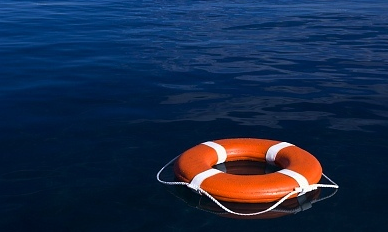 The truth hurts. Sometimes, intolerably so. The counterpose to truth is denial. Denial, the Yin to the Yang of truth, is pain deferred. Even those of us who love the truth, or simply profess that love, often find ourselves wandering dangerously in a state of denial. Even me–the self-appointed champion of truth.

My denial is personal, about my Ex and the way it ended. About my stupidity and foolhardiness in the face of obvious facts, painful truths and hideous revelations. Our collective denial is the same, but the consequences much greater. Our now academic 12-year anniversary is coming up, within hours. Our monumental, still quite relevant collective anniversary…9/11…is only hours old. My personal denial and our collective denial tap into the same well…of issue avoidance, pain-deferral and a desire to abstain from think the unthinkable.

Like the details of my personal situation, the details surrounding 9/11 are voluminous, complex, complicated and, for the purpose of this blog, besides the point. The facts are out there for those who wish to read and look and dig. If you think that it’s strange that the military was tracking Mohammed Atta through operation Able Danger well before 9/11, or stranger still that it’s not a constant front-page scandal…well, look into it. All of it. You’ll find so many anomalies. The official story looks like an oft-turned Rubik’s Cube, the colors lined up on one side, but the other five are a jumbled mess. That’s what I eventually found after the glow of righteous anger wore off. Those Towers had some personal meaning to me, some life experiences connected to them. Later, though, I acually let the historian in me come out and track down leads, look into facts and sources. I began to think the unthinkable.

And so it was with my personal life. I was so captivated by my interpretation of our story, of her story, that I refused to think the unthinkable. I clung to her official story like shipwreck survivor desperately squeezing a life preserver. I wanted her story to be true…neat and clean and painless. But that couldn’t be sustained. The historian in me wouldn’t allow it. I did the research, I connected the dots and checked out sources. I was crushed. Still, I tried to defer the pain, avoid the truth and the issues. My issues. Which led to questions. Why was I so willing to believe? Was I complicit in my own demise? Was I to blame?

So here we are as a people. The story we’ve been fed is clean and, for the most part, painless. No one but the perpetrators are to blame. It’s cut and dried, neat and tidy. But we are avoiding some issues and deferring some pain. The truth, at least the shards of it that I and others have collected, is very painful. The denial of it is logical, perhaps even a survival strategy. But it has consequences…just ask the Iraqi people. Our denial avoids the issues, which also leads to questions. Is this a democracy? Who truly benefited? Did we ask all the questions, investigate all the claims? Where’s Osama? And, while we’re at it, what the hell happened to the Anthrax Attack?

My personal pain is no longer deferred. I faced it–the truth and issues and the questions. It’s not totally over for me. It will be, sooner rather than later. I crawled out of the dark spider hole of denial I’d hidden in, and the antiseptic of light exposed me to the truth. I had to deal. Had to. No choice. As this anniversary passes–a much smaller kidney stone than it would’ve been later on–I see clearly how we can, so willingly, remain in denial. I understand the deferral of that pain. It will hurt, if and when we do face it. Believe me, I know.

'Gimme Some Truth' has no comments