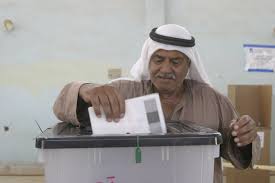 “Fool me once…shame…shame on…you. A fool me can’t be fooled again.”

Our media. Can’t live with it, can’t live without it. Now that they are starting to do their job they’re gripped by the impetus to whitewash their complicity in all that’s happened since that fateful election night in 2000.

Plamegate’s exploding into a full-on scandal about the bogus case for invading Iraq. The poll numbers help. We’ve just crossed the “more than half of Americans think the war was wrong” threshold. Patrick Fitzgerald’s tenacity adds more chum to the water. Iraq is a mess, and it looks like the constitutional vote was jury-rigged. The media cannot avoid looking at the obvious–the Bush Administration misled us into one tragic disaster after another. We’ve been “manipulated.”

“We” being the media.

Kudos go out to the media for this new focus on the message management, the control of the media, the falsehoods peddled as intelligence, and the overall tendency of this administration to “create” realities that they impose on us and world. Newsweek has a huge piece on “White House manipulation of the media.”

Our media has bent over time and again, beginning with the 2000 vote in Florida. Greg Palast, working for the BBC, found documented evidence of the manipulation of the vote before the fact. Voter rolls were purged of Blacks. Vote counting machines in Black and Democrat districts rejected votes at an astronomically higher rate than predominantly White, Republican areas. He took the story to CBS, they bought he rights…and refused to run it. From that point forward our media has been a willing participant in it’s own manipulation.

They turned a blind eye to the link between the Cheney Energy Commission and the California Energy Crisis and, later, the invasion of Iraq.

They turned a blind eye to a laundry list of 9-11 facts. They forgot the “put options,” for example.

They gave up on the Anthrax investigation.

They ignored the attempted coup in Venezuela.

They stopped investigating the fall of Aristide in Haiti.

They let the Administration control the torture story…perhaps the most egregious of our recent crimes.

They dropped the Bush/AWOL story, never looked into his DUI–which, it turns out, Harriet Miers fixed-up for him.

They swallowed the Iraq war rationale like a talented hooker. Unlike Monica, they didn’t leave anything behind on the dress.

And what about the irradiation of Iraq and our soldiers by the use of Depleted Uranium ammo? Haven’t heard much about that, eh?

And this is the media that bought into W’s scripted press conferences, covered unreflectively W’s starring role in the “Mission Accomplished” B-Movie, refused to pursue the fake rescue of Jessica Lynch, and participated in every managed, staged event this White House has concocted. Willingly. Gladly. Like the high-paid sluts they are. And they don’t have a childhood of abuse to explain it.

As they look back, they see that they’ve been scooped…big-time. By Democracy Now, Pacifica Radio, much of the European press…and a horde of alternative news outlets on the internet. They missed the story. In fact, they turned their heads.

Now we have fake conferences with soldiers, a faked Al-Qaeda letter, the faked uranium document…faked, faked, faked. It’s simply gotten to the point that they cannot ignore it. Imagine what else has been faked and put through the 24-hour news cycle…littler things, domestic policy things.

But it may be too little, too late. It certainly is for thousands of Iraqis, tortured Afghan farmers, dead American soldiers and, economically, the middle class. Oh, forget about the working and lower classes. Everyone else has.

Because the media let themselves get “fooled” over and over again, the American people and the world will be paying for decades. This vanity-driven focus on “how we’ve been manipulated,” the scoop on how they got scooped, only highlights the problem with our Fourth Estate. Now, it’s the “big house” and our media came in from the fields years ago.

That being said…we have to have it and I guess we should just be glad it’s happening now. As an historian, I’d at least like to see the judgment of history ascertain that these crypto-fascist bastards were thugs and criminals. That may come out of this scandal.

'Media Cries Wolf' has no comments