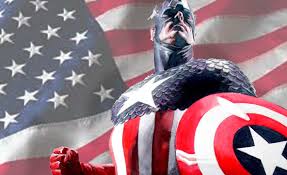 Why we fight. It’s an old argument, made time and again, to explain why nations must go to war. Throughout the 20th Century, those in war-making positions have had to do their best to create the circumstances conducive to war, or have extolled the virtues of war, or Cold War, to the washed and unwashed masses they lead. My operating principle on human nature is that we are essentially peaceful, at least collectively.

Individually? Yes, we are often powder kegs looking for a match…or simply stuck in the moment…unreflective, denial-ridden and full of intent. Crimes of passion, right? But it’s a different thing to organize a whole population into blind fury and unreflective violence. It takes something big. In Mein Kampf, Adolf Hitler called it the “Big Lie,” and he held forth on the effectiveness of that power ploy to mobilize mass society. We, too, as a people are seeing the fruits of lies and the wars they beget. It’s why we’ve spent so much time–finally–on the CIA Leak Probe. We keep reading that it’s spread to the case for war. It’s always been the central issue…that we bought into the big lie.

We, as Americans, found ourselves in a highly unreflective mood when the case for war was being made. 9-11 will do that. Much like the burning of the Reichstag did in 1930s Germany when it echoed forth a fear of communism and disintegration that led many Germans into the security of Nazi certainties. 9-11 gave us a “them ” who hate us–religious zealots and suicidal maniacs. We got Homeland Security and war to assauge or fear. Back then, they got the Fatherland and freedom from Bolshevism.

Here and now, the simple inclusion of Saddam and 9-11 in the same sentence left us wanting…for retribution, for the satiation of unconnected bloodlust and unchanneled vengeance…for an object for our unreflective anger. Perhaps it’s time that leads to the sort of reflectiveness that begets a growing investigation, a fall in poll numbers and the disarray many of us now revel in watching. Although many of us are also reflective about the “too little, to late” nature of it all. Alas, we take what we can get.

What will not come out of this is that we had a willingness to believe, to believe the rhetoric of revenge, of anger, of unattributed inadequacies. We lashed out at Iraq because they symbolized something wrong within ourselves. We assisted Saddam all along the way, we invested in him financially, with a host of weaponry, with intelligence. Saddam was Saddam. But Saddam was the Saddam we attacked because of our problems, our deficiencies. But most of us don’t reflect on the outcomes of our foreign policy and the way others see us…and he can be made into “the next Hitler” with a little nudge from some amateurish propaganda. He was a great object for unreflective violence. And he had something we wanted. C’mon, we all wanted his oil…even if we needed to console ourselves with songs of freedom and democracy.

And Osama gets away. We never seem to mind to much that the real object goes by, hides away in a cave somewhere. That we keep on missing the point.

But that is the problem we face. We may get to the bottom of this story, but not to the roots causes that will allow it to happen again. Until we look at our denial-based society…a Wal-Mart of cheaply manufactured collective neuroses, pregnant with future possibilities for war-makers and policy-benders…we teeter on the brink of unreflective violence. We could be–collectively–a people at rest, at peace. But we can’t depend on the individuals in charge to be reflective, not that way. They are individuals, and there is a good chance they know what they are doing. It’s up to us as a people to look at ourselves. Where’s the Special Proscecutor for that?

'Why We Fight' has no comments