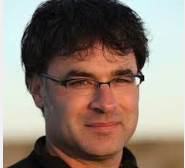 There is the “news” we get here in the bubble, and then there is the news that the rest of the world gets. We wonder “why they hate us,” we ponder the resistance of “Old Europe” to our foreign policies and we wallow in the half-truths and take solace in the hidden from view implications of our American Empire.

The assessment of Americans by the rest of the world usually puts us into one of two types.

One is that we are hypocrites, vulgar in our tastes and appetites, willing to kill and consume indiscriminately, preaching love of the Lord and democracy while breaking all of the Commandments and political principles we espouse. We are selfish, self-important and self-serving. Ultimately, we say whatever it takes to get whatever we want.

Two is the forever smiling bumpkin…unreflective, childish in our tastes and appetites, unaware of the killing that goes on in our name. Our undereducated, simplistic minds cannot process the complexities of the world. We preach backwards religious principles that put us squarely in the 14th Century. We reject science and philosophy, wallow in anti-intellectualism, revel in adolescent sex and violence. Ultimately, we are kinda stupid. Fat, happy and stupid, that is.

Of course, we can find Americans who fit either category. But the truth is more pernicious. Americans are simply not told. Not told the truth…the truth about most everything. Those who know really have to work at…seek it out…read the foreign press and watch foreign news. They have to understand “psychological operations,” and how news is created in editorial meetings. They have to study American history and read book after book. They cannot rely on public education to equip them…not anymore. They have to look beyond the bubble.

That bubble is being pressed upon by an Italian documentary on the use of a chemical weapon in the massacre of Fallujah. We used new, improved napalm–white phosphorous. Called “Willy Pete” by soldiers, it disperses a fiery, deadly cloud…burning everyone it touches, cannot be extinguished by water due to it’s acidic, chemical composition and blisters the lungs. It melts flesh. It asphyxiates those who simply breath it’s toxic cloud. It was used in the attack on Fallujah.

Now, this is news to most Americans…that is, if they see the footage now circulating on the web–not on any US media outlet, of course. And that’s the problem. Americans who don’t seek it out will never see this footage…of women and children burned by the chemical agent used throughout the Fallujah “campaign.” They will not see the charred flesh, the unburned clothing. It often burns flesh, but not fibers. They will not see the dead animals…choked by the clouds of Willy Pete that never burned them. They don’t know about the civilian causalities. They do not know that it is a chemical weapon at all. They don’t know.

Now, it was reported at the time…mostly by Dahr Jamail…an independent American reporter who has done the best, unembedded work coming out of embedded Iraq. Only those who turned to alternative media knew it when it happened. Now the facts are out there…swirling around Europe and the world. Still, the mainstream media will not show the footage and the horrific consequences of our invasion of Iraq. Causalities are hidden. Civilian death numbers are under-reported…but, then again, the Pentagon ordered Iraqis to stop counting civilian deaths long ago. We can’t see the returning coffins, or any real footage of the daily battles, the wounded and killed that pile up every night.

How would a good, God-fearing Midwesterner react to this footage? We will never know, because the media is complicit. It is mostly useless, even after the steroid injection of Katrina. Since the end of Vietnam, the media has slowly morphed into a propaganda arm of the military-industrial complex, of the pharmaceutical-industrial complex, of the prison-industrial complex. This invasion had a non-permeable membrane around it. The bubble was completed during the 2000 Election, and the truth doesn’t seep into the mainstream bubble anymore. The world knows about the 2000 Election. About the oil pipeline in Afghanistan. And on, and on, and on.

Americans are basically good people. I’ve traveled enough to know that. But they just don’t know. They are not given the facts or the awful truth about the outcomes of their consumption, their votes and their leaders’ decisions. They don’t know how their own political system works. They just don’t know. The people who should be telling them don’t. Mainstream journalists have access to the same information the alternative media does, but they ignore it. They rely on political leaders to set the story, to make the news agenda. They follow. They wave the flag. And the bubble grows.

If you know, and you are an American…please tell someone who doesn’t. It’s all we have…to tell each other, to send links and make copies. The bubble will not be popped by a dozen Italian documentaries. It has to be compromised from within. Watch the footage…send it to someone who wouldn’t even know it exists. Let’s pop this damn bubble.