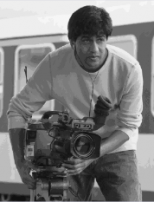 The Nuremberg Trials closed the book. A book of horrors, a book of torture and killing and genocidal zealotry. A fitting end to those who set in motion the death of 40 million people. The end of World War II.

Filmmaker Steve Palackdharry has made a poignant and strangely trenchant documentary, Journey to Justice, about the story of a German Jew who, after fleeing his homeland, wound up participating in the Nuremberg Trials…in the prosecution of the men who forced him out of his home, his life…and took from him his family.A German Jew. The irony is that German Jews were, up to the rise of the Nazis, very German. Very patriotic, supportive of their country in World War I…a wealth of talent and intellect and manpower that the Nazis squandered. That they drove into nations of their enemies. That they murdered.

Journey to Justice takes us back to Germany, and back through the events that lead to Nuremberg. The personal story is compelling. The history of Nazism through the eyes of a victim. Judgment at Nuremberg made personal.

Watching this unfold–all the warnings that turned into indignities, evolved into injustice and then mutated into torture, ethnic cleansing, war and Holocaust–is compelling. Yes, it’s history…well-known history. But in watching the film one is struck by just how little we’ve learned from history. How little long-term success has come out of the Nuremberg Trials’ attempt to put man’s amazing capacity for inhumanity into a rational, law-based context. How little the precedents and laws on war crimes seem to matter just six decades later.

Because it was not war that was on trial. It was war crimes. Crimes that stretch the elastic boundaries of war itself into untold brutality, terrorism, torture and genocide. America spearheaded those trials. We were, at that one gleaming point in time, the beacon…the hero…the lawgiver.

But now we are the enemy of the laws we helped to create. We are exploiting every loophole, telling every lie…committing war crimes without remorse. You see, it’s the remorse that really matters. The insanity of war causes men to do terrible things. But the lack of remorse, after the all the battles have been fought, cannot be explained within the insanity of war. It begins to look like evil.

So we torture. We found out last week that Rumsfeld was monitoring the torture of one man on the weekly basis. We bomb civilians. Tens of thousands of them. We put thousands of Iraqis in “detention centers”–a soft euphemism for concentration camps–and we torture them. We hold them without charges. We drive them from their homes.

We use chemical weapons. At least, that’s what the Pentagon called White Phosphorus in the early 90s. But now it is an “incendiary weapon.”

Not “chemical” according to the current euphemism.

And we are committing acts of genocide. Not the terribly efficient kind of Nazis camps, but a slower sort of genocide. Slower, but with even longer consequences. Depleted uranium has rained down on Iraq. First in the Gulf War, and now since our invasion and occupation. This depleted uranium disperses and contaminates. The air. The soil. The water. The body. Cancer has grown exponentially since the Gulf War. Birth defects are rampant throughout Southern Iraq. The pictures of deformed and stillborn Iraq babies are staggering. And now we’ve done it again. All across Iraq. Even in Baghdad.

This genocide will last for centuries. There is no liberation from the radiation. The Allies were too late to save millions upon millions of European Jews, various democrats, homosexuals, dissenters and gypsies. Will we ever be able to stop the poisoning of a land and a people? Poison that, by the way, floats on the air to far-flung places around the region. Poison that affects our own troops. That caused Gulf War Syndrome.

I am a historian of fascism. I’ve studied it. Written about it. Reviewed it over and over in my mind. Watching Journey to Justice reminded me why I looked into the abyss. It is there…it is real. It must be understood. It is a journey, too. Into the depths. And it has changed me. But it is history, right? It’s over, right?

The journey Steve Palackdharry took, across sea and land and time, has not stopped. It did not stop in Nuremberg. As much as we’d like to think it did. As much as I’d like to think it did. To think that the last chapter of that book has been written, the tome placed upon a shelf to gather dust. Rather, we are merely writing the next chapter of that book. A book that has been filled with war crimes in Guatemala, Chile, Vietnam, Cambodia, El Salvador, Angola, Rwanda and the Sudan.

Strangely, a close look at the history of the last sixty years finds us…the US…involved in many of the war crimes. In most of those countries…we did it, or trained and armed and advised those who did it. And here we are again. Like Vietnam. But worse. Because Americans are, unlike that war, not too concerned. Gas prices. American Idol. Distractions. Indifference. A lack of remorse.

In Journey to Justice, Hermann Goehring’s lack of remorse is noted. Unabashed. Defiant.

But it is too much to expect our leaders to show remorse. Not these leaders. Not leaders who pulled the plug on US involvement in the International Criminal Court, who did legal gymnastics to find loopholes in the Geneva Conventions. To undermine the laws that flowed with retributive humanity out of Nuremberg…to protect themselves from prosecution.

Here we are. We can watch one man’s Journey to Justice. We can learn. We can try. We can feel remorse.

Or, we can wait and hope…that someone will stop us and that someday, somehow…some tortured, displaced and exiled young Iraqi who lost his family will have his own journey. And that we will finally learn the lessons we once tried to teach.

'Judging Nuremberg, Judging Ourselves' has no comments