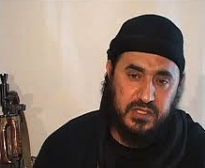 Abu Musab al-Zarqawi. The highly pixelated face of Al Qaeda in Iraq. The webmaster of terror. The symbol of Iraq as ground zero in the war on Islamic evildoers.

A “one-day” story appeared last week in Post. Unfortunately, one-day stories give a glossy finish to the veneer of journalism. This one-dayer referred to Pentagon documents and interviews with personnel. This story exposed the Pentagon’s Psychological Operation…to exaggerate the role of Zarqawi in Iraq.

Let’s just think about this. The Pentagon has been running a PsyOp to exaggerate the role of Zarqawi.

Now, Zarqawi’s rise has been a stunning one. First, he rose from the dead. That’s right, the Pentagon had him listed as dead after a battle in Afghanistan. And he grew back a leg. Media outlets reported he’d lost a leg along the way.

Then he appeared. Alive, with a leg and in a mask…decapitating Nick Berg. That infamous video. The beginning of the Al-Qaeda-ization of Iraq. Of course, it was interesting to consider Zarqawi’s power of regeneration and ability to stand up and cut off Nick Berg’s head. Stranger things have happened, right? Like the oddity that Nick Berg had, according to then Atty General Ashcroft, shared his laptop and email account with two of the 9/11 hijackers. Or that he was in Iraq, jamming around the country on his own with a well-worn copy of the Koran. And working on the radio transmitter at Abu Ghraib. Right after the torture photos hit the media.

Oh, the odds. The odds that Zarqawi would be alive, leggy and capture a man who cavorted with two hijackers.

Then came the Al-Qaeda phase of Iraq. Iraq as Al-Qaeda battleground, not as sovereign nation with no Al-Qaeda ties under a brutal US occupation. An imperialistic story gave way to a great story about the struggle against evil. Raw meat for fearful Americans. Grist for the propaganda mill we call the White House.

As the ignored article states:

For the past two years, U.S. military leaders have been using Iraqi media and other outlets in Baghdad to publicize Zarqawi’s role in the insurgency. The documents explicitly list the “U.S. Home Audience” as one of the targets of a broader propaganda campaign.

Frankly, there is good reason to believe that Zarqawi has been dead all along. Too many things had to happen to make him the face of evil. What little video we’ve seen has been so pixelated and distorted…to the point that this television producer must question it’s veracity. It would be damn easy to take digital images and make them move that poorly, with that much distortion.

And then there are the statements, often transmitted over the internet. Has it ever occurred to you that all of those Al-Qaeda statements posted on “militant websites” can be traced? You know…by IP address? To the server? Like the NSA and Pentagon is doing to us domestically? Why can’t the spysters in the Pentagon shut down these websites?

Maybe they don’t want to shut them down.

Obviously, someone in the Pentagon is trying to put the brakes on the spin, because it’s spinning out of control. Spinning us into Iran. There are many good people at the Pentagon and they are trying to tell us. This PsyOp info is, to anyone willing to pay attention, stunning. A stunning admission that what we are told is often manufactured. That the US is a target audience for PsyOp info…to cajole, to enrage, to manipulate. To generate consent.

Zarqawi. The Max Headroom of terror?

We have been living one complicated, expansive, multifaceted PsyOp since the 2000 Election. But here is a peek past the curtain. A scary, troubling peek into the edit room where reality is cut and animated and spliced and produced.

Zarqawi has been a PsyOp. And it begs the question…where does it end?

'Zarqawi, We Hardly Know Ya' has no comments