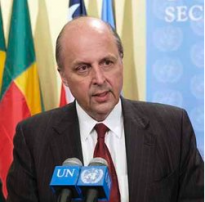 It’s official: we are “losing” in Iraq. That’s right, Robert “Let’s not talk about Iran-Contra” Gates got fast-tracked into Rumsfeld’s job with only two Republicans dissenting (yeah, Republicans…no Democrats). Why? Mainly on the basis of his “candid assessment” that we are not winning in Iraq.

I can’t imagine what would cause him to say such a forward thinking, insightful and courageous thing!

The Democrats kissed his feet and placed laurel leaves on his head. Yup, you know you can count on those Dems to ask the tough questions. Forget the fact that many voted for the Patriot Act and, for the most part, the war authorization that got us into Iraq. Forget Iran-Contra and Gates’ history of intel jury-rigging. No, really. Forget it…it helps the medicine go down.

But they get a pass, I guess, on Gates because the “truth” he was telling was intoxicating. They were drunk from “candor-filled” cup Gates served them. But Gates was a mere aperitif.

The Iraq Study Group. The ISG.

Weeks of build-up. Hours of blathering by “journalists” and the commentators they have come to resemble. The ISG is bi-partisan dish served piping hot…eand veryone’s scarfing down the “truths” like a Thanksgiving dinner. Lots of thanks being given for their “hard work” and “bi-partisan consensus.” That’s right…both sides agree that the strategy in Iraq has failed. Wow! Revelatory stuff.

To bad it’s mostly bullshit. A plateful of cold re-hash, warmed enough to convince the hungry to eat it.

It’s even a bit offensive.

The two thrusts of the report are redeployment of American forces and increasing responsibility for the Iraqis.

Redeployment is likely to happen. It was probably part of the Bush-Cheney-Rumsfeld plan all along. Yup, our troops will be “redeployed”…to the permanent bases they’ve been building near the Iraq-Iran border, to the largest US embassy in the world and to the safety of the Kurdish-controlled area. They’ll be redeployed to Qatar and the Central Asian “Stans.” Phased out of the quagmire only to remain in the imperial mix.

The civil war, a.k.a. sectarian violence, is not really a problem over the long term. In fact, it keeps Iraqis busy killing each other and makes it impossible for US forces to exit completely. If the Iraqis were a functioning democratic state the first thing they’d do is ask us to leave. Had the Wolfowitz-Rose Petal Scenario transpired, we would’ve been forced to leave two years ago.

But no, Iraq began it’s “democratic period” with the dissolution of internal systems of governance, of security and widespread looting. Initially, Sunnis and Shiites cooperated in their attacks on US forces. Remember that? Yeah, it’s true…that was the story. But shortly afterNegroponte entered the scene of the crime…the crime being the blatantly illegal invasion…roving death squads appeared and sectarian vengeance eclipsed cooperation between Sunnis and Shiites.

It’s merely coincidence that Negroponte is infamous for setting up death squads in Central America. Christ Almighty…it’s so hard to get rid of those Iran-Contra bastards.

Then came the mosque bombings. Now, many in Iraq believed that it was not Iraqi Sunnis or Shiites attacking mosques, but an outside force. Many believed the US was behind it. And when you have roving bands in masks…when you have wide open borders unprotected by US forces…and you have British troops caught red-handed conducting “sectarian attacks” in disguise…well, it’s something worth considering. Because the sectarian violence has keep the $2 billion per week pipeline open. A pipeline from the American taxpayers that runs into Washington, DC, through Baghdad and back into the bank accounts of US defense contractors.

Is it any wonder that we read this week that there are almost as many contractors in Iraq–100,000–as there are US troops. Blackwater, CACI, Titan, KBR…they are making a killing off of the killing.

The other beneficiaries of the sectarian violence are oil companies and the Saudis. Quarter after quarter of record profits with the second largest oil reserves in the world tied up in chaos. Oil markets get spooked. Oil stays in the ground…so those irresponsible Iraqis cannot pay for our invasion of their country, as Wolfowitz predicted.

Oil markets get spooked and prices rise. Sure they’ve fallen in the $60-70 range. Isn’t that great? Yeah, until you look back to pre-9/11 oil prices down in the $15-$25 range. And if you think oil companies are making a killing, just think about the petro-dollars pouring into the accounts of those Bush-loving Saudis!

It is notable, though, that the Iraq Study Group did recommend that Bush “assure” the Iraqis that the bases we’ve built are merely temporary. Sorry, ISG…those bases are there to stay. I guess they ignored the Project for a New American Century’s openly secret plan for the Middle East: Rebuilding America’s Defenses. It’s okay, though…so has everyone else in the media and those oversight overseers in Congress. Oversight has two completely different meanings, by the way.

Ignoring PNAC is an oversight, I guess.

Part of the proposed redeployment, according to the ISG, involves increasingly embedding US troops in Iraqi army units. Which brings us to the great, disgusting lie at the heart of our involvement in Iraq: “Iraq as a Fledgling Democracy.”

Iraq is not a democracy. People “voting” and dipping their fingers in ink means…they voted and dipped their fingers in ink. There is no legitimacy in the system. Iraq did not evolve into a democracy. It did not have a revolution. It did not have a struggle of Iraqi people to create a democratic state. No, it was imposed upon them. The Iraqi leadership’s legitimacy comes from…the barrel of a gun and the whims of a foreign power. Hmmmm, does that sound like a democracy to you?

That’s why we keep hearing about training the Iraq army…so they can stand up and “take responsibility” for their own future.

The democratically elected government of Iraq needs a large, functioning military to enforce and preserve its legitimacy. Now that doesn’t sound like a democracy…not by any definition of the word. We are not splitting hairs here…between a republic or a democracy, between federalism of parliamentarianism. We are talking abut a militarized state that imposes legitimacy for the “elected government.”

Hell, that describes many of the communist states we used to battle as enemies of democracy.

No, the idea that Iraqis have to take responsibility for their own future after we decimated their ability to provide even the most basic services to its people…it’s a disgusting and immoral idea. Unfortunately, Democrats are increasingly on board with this bullshit idea of Iraqi responsibility. The ISG gives political cover in the guise of bi-partisan statesmanship to those who want a graceful exit from Iraq, who want a way out without accepting blame for the mess they’ve made…for the awful decision each and everyone involved made, both in the Administration and in the Congress.

As former military man and think tank talking head Anthony Cordesman wrote: “The US in effect sent a bull in to liberate a china shop, and the ISG now called on the US to threaten to remove the bull if the shop doesn’t fix the china.”

Which brings the issue of the Iraq Study Group front and center. Despite Bush’s instant, yet amorphous, intransigence to some of the recommendations, the ISG is doing him a big favor. It is sharing the responsibility. It is bi-partisan. It really isn’t anything new. And it is opening up the issue of blame.

Because the responsibility is not on the Iraqis…it’s on us. All of us. We destroyed a nation. This is another Afghanistan…or Congo…or Guatemala. A nation that could be a failed state for decades.

It’s the issue of responsibility that is at the heart of the Iraq Study Group. Shifting the onus on to the victim and sharing future blame….from the report’s issuance forward…in a bi-partisan way.

The ISG says little or nothing that is new, save that it transforms future thinking about responsibility for the crime that is the war in Iraq. In “rebuking” Bush in a bi-partisan way, the GOP has it’s exit strategy from association with W’s legacy.

And the Dems have now taken a big bite that they’ll spend the next two years chewing.

Because so few stood up before the invasion. Because somehow they didn’t see the voluminous reports in both the alternative and European media debunking the Iraq-WMD-Al Qaeda mythos. Because the Senate was empty when Sen. Robert Byrd made his amazing speech before the authorization vote…a speech that warned of the Constitutional crisis and long-term damage that open-ended vote would create. Because they were complicit cowards in the face of outrageous claims and less-than opaque lies.

In the final analysis, unfortunately, Cordesman has it right. The Iraqis will end up be punished the most…punished for not cleaning up the mess we’ve made.

'Iraq Study in Futility Group' has no comments