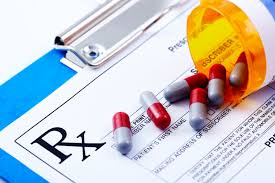 Don’t you want to abilify yourself?

Don’t you need to abilify yourself?

Who wouldn’t want or doesn’t need a little abilification in these hectic, stressful times?

At the very least, you probably know someone…perhaps even a member of your own family…who needs to be abilified. In fact, that was one of the rationales given by President W for going into Iraq. He wanted to “abilify” democracy in the Middle East.

So, you ask, how do you get abilified? It’s simple. Ask your doctor.

In case you haven’t seen the soothing, helpfully-worded T.V. ad, Abilify is yet another drop in the overflowing bucket of pharmaceutical fixes designed to solve all your modern problems. Yes, you guessed it. Abilify is designed to help you cope with depression.

How many depression drugs does that make? Prozac. Lexapro. Effexor. Paxil. Wellbutrin. Cymbalta. And on and on. And on.

Not that untreated depression is a good thing. It isn’t.

But the advertising and marketing of drugs…for just about anything and everything under the sun…has turned the centuries-old doctor-patient relationship in its head. No longer does a doctor examine you, assess you and refer to her expertise when prescribing a course of action. No, now the drug companies have “empowered” you to assess yourself and go into the office with a specific drug “fix-it” already in mind. Consumer demand for pharmaceuticals is through the roof because the drug companies have trained consumers to demand their products.

The drug pipeline is wide open. Ads for a cavalcade of pain-relieving intoxicants, mood-shifters, sleep inducers, stomach settlers, eyelash enhancers, erection sets and child-numbing elixirs fill the gaps in-between your favorite sitcoms, crime dramas or ballgames. The commercials are so numerous and repetitive, the names of the products become slightly annoying, faintly-recurring mantras in the back of your mind.

Some sound like the actual names of those aliens in the bar scene from Star Wars. Wasn’t that Crestor playing a card game with Zocor and Zetia? And the dude with the death sentence on twelve systems? Yup, that’s Valtrex. He’s been up to no good with that Walrus-looking dude named Vioxx.

The marketing mavens seem fixated on these mystical-sounding monikers. While some could be the rulers of far-off galaxies, others sound like uncharted regions of Middle-Earth: Avandia, Lunesta and Geodon.

Others drugs seem to be branded like kitchen appliances designed to make your life easier. Advair could’ve been a ventilator for an indoor barbecue. Flomax? Water filtration, of course. And Adderall? The very latest in industrial-inspired kitchen mixers. Have a lot of ingredients? Go ahead, add ‘er…well, you get the idea.

The most transparent naming relies on the word “pro.” Propecia…which should’ve been the name of Flomax. Protonix…is what Sulu used to fire at Klingons. And, of course, the aforementioned Lexapro and Prozac. No doubt, they thought better of calling their anti-depressants Amaturzac or LexaRookie.

Some names are just fun to say, over and over and over again. Try saying “Boniva” a few times. It’s fun! “BO-neeva!” Ain’t it a kick? And, even better, Sally Field is the spokesperson! Boniva sounds like something Burt Reynolds did to her when they were filming Smokey and the Bandit, or like the latest, greatest dog food. Can’t you envision feeding your schnauzer a big, healthy bowl of Boniva?

Then there is Yaz! It’s a contraceptive. Not Yazoo. No, just like the 80s synth-pop band, this one is branded specifically for the American audience. Apparently, an aging New Waver in the marketing department pitched this as a pill for sexually-active 40-Somethings. Take it just in case you should you find yourself in a situation.

Then there are the drugs that were just doomed from the beginning.

Last year, a new ad campaign launched yet another stomach acid suppressant. This gurgle-fixer was marketed directly to those who eat too much junk food, but refuse to change their diet. One ad, now absent from the airwaves, showed a portly fellow reeling from eating copious amounts of fast food, potato chips and other processed foods. But, wait! You don’t have to suffer. Simply take AcipHex and eat whatever you want without the discomfort your body is using to force you to stop poisoning it!

Yup. Aci-pHex. Say it. Say it a few times. Now, check out the pronunciation in the one commercial trapped for posterity in cyberspace.

You heard it correctly. It is pronounced: “ASS-effects.”

Wouldn’t AcipHex been the spot-on name for Olestra? Dammit, the marketing folks really missed a chance for some truth in advertising on that one. Although, you’d imagine that eating whatever you want, in spite of your body’s protestations, would lead to some serious…AcipHex.

Finally, there are the ads and drugs that simply fall under the heading of “creepy.” These are the sex drugs. Sad commentaries on Baby Boomers’ inability to accept the march of time, these ads are the most ubiquitous and disturbing. But none come close to the “natural male enhancement” ads of Enzyte:

Whoa. Really? We show this stuff on T.V.?

The sad reality of all these names and the hundreds upon hundreds of drugs crammed on pharmacy shelves, along with those still in the developmental and approval pipelines, is that we’ve become a nation of pill-poppers. The profits are massive, surpassing $300 billion in 2009. Traditional, hands-on healthcare is little more than a distant memory. Gone for many are the family doctors who knew you for years, treated you from birth to old age and spent time with you in the examination room really trying to “treat” you…like a human being. Managed healthcare is all about quantity. It is a consumer product, like the drugs that all-too often replace actual doctoring.

They are the purveyors of amelioration. Not cures. Cures are a bad business model. Look at the variety and increasingly foolish drug names. They provide a clue. The ten-year patent cycle determines what pill we get and when we get it. For every Nexium launched onto the market, there are newer, supposedly more effective versions still in the pipeline. Once Nexium goes generic, the new Nexium is ready to take the marketplace by storm.

Sometimes it just needs a slight chemical tweak and a new, flashy name. Voila! A drug is born.

Chemically similar and doctor endorsed, the speedy approval by the FDA leads to another ten years of patented profits. Of course, there are plenty of instances and plenty of drugs that keep people alive, keep people on their feet and with their families. But you have to wonder about an industry that bypasses your doctor and appeals directly to you with advertising and free offers. Free offers of drugs were, for many years, the tactic of the heroin dealer. The first taste is free, but next time it’s going to cost you. Big time.