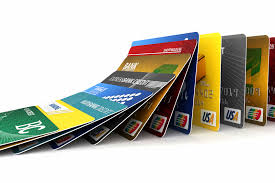 Stalking you at night and shadowing you throughout the day. It never sleeps. It doesn’t need to. It scans, collates and registers its harsh judgments with cold specificity.

Bearing the innocuous name “FICO,” the widely-used credit rating and “risk assessment system” tirelessly works to determine your “creditworthiness.” Over the last twenty years, most Americans have, either by choice or by surprise, come face-to-face with FICO and its potent power to kill a dream or make it come true.

Whether or not you get to take home that HDTV, go into escrow on that house with great “flip potential” or take advantage of that low, 6-month balance transfer APR…it all depends on where you fall on the FICO scale. Ranging between 300 and 850, that number is, for all intents and purposes, who you are in the hurly-burly world of America’s debt-driven economy. The closer you are to 850, the better you look to banks and lenders. If your number reaches 750 or above, debt mongers look at you like a credit-worthy starlet on GHB. As far as they’re concerned, you are ready for action. If, however, you are more in the 350-600 range, they tend to walk on the other side of the street when you saunter down credit card lane.

We all understand the role of risk in lending. We also like to be rewarded for paying bills on time, and we kinda like it when those who haven’t paid on time get punished. Being denied a mortgage or a credit card is the modern equivalent of the Puritans’ stockade.

Unfortunately, the Credit-Industrial Complex reneged on its end of the FICO bargain.

Until the early 80s, they employed a high degree of selectivity when issuing credit. That made it a rarely relied-upon redoubt for working and middle class consumers who instead relied on store-issued credit cards and layaway plans. Some, if you can believe it, actually saved up long enough to pay for a T.V. with…cash! Yup, actual stacks of government-issued bills exchanged hands. Few relied on a VISA, MasterCard or the elite calling card known as American Express. Mortgages were harder to get and young families saved and saved to make that all-important initial down payment on their dream.

By the beginning of the 90s, the high standards of the past were relics of a bygone era.

Like frat boys wearing beer goggles, creditors partied like it was 1999. In fact, by 1999 they were partying like it was 2012. Fueled by a cocktail of Reagan Era deregulation and the “spend now/pay later” mentality of his “economic miracle,” the credit flowed and flowed. Then Clinton, Inc. came to town, loudly chanting their “It’s the Economy, Stupid” mantra. For the next eight years the credit industry had carte blanche to act like drunken sailors. And they did. It quickly became “the economy, done stupidly.”

In retrospect, the economic growth and declining budget deficits of Bubba-Time were mostly an illusion. It was driven by the financial industry, the 401k-fed vapor-ware bubble of the “internet economy” and, by the turn of the century, the bogus housing boom. Thanks to a flood of credit card offers, Americans lived like they were getting richer. In reality, they were on the fast track to becoming poorer.

Monthly minimums were the yearly rent you paid to squat on the goods, services and properties that were actually owned by Credit-Industrial Complex. Like the sharecroppers of the Jim Crow South, each year people fell further and further into debt, even if they paid their perfectly-crafted monthly minimum. You see, they calculated the exact amount needed to keep your debt slowly growing while you paid them for the right to keep servicing it. Like those tenant farmers of old, there was little hope of paying off the debt.

Credit turned into a wealth re-allocation system, concentrating your monthly minimums into the hands of the real investor class—that high-falutin’ top tier so heavily leveraged in banks, financial services and the mortgage market.

And the credit kept coming.

Despite a rapid growth in debt to income ratios for most Americans, FICO was largely ignored no matter how loudly it barked on the outskirts of creditworthiness. The Credit-Industrial Complex regularly walked over the tracks to the sketchy side of town. They hit on those once-unattractive scores with “nothing down” pick-up lines and turned interest-hiding lending tricks. And while you were trying to flip that fixer-upper, the folks on Wall Street were flipping you and your debt to slick financial lounge lizards eager to mop up their sloppy seconds.

Still, throughout the hallucinatory highs and the “credit crisis” lows, the FICO beast remained on patrol, always keeping score. The data collection industry vigilantly monitored your exposure to debt collection industry. And, as you’d expect, scores declined once the credit bubble burst.

During their “credit crisis” hangover, lenders suddenly looked at those scores and decided to have some standards. The credit stopped flowing. They read their own fine print and raised interest rates, monthly minimums and fees. They took a bath, literally and figuratively. Sobered by the stark fear of re-regulation, they looked long and hard at everyone’s FICO score and realized that they’d gone to bed with a 750 and woken up with a 400. For a moment, they cleaned up their act.

But they are out of rehab. And, like archetypical alcoholics, they are at it again.

Credit is once again trickling down to “risky” borrowers. Perhaps they have no choice. With so many Americans out of work, struggling through foreclosures or unable to sustain those FICO-feeding monthly minimums, creditors have few options for their suddenly barren dance cards. Eligible scores are fewer and farther between in the Great Recession. And, frankly, they cannot help themselves.

They also know we’ve bought in to the mystical power of the FICO score. People are desperate to repair, restore or sustain their scores. Although the credit industry willingly ignored the contract implicit in the FICO system, the American consumer continues to believe that “creditworthiness” is the sum total of their worth. True enough, buying a home or a car or, oft-times, renting an apartment is tough if your score is under the magic median. And, increasingly, employers look at credit scores in the hiring process…condensing down your life’s experience to one scarlet number.

Perhaps it’s time to reject the very notion of FICO. To force the issue by refusing to play the credit games required to rehabilitate our lagging digits. Maybe it’s not such a bad thing to save up and pay cash. Try a little addition by subtraction. Take the plastic out of your wallet or purse. Leave home without it. And if they keep increasing the speed of your credit treadmill? Jump off. Take the leap and ignore the score, just like they did.

Maybe it’ll take enduring a little short term pain and some constricted credit to neuter the beast. The more folks wait out greedy creditors and ignore the threat of—gasp!—a low credit score, the quicker FICO will be forced into a holding pen of irrelevance.

So, stop jumping when it starts barking. Until you do, they’ve got your number.

'The Number is a Beast' have 2 comments