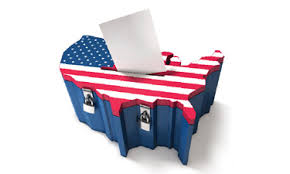 Today in Congress, a group of millionaires cast votes to decide who among them will be the primary sales rep for the multi-millionaires and billionaires who own America, Inc. Rep. John Boehner took the gravel from Rep. Nancy Pelosi and, essentially, got promoted from regional sales rep to national sales rep. He’s now the lead Congressional middleman and number-one legislative pitchman for an incessantly rebranded product we call “American Democracy.” American politics, after all, differs little from the epic battle between Coke and Pepsi, with two companies fighting over the same weary market using re-packaged, re-formulated products that, in the final analysis, offer consumers no real choice. A little sweeter or a little spicier? Pick one. Canned, bottled or in a petro-chemical jug? You choose! All taste and no calories? We both got that covered, too. It’s all basically the same flavored, carbonated water. C’mon, just pick one and call it “freedom of choice.” Essentially, the ascendance of the GOP to the “leadership” of the House is just a product re-launch. And Boehner’s tears? The political equivalent of high fructose corn syrup, overly manufactured and sickly sweet. Drink up! Or don’t. Because we do have a choice. Although the last decade seems like an object lesson in the futility of voting, with two jury-rigged elections and the sad impotence of “Hope,” there is ballot we can cast. Although there are, by a recent accounting, 261 millionaires in Congress who consistently vote to transfer more and more money to the people they actually represent—the ruling class of multi-millionaires and billionaires, there is way to register a vote “no-confidence.” The buttons we reticently push on those democratic ATM machines in schools, libraries and courthouses don’t have nearly the same impact on American politics as all those humming ATM machines lodged safely into the exterior walls of countless banks. It’s the money, honey. And the real votes that have real consequences are the dollars “cast” by lobbyists and wealthy benefactors and corporations. And they are cast by us…as consumers. The Supreme Court has determined more than once that money = political speech. Money is, for all intents and purposes, a vote. Constitutionally protected. 100% guaranteed. This is not news, right? So, screw the ballot box and start voting for real. Start voting with the quintessential American ballot—the Almighty Dollar. What if we stopped sending our money to the two parties? What if we stopped watching their ads? Stopped canvassing for their tired versions of a low-cal cola? What if we punished them by starving them of their life-blood? If the Supreme Court is right, and it certainly has bent the laws to match the reality, we do have access to “political speech.” We just don’t have as much of it as the ruling class. But, if we stop throwing good money after bad, we might force a few sales reps to take notice. And, if we start targeting our dollar-votes to prefer those companies that match our views, desires and goals, we might begin to get noticed the same way a lobbyist does…by waving the green flag. Treat both parties like “New Coke.” Reject them with your dollars. America’s bottom line is…the bottom line. Hold back your dollar-votes. Although you might not be a millionaire, they do rely on your contributions and your votes. They need market share graphs to take to those venture capitalists on K Street and in boardrooms. Hit their bottom line. Boycott. Get friends to boycott. Stop buying the products that eventually fund the lobbyists. Start a viral campaign. Start punishing the companies that use dollars to elect all those middlemen and women, all those annoying regional sales reps currently clogging up Congress. Hit them were it hurts, in their bank accounts. Don’t like a congressman? Find a corporate contributor and organize a boycott. Make companies pay for paying off a politician! However you figure it, just follow the money and then cut it off. Use their greed against them. And if it’s just you boycotting? Fine. At least you’ve retained your self-respect. Frankly, you wouldn’t give your money to a mechanic who never actually fixes your car, but keeps on promising to fix it each time you bring it in. Hell, he’s probably loosening screws and bolts so you’ll have to keep coming back, over and over and over again. The best way to close their shop is to stop giving them, and their wealthy bosses, your valued business.

'Votes of Confidence' have 2 comments