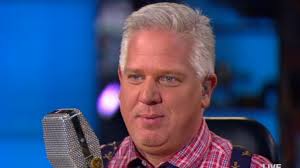 Was it a joke? Or was it a momentary lapse into reason? Did Glenn Beck actually say something poignant and trenchant?

We must’ve been hearing things. It’s inconceivable that FOX’s primetime showman would dare to feature a central tenet of environmentalism in one of his shock-seeking, jingoistic rants. But, then again, the transcript doesn’t lie…not like those promos that blatantly and callously use the word “report.” So, here it is…you decide.

Beck, in a long diatribe about the disaster in Japan, said: “Whether you call it Gaia, or whether you call it Jesus, there’s a message being sent and that is, ‘Hey, you know that stuff we’re doing? Not really working out real well.’ Maybe we should stop doing some of it.”

Huh? That sounds like he’s talking about Mother Earth! About the great green goddess called Gaia! Or, even more shocking, he may have been referring to the revolutionary idea that the Earth is, in fact, a living being. The Gaia Principle describes the planet as an inter-related web of systems expressed as a global unity. A life-force must be respected and cared for and cherished.

He said that? Wow!

Unfortunately, this was Glenn Beck spouting off and not, for instance, Jane Goodall or E.O. Wilson. Put back into its painfully cock-eyed context, Beck’s use of “Gaia” was merely the set up to another rambling, logic-defying jeremiad. After an hour of drawing conclusions in black and white crayon, Beck told us that we’d transgressed God’s vengeful sensibilities and, therefore, mankind once again reaped the creator’s justifiable, Old Testament-like wrath…this time in the form of homicidal earthquakes. It would seem that, according to the Gospel of Glenn, the Japanese died because of our sins.

But, citing a common religious tradition that Beck knows all too well, let’s take Glenn the Apostle out of context. Because there is a moment of truth expressed in those hastily spoken words. When we look closely at the “stuff” we have been and continue “doing”—with the atom and the genome, with plastics and poisons and chemicals of all kinds—it truly isn’t “working out real well.”

And Gaia is telling us so.

She’s been trying for decades to send us a message about our atom-splitting agenda. The letter to Fukushima is just the latest delivery. Her warning comes in the form of various cancers and landscape-altering destruction, but those flashing lights have not stopped those hungry for power, whether it be geopolitical or electric, from tampering with the basic structures of existence. The quest for “more, more, more” keeps us dancing on the edge of destruction. And while science offers tantalizing breakthroughs in unleashing the destructive, mutating forces of the atom, it offers no possibility of stuffing the genie back into the bottle. Or stuffing nuclear waste into the black hole of “safe disposal.” America solved the waste problem by turning it into profitable ammunition and shooting it all over the terrain of other nations.

Science is good at figuring out what it is we can do. It falls woefully short in determining what it is we should or shouldn’t do. Should we rely on nuclear fission? Despite the deadly evidence, we ignore Gaia’s verdict on our trials and our errors with the atom.

Then again, we also refuse to stop littering her with our petrochemical playthings.

Although we’ve gotten better at recycling plastic, it has come too late for the Pacific Ocean. Now home to a floating trash heap, the evidence of our throw-away mentality has built-up into an island of disused bottles, broken down packaging and discarded widgets. The Great Pacific Garbage Patch drifts and grows and, over time, disintegrates into smaller and smaller pieces. So much so, that a huge portion of water between Hawai’i and Japan is contaminated by a filmy plastic residue. We’ve covered the font of life—the ocean—with a toxic blanket. It is not a safety blanket. It shouldn’t keep you warm at night to know that a key link in the food chain is covered in plastic.

However, Mother Earth is not without a sense of irony.

Our ignorant use of chemicals and poisons made our water increasingly unsafe to drink. She was telling us to stop by making us sick, but we didn’t listen. Instead, we began drinking water out of plastic bottles. Those bottles are made with Bisphenol-A, a hormone-altering chemical that, among other things, affects fertility. The joke’s on us, because we are compromising our ability to reproduce by using plastic bottles to deliver the “clean water” our planet used to provide us all…free of charge. Nature keeps on telling us to stop. We don’t listen.

Not content with splitting atoms or shaping plastic, we’ve moved onto splicing genes. Blithely tampering with the basic engine of life—DNA—we cannot know the long-term consequences of our mixing and matching.

Because it looks like Mother Earth is killing the reproductive canary in the ecological coalmine. Monsanto’s new “Roundup Ready” alfalfa seems to show a link to animal infertility, “sudden death syndrome” in soy crops and other ominously-named diseases. Driven by a need to sustain the market for their poisonous weed killer, Monsanto simply altered the genetics of the crops it is sprayed on. They also patent any of the genes they alter, thus claiming life’s roadmap as their privatized intellectually property. They’ve even re-engineered plants to be barren, so that they will not produce seeds. The “Terminator Gene” undermines the mystical engine of life—the ability of DNA to beget more DNA. They’ve altered horticulture and, perhaps, plant biology for generations to come. The immediate outcome is that poor farmers cannot collect seeds for the next season. They must feed Monsanto’s bottom line rather than their hungry neighbors. It’s much harder to project the long-term impact of short-circuiting the essential power of living things to reproduce.

Much like the multi-generational fallout from a failing nuclear plant or an above ground test, we never fully anticipate the unexpected consequences of this adventure in playing God. But, then again, we tend not to think in terms of geological time. The collective fantasy of a 5000 year-old planet, one rooted in a divine exemption from the engine of evolution, ignores the possibility that we could be the agents of our own extinction.

Brother Beck almost stumbled into a moment of truth. Mother Earth is telling us that, on balance, she’d like to deselect us from the future. Infertility, cancer, disease, less and less potable water and more and more contaminated or sickness-causing food…these messages keep coming in, and we keep deleting them from our Wi-Fi connected inbox.

Our world is awash in microwave radiation, hormones and antibiotics, petrochemical herbicides and fertilizers, denaturing solvents and a plethora of industrial by-products and toxic waste. While we wring our hands over climate change, we haven’t even scratched the surface on the poisoning of the land, sea and air. So, whenever Glenn the Apostle prattles on about a thin-skinned God who angrily unleashes hell on earth, think of Gaia’s “thin-skin” of atmosphere, water and land. And of the hell we’re unleashing on all of the life clinging so tenuously to her. Maybe, like Glenn the Apostle, we aren’t quite ready to play God…on TV or in real life.