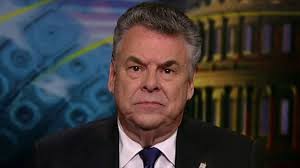 We will not stand for anti-Semitism. Right?

Representative Peter King is testing that premise. He cut to the quick with his attention-grabbing inquiry into the ominous threat posed by Muslims lurking within our own borders and, in so doing, exposed both the depth and power of a racial stereotype rooted as deeply in our popular culture and collective psyche as any we’ve seen since World War II.

Has Mr. King, along with his supporters in Congress and the media, kicked off a new era in America’s long tradition of racial demonization? Is this the camel’s nose under the tent? Are we embracing a new brand of anti-Semitism?

You see, a quick and simple examination of history reveals what may be to many a shocking truth. It also exposes the type of pervasive ignorance that so often feeds the chamber of racism with bullets of hatred.

That’s right, folks. If you or anyone you know off-handedly or reactively degrades, demonizes, hates or simply wants to dispense with all Arabs…they are anti-Semitic. And we can certainly agree upon the need to diligently reject all forms of anti-Semitism.

“Semitic” is a classification older than Abraham and more misunderstood than American foreign policy. Semitic peoples are those who share a linguistic heritage rooted in the Ancient Near East. Both Hebrew and Arabic are Semitic languages. They are both Semitic peoples. But knowing that would require knowing some history. And knowledge, particularly of history, is rarely the strong suit of the anti-Semite. In Nazi Germany, history and science became malleable fairy tales of racial superiority, feeding a meta-narrative about some epic genetic struggle for the purification of the human race.

In America, we’ve found our epic struggle rooted in economic survival and religious purification. We’ve found our Eternal Arab…buying up our country, killing our children, menacing our cities, cutting off our life’s blood and threatening the very foundation of the nation’s identity. After all, they are not really American. They believe in a different God. Swarthy and hook-nosed, they all look the same. They wear strange clothes. Their beards and headwear give them away. And we’ve barely batted an eye as we’ve killed tens of thousands of them. Women, children…no matter. They are not like us and not quite human. Sounds like anti-Semitism, doesn’t it?

If you doubt the depth of the racism evoked by the likes of Peter King, Newt Gingrich or Glenn Beck, step back and take a closer look. Racial stereotypes of Arabs and Muslims are and have been so familiar in our films and TV shows…we barely notice them.

In 2006, a gut-wrenching documentary explored those depths. You probably never heard of it. But it is more relevant today than ever. In Reel Bad Arabs, which you can and should watch for free right here, Dr. Jack Shaheen shows in relentless, shocking detail the extent to which Arabs and, by popular conflation, all Muslims have been, for over 40 years, Hollywood’s reliably acceptable race to kill, to demonize, to ridicule and to fear. But not really fear, because they are also shown to be inept, soul-less, subhuman and slimy. It is the classic line each racist must tread, stoking the fear needed to incite violence and sustain discrimination while also risking the elevation of the menace to the point of being an actual threat to one’s implied superiority. If they can win, doesn’t it mean they might actually be, in the final analysis, superior?

It is a problem that the Jim Crow South worked tirelessly to solve. They did so with a campaign of terror and lynchings, with cross-burnings and the extra-constitutional use of force and segregation. And they did it with a barrage of racist cartoons, movies and imagery.

It is a process we’ve seen replayed at Abu Ghraib, through indiscriminate drone attacks on wedding parties and America’s reliable support of one brutal dictatorship after another. It is a problem encapsulated at Gitmo, where we store them in a state-of-the-art concentration camp and use them as de facto guinea pigs. And we’ve got vile cartoons from Disney, an onslaught of conscience-numbing movies and the widely-accepted imagery of evil, dark Arabs. Imagery that predates 9/11 by three decades, if not longer.

Now, just like suspicious Southerners in 1950s Selma, we wonder what will happen if they decide to turn against us.

Framed against rising gas prices, chronic unemployment and a prevailing brand of fear and paranoia that America has not seen since the Red Scare of the 50s, the Arab and the Muslim offer those holding media megaphones and political titles an easy target—the ready-made devil that obscures the details. Forget our ruthless pursuit of oil at any cost. Forget that we’ve had our boots on their ground for decades, and the fact that we armed both Iran and Iraq as they fought a bloody war of our convenience. Forget the CIA’s support of Bin Laden and the five decades of backing we’ve lavished on the ultra-repressive Saudi royal family.

And forget that the true threat to the Constitution lies not in the hearts and minds of American Muslims, but in the buying and selling of favors that Rep. King and his cohorts in Congress do with such ease and with such utter disdain for the will of their constituents. The real enemies of the Constitution held actual power for eight years and re-wrote the very foundation of our revered document by ignoring due process and transgressing the first principles of a republic based on the separation of powers.

Where are the hearings on the damage caused by the purveyors of the Unitary Executive?

They will never come because we are too busy seeking the dark boogeyman of Sharia Law. Too busy inciting the purest Americans to look suspiciously at their dark neighbors.

The “King Hearing” is, indeed, a test. A test we barely passed when we ignored the thinly-veiled claims that then-candidate Obama was a secret Muslim. A test many still fail today. A test we must revisit by watching what we’ve been watching and seeing the extent to which we’ve all bought into Hollywood’s typecasting. When you do, consider that Arabs and Muslims have been watching all those movies, too. And think of how we’d regard and abhor those images if they depicted any other American ethnic group.

No doubt, those who profit from and survive on this brand of anti-Semitism will continue to associate the guilty with the innocent, will continue to appeal to the basest elements of human tribalism and racial competition. But America has been there. We’ve done that.

We have consistently, if slowly and reluctantly, discarded one racist idea after another. Make no mistake, it is in our national interest to discard one more. Let the people of Egypt and Libya and Yemen and Bahrain…and America…know that we see them as human beings, complete with human desires and foibles and aspirations. But first we must step back from the highly-conditioned tendency to see them and treat them all the same way.