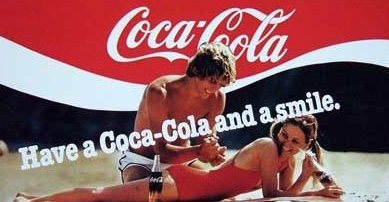 The marketing mavens at Coca-Cola must long for those halcyon days of yore when the simple act of drinking an ice-cold Coke occupied a spot in the Great American Pantheon—right next to mom, her apple pie and the Chevy in which you may have been conceived.

The genial voice-over even claimed that “Coke adds life!”

Well, that was until sometime around 1984 when Coca-Cola finally dropped cane sugar in favor of the super-engineered super-sweetener—high fructose corn syrup.

Ever since, Coke has been subtracting life. People are sicker. Fast food is ubiquitous. Soft drinks are gigantic. And diabetes and obesity are now widely-considered to be epidemics.

But it is not just Coke. A tidal wave of processed foods and sugary drinks has flooded the American diet. This transition to a cheap, highly-processed “convenience-based” diet mirrored the rise of two-income families, a rise in “worker productivity” (meaning Americans work longer hours for less pay) and the industrialization of the food supply.

The American diet is now a mine-field of sickness, empty calories and chemical additives. And the number-crunching folks at Coca-Cola think this mine-field may blow-up in their faces.

How do we know that they know a backlash is brewing?

Titled “Coming Together” and brimming with implications, this new ad is a bit more of a “we-a culpa” than a “mea culpa.” Apparently, we have to “come together” to attack head-on the growing problem of America’s “growing problem”—the obesity epidemic.

But so is high fructose corn syrup. It’s the key ingredient in Coke and, if you look at the label, almost every can of soup, box of cereal and, it seems, just about anything else found on supermarket shelves.

Although high fructose corn syrup (HFCS) is increasingly linked to a panoply of illnesses, diseases and syndromes, it is notably absent from Coke’s pre-emptive strike against legal restrictions of its soda. Rather, they promise to reduce the portion size—the “Half a Coke and a Smile” campaign—and to concoct a menu of new and exciting sweetening technologies.

The trouble with artificial sweeteners is that they, too, have caused illness and even addiction. Seriously, how many people do you know who are functionally addicted to Diet Coke? Aspartame is a peppy little chemical, one that was denied FDA approval for years until pharmaceutical CEO Don Rumsfeld took advantage of connections in the new Reagan Administration to get it quickly okay’d.

Conspiracy-minded folks have good reason to be suspicious of Rumsfeld, particularly after his convenient Tami-Flu windfall during the Avian Flu scare of 2005. Some even believe the epic fail called “New Coke” was actually a bit of nifty subterfuge designed to hide the switch from cane sugar to high fructose corn syrup.

The key element of these suspicions is high fructose corn syrup itself. When it comes to food ingredients, the longer the name of the ingredient, the more likely it is to be bad for you. Finally, after decades of public exposure to HFCS, scientists are starting to weigh in on the impact of Big Agribusiness’ favorite cash crop—one based on government-subsidized and predominantly-GMO corn.

High fructose corn syrup has, thus far, been linked to:

Big Ag isn’t taking this list lightly. They, like the folks at Coca-Cola, know that the research and the public are turning against their little Frankensweetner. The Corn Refiners Association tried and failed to re-brand HFCS as the kinder, gentler “Corn Sugar.” The FDA’s rejection kept HFCS on consumer labels, but it is up to consumers to stop putting this pernicious comestible in their bodies, and the bodies of their kids.

The evidence is growing that those of us who are still growing should not eat HFCS or the panoply of snacks, drinks and fast foods that Big Ag serves up every day. Aside from diseases and conditions and obesity, just ask any teacher about the challenges presented by entire classrooms suffering from the predictable post-breakfast, lunch or snack-time sugar crash.

This obvious possibility—that poor diet impairs learning—is a rational alternative to politicized hyperbole about falling grades and failing teachers, and it may even explain the continuing spike in Attention Deficit Disorders. Perhaps the simple answer to the education crisis is our damaging diet of junk food, chemicals, colorings and high fructose corn syrup.

As the old saying goes, “Garbage in, garbage out.”

And the garbage is going out…to the rest of the world.

Ironically, America now is exporting obesity and switching to HFCS in holdouts like Mexico, which has long produced a cherished version of Coke made with cane sugar. This also portends a global rise in America’s fastest growing disease and emerging profit opportunity—diabetes.

So, take Coke’s marketing pivot with a grain of salt…because that heaping spoonful of HFCS doesn’t help the medicine go down, it helps the profits of Big Pharma go up.

'Half a Coke and a Smile?' have 3 comments