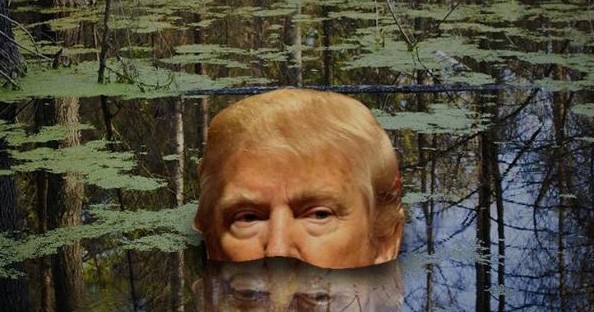 When the news first broke I immediately expressed some trepidation about the appointment of Robert Mueller as Special Counsel. It’s not that I don’t get it … he’s an FBI stalwart, a friend of Comey and, the understandable logic goes, he will defend the Bureau’s integrity and derail a threat to American democracy.

But I also remember the 12 years he helmed the FBI in the wake of 9/11. I recall the rabbit holes they went down in the interest of sustaining the often specious war on terror. We’ve forgotten the hysteria of those years and the ways the FBI aided and abetted it.

That both sides of the aisle now call Mueller a “straight shooter” doesn’t allay my lingering sense that when push comes to shove, Mueller will be a “sound man” who puts preserving the system above all else.

It’s hard not to be, particularly after Pam & Russ Martens and David Dayen penned pieces today detailing the web of conflicted links between Mueller’s employer–WilmerHale–and key people who are reportedly targeted by what I have long believed is a massive money laundering + real estate fraud + corruption scandal … instead of a “Putin is attacking democracy” scandal.

And that’s the rub … because while Trump’s devotees believe the system is attacking their hero, he is actually one of the system’s most grotesque examples of influence peddling and his shady dealings have allowed him to “walk through the raindrops” for decades. There’s no doubt he’s unacceptable to the NatSec state, but he might also be a Jenga piece. If he gets pulled I feel like it could (fingers crossed) begin to unravel a much larger, far more pernicious web that has ensnared American democracy for decades — and that’s the sticky issue of crony capitalism and the manifold ways corporations and wealthy individuals warp government to enrich themselves … often in the name of “free markets,” deregulation and national security. Trust me, the last thing these people want is a free market. They prefer to corner markets, hold them captive and rob them blind.

To my mind, Trump’s administration is the epitome of this swampy mentality and they are scurrying like exposed cockroaches trying to pick up all the crumbs they can before retreating to the woodwork.

And if they do make a mostly unscathed getaway, we will have lost perhaps the best opportunity we’ll ever have to expose the depth of the financial corruption of which Trump is just the most obvious example. But maybe I am being too pessimistic. Maybe Mueller will follow the money and not make it only about a squishy idea of national sovereignty or just about stopping Russian influence on future elections. Maybe he will make it about unpacking an international network of illicit money, of which Trump’s Russian rubles and Jared’s Chinese Yuan are just a part. Maybe he won’t get derailed by shady lawyers who have long tentacles around the necks of a lot of different people. And maybe we will finally see the greedy muck at the bottom of a swamp upon which Trump garishly floats like easily seen pond scum.

Ultimately,for this to be truly productive Trump has the be the beginning of something and not just a self-congratulatory ending that does little to halt the rot at the core of the system Mueller is being asked to protect.

'Can Mueller Drain The Swamp?' has no comments