The persistent oil glut I’ve been yammering about for the last four years has finally reached the tipping point … with the coronavirus now making it functionally impossible for the Oil-Industrial Complex to control this epic glut with geopolitical games, targeted sanctions or artificial scarcity.

That’s key because this glut (which OPEC+ once again tried to stem with renewed production cuts) is happening in a world where, in addition to a number of policies designed to prop-up the glutted market, major producers in Venezuela and Iran have had their output radically curtailed by America’s Trumped-up foreign policy. Now comes this crisis moment, with the black swan of COVID-19 pulling back the curtain on the Wizards of Oil who’ve long relied on mitigating the market with a variety of geopolitical, often-belligerent manipulations and through a cadre of well-greased domestic political operatives here in world’s engine of oil consumption and oil profits.

IMHO, today’s movement of WTI contracts into negative territory has been a decade in the making … ever since Obama opened up the spigot on fracking and, in so doing, threw the entire global oil paradigm into crisis (particularly for Saudi Arabia and Russia). As many of you know, I believe Trump’s OPEC+ presidency was a direct response to the massive glut that was building in the global oil market in the wake of the fracking spike. In effect, Trump was “hired” by the OPEC+ alliance (and rubber-stamped by profit-minded US oil producers) to deal with the chronic oversupply in the market. Frankly, Trump’s presidency was par for a profitable course riddled with purposefully arranged holes, shady sand traps and government-supported putting greens.

But that was then, and this is now … and now that the coronavirus-stricken world is being forced into modeling-in-miniature what the energy market for oil might look like during a transition to a non-oil-dependent economy, we are also seeing why the Oil-Industrial Complex has fought so hard against climate science or anything that smacks of a transition to alternatives. They are not prepared for a world that uses a lot less of what they have in nearly unmanageable abundance. The current market is a case-in-point.

And, truth be told, they were already struggling well-before COVID-19 hit. The market has been sitting around the break-even point ever since the Trump Bump I described in “The Deep State Of Denial About Trump’s Oily Presidency.” That short-lived bump was, like many of the oil market’s movements, a product of geopolitical manipulation of the market.

So, while the Sino-centric neo-neocons opine about the “decoupling” of the US and Chinese economies, I am looking with keen interest at the fascinating break, however temporary, between the Oily Masters of the Universe and the war-driven Empire of Oil they created with brutal impunity over the last 70-plus years. Now we’re seeing a crack in the empire’s oily armor and its underbelly is a helluva-lot softer than most imagined. 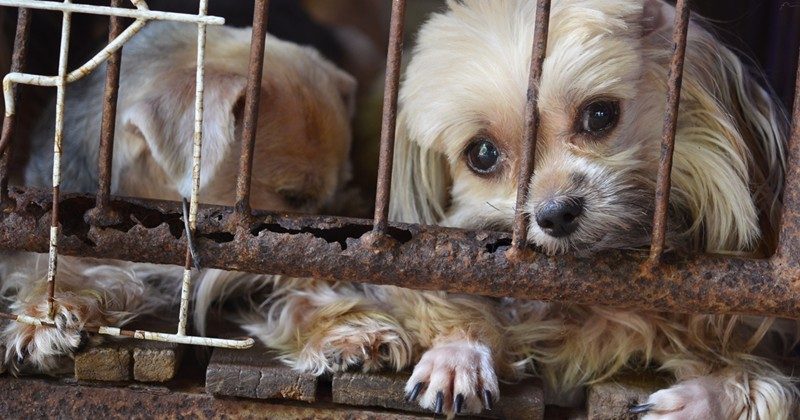 And Then He Came For The Animals