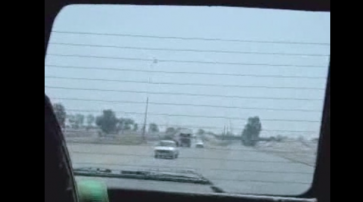 America loves the Mafia. Loves it. The Godfather tops many people’s favorite movie list. The Sopranos are, well, the Soparanos…a prime example of America’s pop culture love affair with the brutal world of “it’s just business.” A world where life and death are traded like junk bonds. Since the 1930’s, American cinema has been riddled with organized crime movies.

We love the simplicity…the “business” of it all. The profit motive stripped bare to expose it’s most basic principle: in business and the bottom line, there are winners and losers. In the Mafia culture we seem so fascinated with, those bottom line decisions are tinged with the black and white outcomes we crave as Americans…a sort of Christian fatalism of redemption and damnation, of reward and punishment, played out in the marketplace.

The Capo di Capos, a.k.a. “the Boss” in this cinematic universe of absolutes, plays God. When he sees a “business opportunity” held by a rival or a moral failing among one of his underlings, he “puts out a contract” on his life. I guess this makes the person who carries it out a “contractor.”

Enter Iraq…a land of contractors. Blackwater, Dyncorp, Custer Battles…companies filled with men who are there to fulfill a “contract.” The contract, often, is a general one taken out on the Iraq people. Hey, it’s just business, right? And damned if it ain’t a lucrative one.Blackwater has grown like mold in a humid basement, spreading itself out across a re-newed, 6000 arce training center in North Carolina. Growth funded in no small part by contracts in, or “on,” Iraq.

Dyncorp came of age in Bosnia, Serbia and Kosovo. And Custer Battles has been fending off investigations for the last year.

And they are not the only ones. Like the Mafia and Organized Crime during Prohibition, Iraq has spurred an explosive growth of contractors…many of which are, simply put, contract killers. And make no mistake, these “security companies” are just that…contract killers who operate outside the system of accountability that applies to the US military. Like those contractors at Abu Ghraib who directed the torture and humiliation of Iraqis…which was, in turn, blamed on low-level troops. Those contractors slithered in, got the job done and slithered away without question.

Don Rumfeld was a leading architect of bringing contractors into Iraq. Get it? “Don” Rumsfeld. He knew the business of America is business. A quote attributed to Calvin Coolidge…or was it Don Corleone?

And that business is making a new, psuedo-military mafia quite rich. So some Iraqis get killed…fuggeda ’bout it! Literally…they’d like you to forget about it.

See, the contract killers populating the hurly-burly of a totally disintegrated Iraq have free reign like those mythical mobsters we admire. And, as we learned today, there are some of these made men who make Joe Pesci look like Eliott Ness.

By C. J. CHIVERS
Published: November 17, 2006
CAMP FALLUJA, Iraq, Nov. 16 — Two former employees of an American private military contracting company have claimed in a Virginia court that they witnessed their supervisor deliberately shoot at Iraqi vehicles and civilians this summer, and that the company fired them for reporting the incidents.

The allegations, made in a lawsuit filed in Fairfax County Circuit Court, say Triple Canopy, one of the largest private military contractors to work with the United States in Iraq, retaliated against the men for reporting that the supervisor had committed violent felonies, and perhaps murder, on the job.

And this isn’t the first time this has happened. Remember this video of Aegis Defence Services’ “Greatest Hits”? These contracted killers videotaped a leisurely drive around Baghdad and randomly shot at Iraqis.

So, when we hear that contractors, formerly called mercenaries and properly called contract killers, get attacked, killed or, as we heard today, kidnapped…it’s hard to have much sympathy. I mean, it’s just business, after all.

George Carlin to summed it up in his last HBO special, Life Is Worth Losing:

“Besides, who cares about some mercenary civilian contractor from Oklahoma who gets his head cut off? Fuck ’em. Hey Jack, you don’t want to get your head cut off? Stay the fuck in Oklahoma. They aint cuttin’ of heads in Oklahoma, far as I know. But I do know this: you strap on a gun and go struttin’ around some other man’s country you better be ready for some action, Jack. People are touchy about that sort of thing.”

'Taking out a Contract, Occupation-Style' has no comments