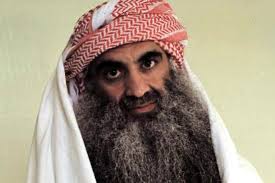 It’s an elegant dance, the Texas Two-Step Side-Step. So far, Dubba-You’s Administration has danced around some of the most pernicious scandals in presidential history.

And can you believe Halliburton is still the largest contractor in Iraq? It’s sorta impressive when you think about the things they’ve gotten away with.

They keep on dancing, sliding around these and other impeachable and firing offenses like a young John Travolta at Gilley’s. But, although they don’t ride the mechanical bull…they do produce the bull mechanically. Like a factory.

The cleanest getaway may be 9/11. The unanswered questions are legion. The 9/11 Commission was the most compliant of dance partners, following the Administration’s lead like a Texas Debutante.

Is it possible that they’d refuse to hear testimony that Prince Bandar, as in Bandar Bush, and his wife were funding Al Qaeda? Yes.

That they’d use that famous Texas Two-Step Side-Step to justify not telling us who put those pesky put options on American and United Airlines? Yes.

But putting aside fact that the 9/11 Commission’s version of that fateful day is one of the most fanciful conspiracy theories ever concocted, the real boon to the Administration has been the dance partner they’ve embraced over and over again: Al Qaeda Evildoers–the Terrorism Two-Steppers they whirl out onto the public dancefloor every time they need a little misdirection.

The Miami Terror Plot, the Re-Killing of Al-Zarqawi, The NY Tunnel Plot, those exquisitely timed internet video releases from Bin Laden on servers we just can’t seem to find…and don’t forget that Terror Alert “Thermometer” they used to stick up our collective ass just to remind us to be scared. Hey, John Ashcroft and Tom Ridge coming at you with a rectal thermometer is enough to scare anyone.

This “Nexus of Terror and Politics,” as it’s been called, stretches the definition of coincidence. But it has, until recently, worked quite well. The White House danced around scandal after scandal by trotting out their latest terror jig and keeping us all off balance. So, is it surprising that just as US Attorney Firing-Gate was leading right into the White House and the email trail left by Rove that they’d hit the dance-floor with the Grand Confessor, Khalid Sheikh Mohammed? It’s been three years since they took him into their torturous bosom and now they got him confessing to everything but kidnapping the Lindbergh baby.

It looks like the Sheikh was the best dance partner they’ve had yet…following their lead like a fawning Texas Debutante. The question is what would you confess to after three years of torture, sensory deprivation and humiliation? Of course, the parts of the transcript where the Sheikh was asked about his being tortured are blacked out. So is much of the information he gave about the killing of Daniel Pearl. Which is strange, because you’d think they’d want this hot-button example of Evildoing exposed in full…getting the maximum effect. Perhaps it has something to do with the fact that Pearl was in India working on another, very damaging story when he got the “out of the blue” call to meet with Al Qaeda’s braintrust. He was digging into a huge Enron scandal in India…a multi-billion dollar boondoggle Kenny Boy had perpetrated on the Indians.

It’s hard to tell anymore. The Two-Step Side-Stepping has had the media in such a whirl for so long that reality and perception management became indistinguishable. And the media was, for years, paying the piper while they did his dance. Can’t risk coddling terrorists by asking our leaders hard questions. Can’t risk losing access to the propaganda. To the Bull Mechanism.

However, Khalid Sheikh Mohammed’s confession, which includes a bombing plot on a bank that had not even been founded when he was captured, is not working the same dance-floor magic of previous fleet footed flurries. This time the media is not dazzled, which is refreshing. Not that they are asking questions about the impact of torture, or why it has become so tacitly acceptable to so many. Or why we didn’t get anything that would lead us to bin Laden. But it’s a long-overdue start.

Now, the question that hangs out there like the Hindenburg over New Jersey is whether or not people will begin to look back and see if we’ve all been swung around since these Unitary Executives came into office. It seems like an eternity ago, but the questions–about Bandar, about Bin Laden investments in the Carlyle Group and Dubba-You’s first company Arbusto, the money funneled by the Head of Pakistani Intelligence to Mohammed Atta, Marvin Bush’s role in the company handling security for the World Trade Center, Dulles and the airlines in question–they are a pertinent as ever. There is quite a bit of Terrorism Two-Stepping we need to retrace. Khalid Sheikh Mohammed is, for the purposes of mis-directing us from another potentially impeachable and certainly firing-able offense against the US Constitutional and judicial systems, a perfect follower of Karl’s lead. Can Karl dance his way out of this? Perhaps.

There is a glimmer, though, reflecting off the great Disco Ball…mirroring back to us a faint image of what’s happened: false terror alerts, torture and extraordinary rendition…and the false flags under which so much has been done.

'Sheikh Your Booty' has no comments