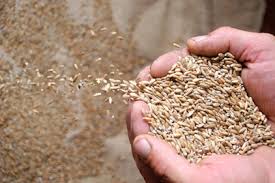 Global Warming, like terrorism, is a catch-all excuse for many things. Yes, more grain to biofuel is likely…but so suddenly and overwhelming that it is causing a global food shortage? How many new biodiesels are there now compared to just two years ago? No doubt there has been draught in Australia, but what about the tons and tons and tons of US grain that went unused for decades? Are those days of massive overproduction over? Suddenly gone?

Or, is it another Shock Doctrine attempt to alter the market against its will? To increase profits and…to force GMOs on an unwilling populace?

Was the dollar collapsed, in part, to collapse foreign markets and force GMOs into their suddenly bereft food supply? And the “crisis” is likely to cause a huge spike in Agribusiness profits. Bonus!!

And…more Wall Street games to spike profits off of this suddenly volatile market now that they’ve milked other sectors dry:

…which will, itself, lead to more instability in another consumer must-have market and cause us all to be further beholden to the financial shackles that keep us…not the engorged wealthy who benefit from these sorts of power plays…shuffling along with less and less power over our own lives.

'Food for Thoughtlessness' has no comments