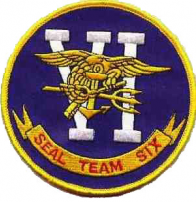 Covert Ops and Black Ops and Special Ops. And SEAL Team Six. And Homeland on TV, too! Guess what? Ops are in. Ops even have their own trade show! But they are not usually meant to be photo ops…except when they are. Whether or not “The Op” is meant for public consumption, they do have a tendency to pop up in the news cycle. In fact, there are many news stories that are really just cover stories for Ops. You have to look hard at the reporting to see through the cover story or past the fluttering rhythms of a false flag. And you have to listen closely to hear those catch phrases or odd details that fit the well-worn pattern of Ops dating back to those halcyon days of CIA coups and assassination plots and sparkling disinformation campaigns. It just takes a bit of background research and a little practice. Luckily, we’ve got a teachable moment hanging right in front of us. It’s just drip-drying after coming through a quick rinse in mainstream news cycle. You know that kidnapped doctor rescued by SEAL Team Six over the weekend? Well, Dr. Dilip Joseph worked for a non-profit called “Morning Star Development.” That’s an odd name for a relief organization. So, you type it into Google and up pops a slick, well-designed website for an NGO that was founded just ten years ago. Hmmm, what happened ten years ago? Anyway, you click around a bit, fail to find a list for the Board of Directors and then stumble on this mission statement: Morning Star Development seeks to foster a corporate culture that embodies the following characteristics:

A “corporate culture?” And what is the rest of that doublespeak-gobbledegook all about? It sure doesn’t sound like the mission statement of an NGO that sends doctors out as aid workers. It does sound a lot like a smokescreen for a “front operation.” It’s the sorta misdirection-causing sidestepping that you’d expect Spooksters to use as a cover for covert shenanigans. In fact, doctors and aid workers have a long history as operational covers for covert operators. Quite recently, a vaccination program in Pakistan was used by Spooksters as a cover story in the hunt for Bin Laden. It has also led to widespread suspicion of all Western aid workers in Pakistan. There was another little factino about the good doctor that stands out. Dr. Joseph was “based in Colorado Springs.” Funny, but Colorado Springs is a lot like Tampa–an epicenter of military activity and various defense constituencies. You might have heard of the Air Force Academy or NORAD or the Air Force Space Command at Peterson Air Force Base or Schriever Air Force Base or the Army’s Fort Carson. But wait, there’s more! Colorado Springs also boasts defense industry beneficiaries like Boeing, General Dynamics, SAIC, ITT, L-3
Communications, Lockheed Martin and Northrop Grumman. And it is also home to a P.O. Box number for Morning Star Development. Go figure. Was it just a coincidence that this doctor was kidnapped by the Taliban, along with two other as yet unidentified “aid workers?” Their identities will remain secret to protect them from retribution. Makes sense. What doesn’t make sense is why they were released, but the good doctor wasn’t. Nor were there any ransom demands. But make no mistake, the U.S. commanders in Afghanistan weren’t going to wait around for a hackneyed note made from random letters cut and pasted from leaflets dropped by NATO on illiterate villagers. No, they unleashed a rapid response to this kidnapping. In fact, the raid was conducted by the same Navy SEALs who were sent in to pull the plug on Osama…and the operation was ok’d by Gen. Allen himself! That’s a pretty impressive response for a “doctor” working for an “NGO” out in the desolation of Afghanistan. No, this was the extraction of a high value individual from a crisis situation. Sensitive stuff was in play. The good doctor was not just some idealist out there trying to stitch up the wounds of Afghani kids unlucky enough to be caught gathering dung along the side of a road while a drone circled overhead. This was, in all likelihood, a special op designed to rescue a covert operator involved in a black op. And, unfortunately for one family, the death of a young man is being turned into a national photo op. That’s the final trick of the trade. Turning the downside into an upside in the propaganda war they are waging on us all.

'A Quick Lesson In Identifying Covert Ops' have 4 comments