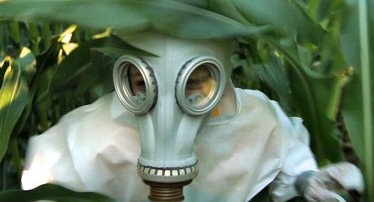 GMOs are not popular and Big Ag knows it.

That’s why the industry opened its wallet to defeat attempts to pass mandatory labeling of food containing genetically modified components in California ($46m) and in Washington ($22m). It is also why the Grocery Manufacturers Association recently launched a “pre-emptive strike” against labeling at the Federal level.

The plan is to lobby Congress into setting a national labeling standard that would supersede labeling laws passed at the state or local level. If adopted, that labeling “requirement” will be every corporate captain’s favorite type of regulation—it will be a voluntary requirement!

Even without a “voluntary requirement” in place, the folks at General Mills realized the perception of GMOs is negative enough to warrant the elimination of genetically modified ingredients from one of America’s most iconic brand identities—Cheerios. It may just be a gimmick. Or it may be a test run to see if the “GMO-free” label generates a sales spike. Or it may be an admission of the real and dire image problems GMOs have with the public.

Is there any doubt General Mills did its due diligence—with copious test marketing and numerous focus groups—before modifying their flagship Cheerios brand?

No, Big Ag and Big Food know they have a big problem. But voluntary labeling is just the most visible part of a long-term strategy for shoving their food agenda down Americans’ throats. Another tactic involves using the specter of “terrorism” as a weapon against a growing army of activists. And a new front in the war on so-called “environmental terrorism” is, oddly enough, a Federal Court in Honolulu, Hawai‘i.

According to a lawsuit filed on January 10, 2014, three of biotech’s biggest players—Syngenta, Pioneer-DuPont and Dow Chemical’s Agrigenetics, Inc—claim an anti-GMO law passed by the County of Kaua‘i exposes them and their operations to “risks of corporate espionage, vandalism and environmental terrorism.”

The law in question—Ordinance 960—forces farmers to disclose information about the use of pesticides and genetically modified seeds and crops. This requirement is not voluntary. Not coincidentally, the three companies filing suit qualify as “farmers” under the ordinance since they lease a total of 11,500 acres on the island. Its remote location makes Kaua‘i, like the other Hawai‘ian islands, a perfect laboratory for testing new and exciting seeds, pesticides, herbicides and “poison-ready” crops. But people don’t like to be lab rats. Perhaps that is why there has been so much resistance to Big Ag in paradise, particularly on the Big Island.

Last December, Hawai‘i County Mayor Billy Kenoi signed a nearly-complete ban on all new genetically altered crops on the island. That’s a big “No!” to Syngenta, Dow, DuPont and Monsanto. And this resistance is spreading around the island chain. More directly, this backlash at the state and local level is exactly the sort of direct democracy Big Ag and Big Food both want to forestall at the federal level with their voluntary labeling ploy.

As the casino-like haggling over the Farm Bill illustrates each and every year, they’ve got the lobbyists and the bankrolls to make a whole-lotta hay in Gucci Gulch. But even more troubling than run-of-the-mill palm greasing is how anti-terrorism laws have turned state, local and federal law enforcement into a de facto corporate security force deployed on an ad hoc basis against environmental activists and protesters. As the lawsuit in Hawai‘i shows, the industry is well aware of the implications of labeling—in this case, the importance of labeling their opponents as agents of environmental terrorism.

But it isn’t limited to just “terrorism.” Sometimes it’s about stopping a “terrorism hoax.”

As independent journalist Will Potter reported in Vice, two anti-tar sands activists were recently arrested at the headquarters of Devon Energy in Oklahoma City. Devon Energy led the way on fracking and its CEO sits on the board of TransCanada—the prime mover behind the KeystoneXL pipeline. The two “radicals” unfurled a Hunger Games-themed protest banner in the building’s atrium, and some of the glitter they’d used fell to the floor. Of course, police were on the scene immediately and, because 9/11 changed everything, they decided to cordon-off the glitter and investigate it as a possible “biochemical assault.”

Much to the surprise of no one, it turned out that the glitter was, in fact, glitter. But the fear and loathing caused by the glitter was, according to charges filed, tantamount to terrorism and, therefore, a terrorism hoax—which carries a penalty of up to 10 years in jail.

What isn’t a hoax is the terrifying “chemical assault” on the environment and ground-water by fracking chemicals and by tar sands production. The irony of this juxtaposition is almost comical. The fracking industry doesn’t have to disclose information about the poisonous chemical cocktails it injects into the drinking water of millions. And federal authorities recently stopped investigating chemical assaults in Texas, Pennsylvania, and Wyoming. Nor will police cordon-off the toxic waste from tar sands piling up along the Detroit River. But they did arrest two activists protesting in accordance with their First Amendment rights. Or so those protesters thought.

In case you missed it, the ability of corporations to use “anti-terrorism” to shield their unsavory practices has been rooted in law since Congress passed the Animal Enterprise Terrorism Act in 2006. It’s primary target was, and still is, activists who engage in protests, civil disobedience and undercover activities that expose another of Big Ag’s public relations disasters—factory farming.

The signing of that bill into law opened the door to a host of “Ag-Gag” laws at the state level. These are, in fact, anti-whistleblower laws designed to keep shocking pictures of abused and infirm animals from disrupting the revenue stream flowing out of Big Ag’s industrialized food-chain. We are not talking about Earth First blowing up loggers to protect spotted owls. We are talking about people doing the sort of thankless investigative work that, in a bygone era, made Upton Sinclair a household name and inspired passage of regulations meant to ensure a level of safety in the food people eat.

A century later, the hard work of muckrakers is being undone. New rules allow poultry “processing” plants to self-regulate while Big Ag hides behind specious laws that taint whistleblowers as terrorists. Ag-Gag laws and the claims of Big Biotech in Kaua‘i echo an FBI document classifying the surreptitious videotaping of animal abuse by factory farmers as “terrorism” and, by extension, the activists and whistleblowers who do it as “terrorists.”

The problem for Big Ag and Big Food is that these videos work. People are outraged once they see what happens to their dinner before it gets to their plates. In 2011, Activists at Mercy for Animals produced footage of horrific abuse of chickens at Sparboe Egg Farms and it wasn’t long before McDonald’s and Target dropped the callous egg supplier.

It worked when Upton Sinclair published The Jungle a century ago, and it works today when activists and whistleblowers expose the seamier side of big business. In this corporate age, image matters more than ever. And images that affect how consumers regard corporations affect the bottom line, and the bottom line affects every decision corporations make. They know that labels are important—whether it be “GMO” or “terrorist.”