Well, actually, they were just parading around their capital, celebrating the defeat of the Japanese and end of their bloody part in World War II. But (cue some strangely ominous music plucked on a Chinese guitar) this was no Chinese New Year parade featuring dancing acrobats, red firecrackers and a dragon puppet.

No, this was China showing that it’d come a long way from a century of foreign domination at the hands of the British, through America’s “Open Door” policy and then by the brute force of Imperial Japan. Perhaps predictably, this show of national pride and strength caused a funny little freak-out among media establishment-types sitting at their desks halfway around the world.

Although President Xi announced a cut of 300,000 troops and assured the world of China’s peaceful intentions, the news media framed the accompanying military parade as a display of “power, not peace” (The Guardian), as a show of military “might” (NY Times), as the kick-off to a dangerous “modernization” of China’s military (WaPo) … and it was juxtaposed against a new report detailing the Chinese Navy’s unprecedented encroachment into the Bering Sea (WSJ).

First, it’s not like the US doesn’t sail around the world like it owns the seven seas. Uncle Sam has, depending upon your definition of an “aircraft carrier,” somewhere between ten and nineteen carriers. China has one, but last year TIME ran story declaring that the Chinese were “doubling” their fleet! That would make for a “fleet” of … two. On the other hand, Uncle Sam’s actual fleet dwarfs the rest of the world combined and the US is currently dropping $580 million to expand its naval base in the Persian Gulf. And it’s deploying drones to its long-standing base in Guam … with the intent of monitoring, perhaps, Fiji? Uh, nope.

Second, the freak-out seems comically lacking in circumspection given that the US is “activating” forces on Russia’s doorstep, trying to build a new base in Japan and is running a deadly, extrajudicial drone campaign over Africa and Asia (Pakistan is China’s neighbor, after all). And the US now has Marines permanently based in Australia, is negotiating greater access to the Philippines and is building the most technologically-advanced nuclear weapon ever made … under the guise of “modernization.”

Third, the US relentlessly touts its alliteratively-alluring “Pacific Pivot” strategy. Yes, US officials never miss an opportunity to talk about “pivoting” its wildly-popular Global War on Terror to a new effort in Asia. Just imagine if Xi has announced that, instead of a cut of 300k troops, China was launching its “South American Sojourn” policy? Exactly.

Fourth, if the US had a similar military parade, it would take over four times as long as the 90-minute Chinese parade that has everyone freaking out about the growing power of China’s military. Why four times as long? Because the US “officially” spends over four times as much on defense as the dreaded, island-building Chinese—approximately $580 billion versus $129 billion—and it spends more than the next seven biggest defense spenders combined.

Literally … it’s actually WAY more … like nearly a trillion dollars if you calculate all the defense spending in continuing resolutions to fund the Global War on Terror, nuclear weapons development hidden in the Department of Energy and all the other Military-Industrial Complexities peppered throughout the Federal budget.

So, the Chinese military parade—condensed here by the WSJ into 60 seconds from 90 minutes—is, in fact, more like a victory parade for anyone and everyone working in the world’s only recession-proof economy—Washington, DC.

And none too soon, either.

The Iran Deal, the Afghanistan phase-out and persistent public war-weariness after Iraq portended a possible realignment of spending priorities away from bombing, invading or merely patrolling in and around nations that didn’t attack America. Thank the Gods of War, though, that the lingering thaw from the Cold War could easily be re-purposed into a renewed slush fund for the world’s biggest corporate entitlement program.

The least they could do, however, is throw a parade like the Chinese did … just to let Americans see just what the biggest military ever assembled actually looks like and what you can buy with few trillion dollars.

Then again, maybe that’s why America doesn’t do military parades.

By the time the final, trillion-dollar F-35 is towed down Pennsylvania Avenue (because it was grounded by morning drizzle or some other snafu), the forthcoming B-3 Bomber will already be well on its way to half-a-trillion dollars in profitable delays, cost overruns and endless redesigns.

And, in the meantime, China will have secured more of Africa’s sought-after resources by building roads, bridges and airports around a continent the US prefers to enlist into its Global War on Terror.

And China will keep building its New Silk Road into Europe, while Uncle Sam gathers NATO around the campfire to tell ghost stories about a menacing, dictatorial bear roaming around the woods of Eastern Europe. Of course, they can keep the bear away by redirecting public funds to buy new, whiz-bang military gadgets in the supermarket of America weaponry.

Maybe Donald “China! China! China!” Trump is right. Maybe their leaders are smarter. Maybe they are beating America. They certainly prefer to spend their money building infrastructure to modernize other countries while the US likes to spend its greenbacks bombing the infrastructure of other nations all the way back to the Stone Age.

Really, that’s how Uncle Sam operates. Pick a nation with some “good” targets. Bomb it to bits. And then go in and (sorta) rebuild the infrastructure. So what if the projects never quite materialize or, if they do, they never get used. Either way, there is money to be made. The outcome is irrelevant. And it’s okay if the stuff you leave behind ends up falling into the hands of a new enemy. You can just go back and bomb again!

Eventually, Uncle Sam will even be able to fly the F-35 on those bombing runs.

That is, of course, if the weather cooperates. 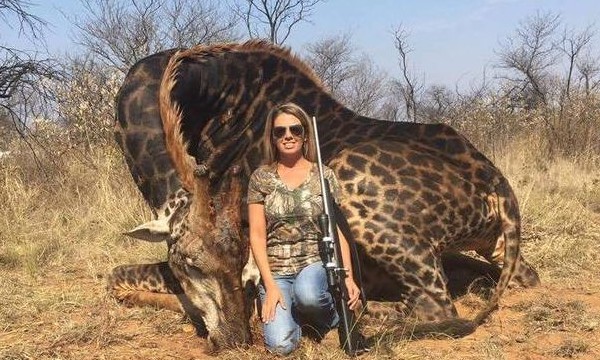