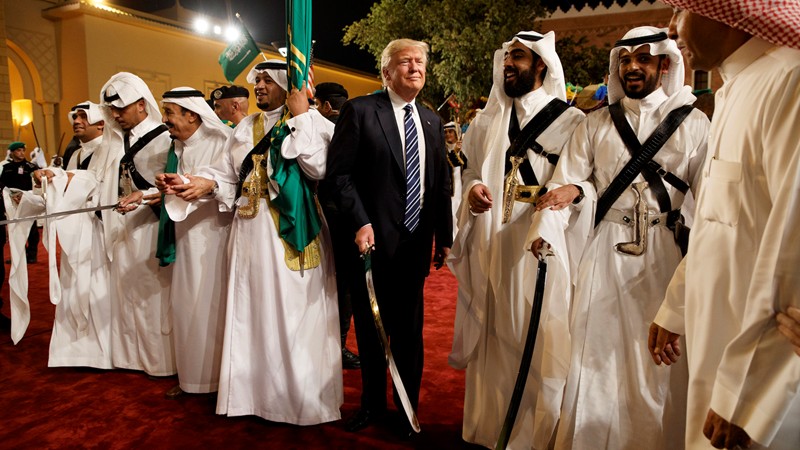 When was the last time you heard of an Iranian running down people on a London bridge? Or stabbing Parisians? Or attacking Canadians? Or murdering American club-goers?

What was the last terrorist plot you can recall being “inspired” by Iran or by an Iranian proxy or by Shia Islam? How many of the 9/11 hijackers were Iranian? How much money have Iranians given Al-Qaeda? Or ISIS?

Now ask yourself why US officials and politicians and the news media reflexively label Iran as “the world’s leading state sponsor of terrorism”? It is just because of Hamas (contained in Gaza) and Hezbollah (rooted in Lebanon)? Is that enough to make Iran, which isn’t Salafist or Wahhabi or even Sunni, such a perennial target? Why isn’t Saudi Arabia also demonized for its behaviors and for its funding and for actively exporting a peculiar Islamic sect’s specific religious ideology to those who often end up “inspired” to commit the terrorism against which we are fighting a seemingly endless war?

And how it is that everything we hear said about “The Mullahs” of Iran is actually true of the Saudis, but the Saudis get baskets filled with carrots … while Iran is repeatedly threatened with sticks?

Of course, there is the issue of Iraq and the fact that Iran has actively supported the Shiites in its neighbor. But it wasn’t Iran that invaded Iraq under false pretenses. It sure seems pretty rich to criticize Iran for trying to solidify its allies next door, particularly given America’s blood-stained support for Saddam Hussein and the growing encirclement of Iran with US bases. Was their support for Shia militias “terrorism” or really just a sound strategy in a war that threatened them? What would the US do if Iran invaded Mexico to stop a mythical WMD program?

So, is it Iran’s fault that the US completely effed-up the Middle East by wantonly destroying a bystander nation? They didn’t create ISIS … or the conditions that made ISIS possible. That rare honor goes to the United States, Saudi Arabia and the Gulf States.

And now Iran has been “coincidentally” attacked by ISIS on the heels of Trump basically green-lighting the Saudis to do what the Saudis do best … and it happened within hours of Iran’s lone friend among the Sunni Arabs being pressured to concede, collapse or capitulate.

Obviously, the word is out that now is the time to reverse the course Obama set with the nuclear deal. No doubt, the pressure is on … to force Iran to react and to undercut a recently reelected President Rouhani. Trump is the shiny object behind which these anti-Iranian movers and shakers can maneuver. And they are moving to clean-up the world’s “mess” by reasserting American power from Cairo to Kabul.

But ask yourself if making Iran the scapegoat for a messy world created by the Saudis and the United States will actually solve the problem of terrorism … or if, yet again, the greed and avarice that underpins everything that unholy alliance does will only unleash a whole new set of furies that will widen a war that already looks like it will not end in our lifetimes.