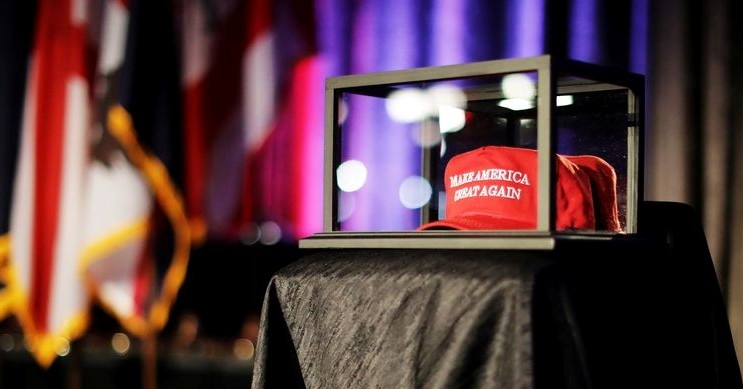 Since Trump doubled-down on Afghanistan, his crestfallen cadre of internet devotees have expressed a variety of feelings ranging from loss to disappointment …  and from anger and grief to disbelief. But one popular meme pins his “reversal” on the nefarious influence of those around him.

Apparently, Trump is suffering from a belligerent form of Stockholm Syndrome and “The Generals” are his conniving captors. Okay, let’s break that down :

1. Trump never had a “policy” of anti-interventionism. He was simply a troll who tweeted out oppositional statements attacking Obama’s foreign policy. If Obama was doing it … he was against it. He knew that no matter what, it was red meat for his future base. Then he grandstanded on Iraq to torpedo Jeb Bush. And he attacked Hillary’s militarism … because it was expedient. Go back and listen to him speaking at those rallies and the real Donald Trump is the guy who wants to “bomb the shit” out of ’em and take their oil and kill their families. The real Trump is the guy who proclaimed in his bizarre inauguration speech that “Radical Islamic Terrorism” was something he wanted to “eradicate completely from the face of the Earth.” And then he purposefully surrounded himself with generals. Sorry, but that wasn’t a Deep State plot by George Soros.

2. Trump actually tried to implement this “new” policy a couple months ago … shortly after he removed ROE restrictions on civilian causalities, which are through the roof, BTW. Just ask the parents of the all the dead children (that is, if they are alive to tell the tale). Originally, Trump wanted Mattis to use his discretion to increase troop levels, thus hanging the policy around Mattis’ neck. As ever, Trump is far more concerned about covering his own sweat-stained ass than he is the actual implications of any specific policy. Mattis said “no” because he wanted Trump on the record.

3. True to form, Trump was also dazzled by the possibility of America cashing-in on Afghanistan’s reputed trillion-dollar trove of copper, iron and rare earth minerals. The guy who dangled these shiny objects was “Michael Silver, the CEO of American Elements, a firm specializing in the production of advanced metals and chemicals,” according to Foreign Policy … and, like Trump’s thirst for Iraq’s oil, it fits the pattern of the true Trump.

4. Also true to form was his bizarre call for India to pony-up to help with a mess they didn’t have a damn thing to do with. Like Mexico’s unpaid bill for his unbuilt wall, it exposes Trump as the callow, baseball card-trading “dealmaker” he is and always has been.

5. Many are touting his “calling out” of Pakistan, but let’s be honest … who around the world takes Trump seriously? Two Pew surveys found that the world generally dislikes Trump’s version of America and America’s allies trust Putin over Trump. Add to that Trump’s sad “Chocolate Cake Incident” with President Xi at Mar-a-Lago, which encapsulated for the world exactly what a rank amateur actually looks like and sounds like. The coup de grâce was Trump’s hollow, histrionic penis-wagging at North Korea … and it is safe to say that no President of the post-World War II era has less international credibility than does Trump.

6. Finally, all that Bannon-Breitbart hoo-ha is just that … hoo-ha. The Teflon Don knows full-well that he can march 4k troops into the center of Afghanistan and shoot thousands of Afghanis … and his core supporters will still love him like a demigod. He even baked his own accountability exit strategy right into the speech when he said he was going against his instinct. He and his supporters will chant the mantra of “he was duped by the Deep State” should anything go wrong and … and he and Bannon know full-well that actual consequences are unlikely when it comes to true believers. Bannon, Trump and the Mercers also know they will gladly tune-in to watch their deposed leader … particularly if he can position himself as a martyred troll fighting an endless fight against the Deep State. Ka-ching!

6A. Finally 2.0 … ultimately, Trump merely reiterated his long stated desire to kill terrorists. Kill-kill-kill those people is, sadly, a popular refrain for a nation meandering around in a miasma of self-delusion about the reality of the War on Terror … which became America’s War of Terror the moment the United States began the wholesale destruction of Iraq under false pretenses. Since then, the question has not been “Why do they hate us?’ The question has long-since become “Why don’t more of them hate us more than they do?”