Hey, Dr. Robert Jeffress … I saw that you went on that tower of intellectual power known as Fox & Friends to opine about the NFL protest kerfuffle. As one of  Donald “I Don’t Need God’s Forgiveness” Trump’s most devoted Evangelical enthusiasts, you offered your considered theological assessment of the Black Americans who are using their First Amendment right to protest the treatment their fellow African-Americans by the criminal justice system.

Apparently, you talked to God and he told you to go ahead and share this epiphany with Fox & Friends’ viewers (which, as we all knows, includes the Pussygrabber-in-Chief):

“I think what these players are doing is absolutely wrong. These players ought to be thanking God that they live in a country where they’re not only free to earn millions of dollars every year, but they’re also free from the worry of being shot in the head for taking a knee like they would be if they were in North Korea.”

Well, that’s an interesting take on the God-given rights of the US Constitution. At least, I assume you believe those rights are God-given. That’s what most Evangelicals say. And that’s what you seem to be saying … so, lemme see if I can unpack this omniscient, omnipotent, omnipresent, alpha & omega twist-up you seem to be proposing:

According to your divine revelation, Black players have God to thank for their “freedom” because they ain’t in North Korea … and, if so, then North Koreans should blame God for putting ’em there to be shot in the head if they cross Kim Jong-un, right?

If memory serves, God also told you back in August that he gave Trump the green light to “take out Kim Jong-un.” And he wasn’t talking about dinner and a movie. He was talking about empowering Trump to kill Kim Jong-un, the collateral damage be damned.

Basically, the takeaway is that God hates North Koreans. Or he wants them to suffer as part of a master plan. Or he wants Satan to torture them through North Korean proxies … which makes some sense insofar as Satan is actually God’s proxy since it is obviously God’s will that Satan exists. I know y’all like to keep that “Satan Did It” escape clause in your back pocket … so it’s good to clear that up right now.

And it also means that God exposed Africans to slavery … which must’ve also been part of his master plan if, in fact, they are now expected to thank him for the good fortune of having ancestors who were enslaved, beaten, raped and lynched so that eventually they could play football and kneel during a flag worshiping ceremony (graven image alert!) without being summarily executed.

Or was that Satan again?

However, as we established above, Satan is really God’s proxy because we all know God could extinguish him with a snap of his fingers. Satan is part of God’s master plan, after all.

So, since God is everywhere, knows everything and is all-powerful … plus he has a master plan for all of us that fits into a history that’s already been written … it is actually part of God’s plan that Black NFL players challenge the systematic abuse of Black Americans by American law enforcement, right?

And it must also be part of his plan that you would become the embodiment of the smug Christian asshole that all of us non-believers point to as a perfect example of why we don’t participate in a callow form of American Christianity that seems to reject the best of Jesus’ teachings … while also turning faith into a bizarre, self-serving vehicle for greed and self-aggrandizement. In fact, your peculiar Protestantism is reminiscent of the very type of Christianity that was used to justify slavery!

So, maybe God’s real master plan is that the persistent NFL protests inspire to you to keep on talking out of your ass long enough to expose you and your ilk as the false prophets the Bible warned us about it lo those many years ago. I know God works in mysterious ways, but on this one issue … it all finally makes perfect sense. 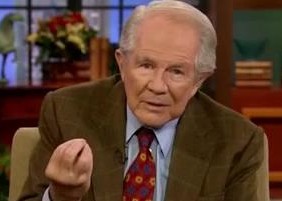