Of the many things that stand out to an expert in fascist ideology, this grammatically challenged excerpt from the FAQ portion (pg 13) of New Zealand Shooter Brenton Torrant’s manifesto really struck me.

Just think about it for a second. Here’s an aggrieved White guy from Australia … a land that has been brutally taken from “other peoples” (Indigenous Australians) by White European “invaders.”

He goes to New Zealand … another land that has been taken from “other peoples” (the Māori) by White European “invaders,” and he’s gone there to kill other “other peoples” who he claims are “invaders” who are “overrunning” the descendants of White, Christian Europeans in a land that wasn’t theirs in the first place.

And, even more ironically, he says he’s committing his act of “terrorism” (his words) because he’d like to spark a gun rights-centered race war in the United States …which is yet another land taken from “other peoples” (Native Americans) by White European invaders.

This strangely solipsistic worldview is so damn telling about this “White nationalist moment” and the oh-so-desperately disaffected denizens who populate purposefully morose 8chan threads and teem around Alt-Right political rallies and, more and more, who dominate the troll-driven memes that suffuse mainstream politics. Some even find their way into major political parties. And those parties often echo many well-trafficked websites that somehow pass as merely “conservative” on a rapidly tilting ideological spectrum that is now bending ever further away from justice.

Oddly enough, the shooter’s self-answered question unintentionally exposes the fundamental lie at the heart of contemporary White supremacy. And it reveals the utter intellectual bankruptcy of the White Nationalist Incels, the wannabe Western Civ action heroes, the neophyte ne’er-do-wells and the assorted also-rans who frantically cling to decrepit notions of a Theozoological identity like petulant, sugar-addled toddlers who refuse to give up their badly tattered blankies, lest they be exposed to the elements of logic, science and history.

As such, they are the conveniently ignorant inheritors of a world of imperialism and slavery and massacres and theft and rape and exploitation that their White ancestors made, that made those ancestors rich and, in turn, that those ancestors bequeathed to them at little or no cost to themselves.

Let’s face it, they’ve had it really easy, and it has largely been secured at the expense of the “other peoples” who had to relent their lands and their labor and their bodies at the point of a gun or the tip of a missile. But now that these peoples dare to carve out a small piece of that world and they struggle to grab a share of the world’s wealth after centuries of imperialism-scarred globalization, these White balkers retreat to the cold comfort of a self-serving, pulp novel mythology of “White” identity that has turned them into caricatures of both intolerant and intolerable Whiteness.

They are angry that … after centuries of glorious and “rightful” dominion … the world is being handed to them on a smaller silver platter than before. And now that they have to actually compete with “other peoples” on a slightly less-titled playing field that, in the case of Australia, New Zealand and the United States, they had to take by force … they are huffing and puffing about blowing down the house their ancestors built on the bones of “other people.” Their answer is to drive the “other peoples” into the sea … a sea that, oh-by-the-way, is rising in no small part because of the ecocidal mania their ancestors also bequeathed to them and, sadly, to those “other peoples” who largely did not benefit from all the burning and the building and blind greed.

Frankly, this is the sort of defiantly ignorant pretzel logic that not only pervades the manifesto, but is also emblematic of today’s creepy neo-Fascism and Qanon’d cultism. It is a self-sustaining, Flat Earther-style bubble reality protected by a semi-permeable barrier between the secretly-wise initiates on the inside and the elite know-it-alls whose disdain and indifference they use like catalytic fuel for their collective recalcitrance.

It’s that bogus sense of rarefied wisdom that needs to be attacked. And that is why I think it is wrongheaded to try to bury the staggeringly self-serving and woefully ill-considered tripe that is the Christchurch terrorist’s manifesto. Look, I get it … people don’t want to megaphone the name and the deeds of a murderous ingrate. They don’t want to help him accomplish his mission of spreading his word like fetid manure on an otherwise fallow field. But the simple truth is that those who believe these ideas already have access to them at their fingertips. And the people who are likely to copycat him are probably already plotting their falling star-turns in their narrow little minds.

More important, IMHO, is to know what they think and why they think it so that it can be staunched before it pervades the mainstream more than it already has. Burying it will not make it go away. Instead, the attempt to bury it only makes it more attractive. The censorship and the sequestration proves to true believers that they are right … that they are the holders of a secret truth and the vanguard of an embattled revolution. And it helps them make the case to those on the fence that they’d better pick a side because “other peoples” and the race traitors who’ll use them as their “replacements” are, in fact, also using censorship to keep them in the dark until it’s too late.

No, we cannot let the understandable fear of bad and stupid ideas allow them to fester in the shadows until they become truly dangerous. Instead, we need to pore over their self-serving narratives and methodically pick them apart out in the antiseptic light of day. If we don’t, they will continue to catch us unawares as they jump out of the shadows and, as we’ve seen, as they jump into positions of real power. 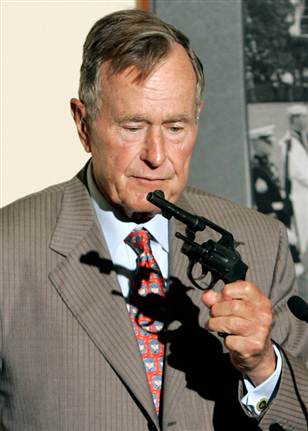