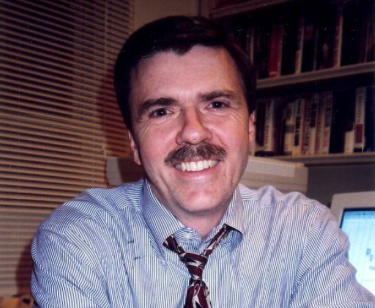 Journalism’s Holy Grail…”the Big Story.” The kinda story that involves intrigue, brings down the mighty and serves readers or viewers a tangy taste of retributive justice. The WoB flirts with the big story, sometimes takes it to bed and, very rarely, gets busted. Funny, but like most practitioners of that ancient profession, time in jail is minimal and there’s always a pimp at the courthouse posting bail.

Woodward and Bernstein grabbed the Holy Grail. Watergate was that, and then some. That chalice was filled with an intoxicating brew of scandal, money, power and lies. The nation drank big gulps. We were drunk with justice and outrage. The hangover got Carter elected. And then we moved on. Or moved backwards. Hello, Ronnie.

Journalists wandered the countryside during those years, looking for the Grail. Then came the story of a lifetime–a story so big, with so many other stories emanating out of it that it could sustain a dozen Woodwards and Bernsteins. Iran-Contra. It had illegal arms deals, gung-ho crypto-fascists, a beautiful shredderette and so much more–election surprises, drug smuggling, perception management. One of the reporters who broke that story–Robert Parry–had the Grail right in his hand. And he’s never stopped drinking.

I talked to Parry extensively about another story–Plamegate. He’s been a stellar investigative journalist for two-plus decades–AP, Newsweek, Frontline, Bloomberg.

It’s obvious that the WoB has, since Iran-Contra was effectively contained, figured out how to turn it’s tricks and not get caught. Parry runs a website: http://www.consortiumnews.com/. It’s the only way to read what he’s been doing. Rove ran a seminar back in 1973, during his College Republican days chumming with Lee Atwater, on how to run Watergate without getting caught. Rove can put out any story, any time.

Many of those Iran-Contra luminaries are in this Administration–Negroponte, Reich, Abrams, Poindexter…and more. Parry’s got the goods on most of them. There are still untold stories–at least untold in the mainstream media. Not to mention the “scandals that never were” since the 2000 election. Many big stories are left untouched, questions unasked. Who needs the grail when you can have “access” or simply keep your job?

The Holy Grail is empty and tarnished, the quest for it merely a legend of days of yore. Let’s at least mythologize that quest, pass down the story to future generations and, perhaps, stoke the imagination of some future Parry. Right now, it’s all we’ve got.

'I Got the News' has no comments