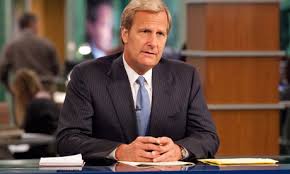 Okay, my media cohorts. This is it. Many have admitted going soft on the Bush Administration after 9/11 (I was there). You’ve shown indignation, although not at great risk, over the handling of Katrina. There is some blood in the water. Will you finally become sharks?

How the media swims over the next month or two will determine a great deal–the outcome of the next election, the course of the debacle in Iraq, the ability of our democracy to recover from years of abuse. So much is at stake. This is so far beyond the fellatio-ridden politics of the late 1990s. We have real, racketeering-based corruption, war profiteering, government indifference and, yes I’m saying it, gaming of the system and other people’s sorrow. Will the Fourth Estate finally make a move?

The indictment of Tom Delay is ripe with possibilities. The extortion of Indian tribes by his former henchman Jack Abramoff can no longer be ignored. Yes, Bill Moyers reported this a year ago. Yes, he reported the Delay stuff a year ago. But let’s be forgiving. The media was busy, or distracted…with what…I don’t know…but let’s cut ’em some slack.

Bill Frist’s family company–HCA–was under investigation for millions of dollars of Medicare fraud almost two years ago. So, they ignored it. It’s okay…perhaps they’ll pick up on the obvious and feed on the good doctor’s blood. They are voracious, right?

And then there is Halliburton…and the profiteering in the two Gulfs. And Rove leaking Plame’s name…in violation of a federal statue initiated by then VP Poppy Bush…who said anyone who opposed the statue was guilty of treason.

The post-9/11 soft shoe act…I guess it’s understandable. A Cold War redux…we’re all in this together. Okay…you get a pass, my despised colleagues. No more. There is more blood in the water than the semen from a million stained dresses.

The Iraqi Constitution…the daily carnage and the thoroughgoing corruption and cronyism…the kind that puts a horsebreeding ass in charge of FEMA and wildly overcharging Halliburton in charge of supplying out troops…is too juicy to give the Administration a pass. Hire some people, get some talking heads…bring back the quad screen of blabbering pundit. Give us anything. Anything.

Excuses are over. Now it’s time to put the 24/7 coverage of the flawed Clinton Presidency’s oral fixation into action once more. It’s time for the low reputation of the media to be fulfilled in all it’s muckraking, narrow-minded and obsessive glory.Pretend this is Michael Jackson, or his sister’s tit. Operate under the assumption that we like to see the mighty fall. Just do it, for Christ’s sake.

And if it doesn’t happen. Well, then you’ll know how far we’ve fallen. You’ll know how little power we have and how much power those moneyed powers exert over the media conglomerates they’ve created. Because this bleeding…washing over Iraq and that Texas courthouse, over HCA and Halliburton…can only be stopped by a tourniquet of compliant editors, cowered journalists and corporate cronies…all seeing that the blood they might be spilling is, in the final analysis, their own. But let’s give ’em one more chance. Our democracy depends on it.

'Stand or Fall' has no comments