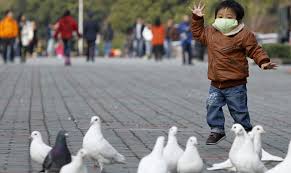 Is it catching? You know, the idea that we need to eliminate our 127-year old tradition of forbidding the military from acting domestically in law enforcement. The precedent was set in 1878 by the Posse Comitatus Act, and W has been trying get it overturned since 9/11.

It was one of the first lessons he learned from Katrina. He turned away from the destruction with great ease and called on the Congress to consider ending Posse Comitatus. Wasn’t it obvious that the only branch of the Federal Government capable to dealing with disasters was the military? Not FEMA, not state or local government.

Although, there is the way the Feds dealt with Florida’s three hurricanes during the 2004 election cycle, but that another story.

But just think of how great it would’ve been to have the US Military ready to go in, lock down and control New Orleans. Well, they kinda did…the National Guard went in. And that’s permitted under Posse Comitatus. It’s the big boys Bush wants to have ready to go on a moments notice. I mean, just look at how well they are handling the disaster in Iraq!

So, lost in the press conference frenzy over the appointment of his personal legal hack to the Supreme Court…Bush announced that he’d like Congress to repeal Posse Comitatus because of Asian Bird Flu. Yup, you read it right. How’s that for out of the blue?

His reasoning is that we could face an epidemic should the Bird Flu migrate here, spread and threaten the American way of life. To stop it, Bush wants to be able to use the military to quarantine whole sections of the nation, placing them under martial law, stopping all travel, etc. You ever seen the movie “Outbreak”? Yes, like that. Unfortunately, I don’t think there are many Dustin Hoffmans running around in camouflage, but there are a horde of Donald Sutherlands.

Why now? Well, the Bird Flu has been around for a while. But ABC has been running stories ginning up the fear quotient over the last week-plus. And there is that book about the 1918 Flu Pandemic people seem to be drawn to. Bush even read it. Yeah, he read a book. No kidding.

The epidemic hasn’t even started in Asia, not really. But it could. And a meteor could hit us, and nuclear war could start, and a terrorist could release anthrax–oh yeah, that happened already, didn’t it?–and on and on. The key is fear. We’ve been conditioned…by media fear mongering–“tonight, what germs lurk in your grout, or under the crisper in your fridge…is your family in danger?!”– and child abduction sensationalism, by the Feds using Homeland security to keep us on edge with those fake terror alerts and random warnings, with SARS and dirty bombs out there in our collective consciousness. Fear is the rationale behind W’s designs on the military. To use it domestically as a does in Iraq. To restore order. To protect democracy.

If you believe that, well…I have a personally signed copy of Mein Kampf I’d like to sell you.

'A Bird Flu Over Our Cuckoo’s Nest' has no comments