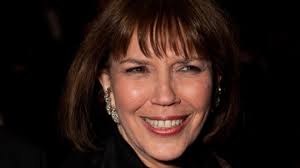 The CIA leak investigation is finally getting around to the real issues–the manipulation of intelligence, the falsehood of the case made so dramatically to the American people and the complicity of the media in ginning up support for the invasion of Iraq.

Sure, it sucks that Valerie Plame was outed…and it was illegal. But, as potential Man of the Year Patrick Fitzgerald is finding out, the story is much bigger. He’s uncovering the tangled web of ops, all run through President Cheney, that got us permanently embedded in Iraq.

An innocent bystander, former Treasury Sec’y Paul O’Neill, naively told us in his book–Iraq was targeted from day one of the Cheney Presidency. A conservative watchdog and all-round thorn in the side of Bill, Judicial Watch, burrowed into the Cheney Energy Commission and found oil execs poring over Iraqi oil field maps with Dick in the aftermath of the California Energy Crisis. Oh yeah, that was before 9-11.

And then there is this document, put out by The Project for a New American Century. On page 14, they call regime change in Iraq an “immediate justification” for building permanent bases in that oil rich land. It was published in 2000. By the way, they write of the need for a new Pearl Harbor on page 51, and of the political usefulness of genotype-specific biological weapons on page 60! Fun stuff!

And Check out their website and peruse the list of signatories. Surprise, surprise…it includes Cheney, Rumsfeld, Wolfowitz and Scooter Libby!

What does this have to do with the leak story? Everything.

Cheney and his White House Iraq Group was designed to make the invasion of Iraq unavoidable. They knew Saddam was basically in compliance with UN Resolutions. They knew those aluminum tubes had nothing to do with centrifuges. And the clincher…uranium from Niger…was bogus, bogus, bogus. Although our media isn’t paying attention, the CIA and Michael Ledeen are in big trouble in Italy. It was there that the infamous Niger-uranium document was “placed” and filtered up to Langley. The Italians are investigating this big time. Google it if you have a minute.

And we know Cheney was popping into the George H.W. Bush Center for Intelligence, a.k.a. CIA HQ, and demanding proof of Iraq’s WMD intentions. They had nothing. Those who said so are now gone…part of former CIA assassin Porter Goss’ housecleaning efforts.

The whole thing was one giant PsyOp. The use of media, false information, opinioneering and scare tactics–and other things I won’t get into in this blog–to create enough public opinion to make the invasion happen.

You see, since Kermit Roosevelt used these tactics to overthrow the elected leader of Iran–Mossadegh–in 1953, the CIA got religion…the religion of controlling democracies through propaganda and information manipulation. It’s called Operation Mockingbird and it began in the early Fifties under Allen Dulles. We know all about it, thanks to the Church Committee in 1975.

The CIA “turned” journalists and editors at every major news outlet in the country…effectively controlling much of the information we got throughout the Cold War. They manipulated domestic politics, international politics and our perceptions of both. If you really want to now why we don’t know the truth about so many things, investigate this. Read about it…most of what we know comes from their declassified documents. And don’t get me started on MKULTRA!

The media was controlled…not totally, but mostly. Supposedly, Operation Mockingbird was “shut down.”

Enter Judith Miller. She was writing article after article in the lead up to the first Gulf War about Saddam being a Hitler-type, his ambitions and his evil-ness.

Funny, Saddam was a CIA asset…but I digress.

Her work even got published into a NY Times book. Hmmm, who was in power then? Oh yeah, many of the people in power now! Like Dick Cheney! Then he was Sec’y of Defense. Did Judy funnel info out to us from that administration, too?

Then, in the lead up to this latest war, she wrote about Saddam’s biological and chemical weapons programs in the NY Times, co-authored a book ominously titled “Germs,” and became a primary cheerleader at the “liberal” Times for invasion. Of course, all her reporting was false, kinda like Jayson Blair’s. But Jayson was silly…not a warmonger. Funny to see who got shafted, isn’t it?

Now we see that Miller was intimately intertwined with Cheney’s cabal, getting encoded messages from Libby while in jail, refusing to tell what she knew…because it would lead back to Cheney. I will state this emphatically–Judith Miller is another CIA-Mockingbird shill! Period. She’s been doing this for over a decade.

Just think of how well they did their job, and how poorly most of us think the media did it’s job. At the time of the invasion, over 60% of Americans believed Saddam was part of 9-11! Everyone believed he was a few months away from a nucular[sic] weapon, that we’d be greeted as liberators…and on and on.

They controlled the info creation spigot…at least the main pipes through which the vast majority gets it’s conditioned information. C’mon, people…Fox News got daily talking points, Judith Miller, embedded reporters, Ahmed Chalabi, Michael Ledeen, Iraqi maps. And there are others. Look and ye shall find.

So, Judith Miller is a shill. Let’s hope Fitzgerald can “kill” this mockingbird and blow open our covert government. We might even get a new Church Committee…God knows we need it.

'A Shill or Mockingbird?' has no comments