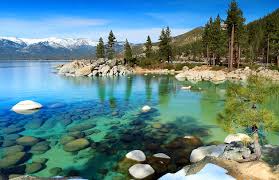 There are plenty of reasons to feel alone here in the WoB. A lone crusader feeling, the “I know things they don’t know, or don’t want to know” feeling, the “country’s problems are so big and I’m so small” feeling, the “so what if I didn’t go to an Ivy League school or join a frat” feeling, the “there’s a lot of evil in the world” feeling.

Mostly, these are indulgent.

I indulge in them all. Christ, does that make me an alonaholic? Whatever.

The one source of truly oppressive loneliness comes from the mood and temper of the town, the style–or lack thereof–of the social fabric, the repressed mimicry that coats this oh-so-important of cities. Perhaps it’s a function of power, or the pursuit of it. Likely it’s money, which seems to pursue power like a stalker on meth.

Or maybe it’s the transplanted populace, all begging for cues from the core of natives who’ve been here from day one and have grown used to the social strata, reserved elitism and lamprey economy.

It’s not my homeland. In fact, this place makes me feel less like an American than any place I’ve been.

Yes, California has it’s faults. It’s too expensive, a bit too image conscious (I’m from NoCal, not SoCal), too car-oriented. But it’s free. Liberated. Open. Anyone can go to California and fit in. Anyone. If they want. Social fluidity–an acceptance of differences and that “laid-back” style that means you are welcome to stay.

There are few places like that in this transcontinental behemoth. Certainly not here. Perhaps I haven’t tried hard enough…here, that is. But that’s the point. Why should I try?

A fellow Calfornianista seconded my claims. What an oasis. Saying “dude,” freely, Saying “whatever” whenever you want. Looking askance at the stuffiness, and being skeptical of anything related to power. You see, the Reagan Revolution’s roots come out of a typically Californian, and broadly Western, mindset of individualism, distrust of power and the government and an unrepentant libertarianism.

Yeah, we have conservatives…but they are not generally Evangelicals. They want the “government off their backs.” So do gays who want to marry. They want freedom from interference.

We get along because we have space…we have boundaries. We are united by the space between us. We have fences, we have refugees from the East who were tired of everyone on the block knowing their business, or from the Midwest where small towns post the name of everyone you’ve slept with in the local diner. I’ve heard the stories. They came to get away, to re-invent…to get some breathing room. Sure, the air is not so clean…but at least they can breath it freely. Actually, that’s LA. LA…well…I’m not from LA.

I’ve not met many people from home. When I do, which has happened a couple times, there is this thing…a sort of ease and relaxation…that frees me to really be free. To use all the different inflections of “dude” and “whatever.” Each word has a number of different meanings. It’s great to be able to use them. My brother by choice teaches back in CA…and he assured me he praises his students for using the native tongue. He’s helping to keep our language alive.

If there is a lingo here, I haven’t found it. Or been introduced to it. Or maybe I’m just not looking. Because this is a place of transients, hostages, jailers and those in transition. I’ve certainly been three of the four. But now I know I will never be “in” here. Only “out” here…as in temporarily. Last time it was four years. This time?

I do want to get back to my land, my people…my way of life. This time, though, not a retreat from defeat, but as a choice born of desire. And, until then, I will seek out others like me. Perhaps forming a little band of us to roam about, drawing stares from those who find “dude” to be so prol, so gauche…so unsophisticated.

Californianistas unite! You have nothing to lose but the rest of this country.

Tagged: californianistas, eastern establishment, what is californian, whore of babylon