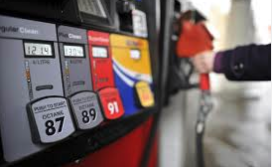 Iraq is a big success.

Well, it is for US oil companies, defense companies, construction firms and Saudi Arabia.

Which may account for the “investor” tax cut House and Senate GOPers just dreamed up. Don’t want those profits getting into the wrong hands, after all.

But Iraq doesn’t register in the debate about record profits for oil companies, or enter into the equation when babbling heads ponder the source of our gas pump woes.

When Bill “He’s like a member of the Bush family” Clinton bombed Baghdad in 1998, he forced out the UN inspection team. What we now know comports with what some of those inspectors went on to tell us–that Iraq was nearly in compliance with UN resolutions regarding WMDs. In other words, Iraq didn’t have WMDs.

Iraq had destroyed stockpiles for years, but the real kicker is the basic scientific fact that WMDs–biological and chemical–have a really short shelf life. So, anything the inspectors didn’t get would be useless by 2000. By 1998, for that matter.

There’s Iraq and Saddam, sitting on the verge of ending sanctions and sitting on the world’s second largest oil reserves. Second only to Saudi Arabia.

Imagine if you will, a world where Saddam is free of those sanctions…with all that oil…with infrastructure contracts going to Russia and France…with the capability of rebuilding his country and flooding the oil market with a newly opened spigot. Imagine Iraq in charge of its own oil.

Add to that Saddam’s threat to trade oil in Euros. The same threat the Iranians are trying to make good on right now. Silly Iranians.

So why did we go into Iraq? It’s money. And in our fake free market…it’s fake, believe me…artificial scarcity is the golden goose. The destabilization of Iraq, which is producing less oil now than it did throughout the sanctions, was goal number one of the invasion. Oil rockets up in price. Profits follow. Because the price of getting that oil to market hasn’t changed. The supply has been choked and the psychology of the market has been manipulated. Much like the bellicose talk about Iran is doing now. A double whammy for oil prices.

Oil execs know this is a win-win. They get more profits per barrel, and they lengthen the life of the resource. Get that last part? They take a resource that most say is limited–lasting until 2040, or earlier or later, depending on the numbers–and they choke off production. Rather than Iraq, for example, flooding the market and expending their oil for $20 per barrel and, therefore, using it up at a steady rate…they oil stays in the ground and gets to market over a longer period of time at a much higher rate of return.

Now, when you look at who got us involved in this Iraq bullshit it’s obvious there is a cui bono, or “who benefits,” question that is easy to answer. Hello…it’s oil companies, Saudis, construction companies. Simple, simple, simple.

But we hear about ANWR, refining capacity, the huge American appetite for oil. We hear about China sucking up oil.

Remember when we were told Iraq’s oil would pay for our invasion, for their rebuilding…remember that?

What a joke. What a lie.

They knew it wouldn’t work that way. They didn’t want it to work that way. This is what they wanted. An Iraq in turmoil. Oil markets spooked. Saudis getting rich. Oil companies getting rich. A permanent military presence in Iraq. Once the country is poisoned with depleted uranium, the population is in tatters and the country in a long, seething civil war…big oil can begin to extract the oil and sell it at $70, $90, or even $100 per barrel.

But that comes later.

And when we are desperate here at home. When any last shot at the middle-class American dream is eaten up by the consumption culture we’ve bought into…and we pour those ephemeral dreams into the gas tank to fill up our must-have vehicles. Vehicles we need to get to work to earn money to pay the monthly minimum on our credit cards, to pay those rising mortgage rates…to drive to Wal-Mart to buy more plastic shit.

Iraq is the linchpin of the long-term strategy of sucking the life and money out of the middle class. I know it’s counter-intuitive, but civil war is good. Divided populations are good. Hey, it worked for the Romans.

The Iraqis will never be able to manage their oil like, say, the Venezuelans. Or the way the Iranians wanted to under Mossadeq…until we overthrew him and put the Shah in power.

That oil belongs to the rich. To the investor class. To those who will get yet more tax cuts on their dividends. Not to those who provide the children and the dollars to fund their expeditions into the brave new world of geopolitics and petropolitics. We get artificial scarcity, the daily struggle to make ends meet and the sort of power that is afforded to those without the money to buy influence.

It works. It worked in California. Enron and other energy corporations screwed the market, created artificial scarcity and shut down electricity generation. The country gasped at the rolling blackouts. Cheney got his Energy Commission. Corporations got their handouts and deregulation. And now California has power plants that they don’t need. But construction companies sure made out. And we got the rationale for the Bush-Cheney energy policy. A policy of profiteering.

But keep on thinking it’s about refining capacity. Even though, in this supposed free market, it’s up to oil companies to build those refineries…not taxpayers. Why haven’t they built them? Hmmm. Maybe it’s artificial scarcity?

Keep thinking we need hybrids. Even though Honda made a gas-only car in the mid-80s…the CRX HF…that got 60 miles per gallon. More than most hybrids get today. Artificial scarcity, perhaps?

Keep thinking it’s about ANWR. Even though every oil analyst knows that any oil pulled from that reserve will be shipped to Asia, not to the domestic market. Artificial scarcity?

You see, we don’t have a free market. We have capitalism. And capitalism is run by a small oligarchy that uses the system, uses government, to monopolize and profiteer. They manipulate the market. They get their cronies and agents elected. They get taxpayers to fund resource grabs and to undercut their own power as consumers. They use artificial scarcity to increase their profits which, in turn, increases their power by giving them more money to buy political influence.

Think about a power system that has the gall to try to extend tax cuts to the investors who are making money hand over fist because of artificial scarcity.

'Artificial Scarcity, Gas Prices and You' has no comments