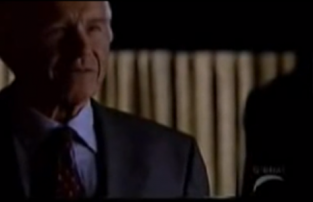 Put on your tin-foil hat and jump into the rabbit hole on the grassy knoll…we have a real-life conspiracy on our hands. An assassination, no less, using a strange, cloak and dagger weapon–radioactive polonium. Who was murdered? A fierce critic of President Vladdie Putin who, by the way, was himself a former spy for the KGB.

Why was Col. Alexander Litvinenko murdered?

Well, the mainstream media is hot on the trail of a conspiracy to silence him. To punish a man who wrote in 2003 that the 1999 Moscow apartment bombings were, in fact, carried out by the successor to the KGB–the FSB. He claims that the bombings, which were quickly blamed on Chechen terrorists, were used by Putin to invade Chechnya and consolidate his then-tenuous grasp on power. Used to solidify weak public support for his regime.

What a strange idea!

Further, this came on the heels of Anna Politkovskaya’s murder…a Russian journalist who was working the same conspiracy angles as Litvinenko. She, too, saw pernicious conspiracy in the apartment bombings and both were making similar claims about the Beslan School Massacre.

In fact, there is quite a bit of evidence to support both of those “theories.” Which is why, many have theorized, both of those voices have been silenced…by assassinations that, as it happens, are also widely considered conspiracies.

It’s funny how readily the media and commentators and journalists have jumped on board this wild conspiracy theory regarding these assassinations: that people who, themselves, were exposing conspiracies were murdered by conspiracies to keep them silent.

We even have some proposing that they were murdered by yet another hidden force so that the blame could then be placed at Putin’s door and, thus, undermine his growing power as Russia’s president.

All acceptable. All mainstream. All treated with “breaking news” updates and journalistic scrutiny.

All completely contrary to the way the media and the press regard theverboten idea on “conspiracies” right here in the U.S. of A.

They happen in Russia, to Russians and by Russians. Or in London…but still essentially a Russian deal.

Nope, America is pure. A land of blind coincidences, oppressive randomness and soul-saving chance. Like so much of the American Way, history and inquiry are closed off by a sense of purity…the American future guided by the glorious simplicity of freedom and clouded by an indisputable fog of fair play.

Our national bird could be…should be…an ostrich. Eagles are known for their keen eyesight. We prefer to bury our heads in the sand.

The conventional wisdom, derides as “wild conspiracy theories” anything that challenges that air of purity.

The assassination of JFK is the Uber-Theory. Although over 80% of Americans consistently in poll after poll believe there was a conspiracy, the media has pulled out all the stops to put a stop to such nonsense. Much admired in death, one of the great peddlers of this elitist obfuscation was Peter Jennings. He gave us his final word on the assassination in 2003…titled “Kennedy Assassination: Beyond Conspiracy.”

That’s right folks…we are now “Beyond Conspiracy.” Even the House Select Committee on Assassinations was wrong. Only Lee Harvey Oswald pulled the trigger that day, not the two shooters that the Congressional inquiry concluded had to have been there that day.

Still, no one has been able to replicate those three shots on a moving target in Dealey Plaza. Or can answer why Oswald defected to Russia after getting Russian language training as a Marine. Or why Oswald the defector…who, strangely enough, also served at a U2 spy plane tracking station in Japan…returned to the US without being arrested for treason. Or why he was given that job at the book depository by a known CIA asset. Or why he was hanging out with Bay of Pgs vets in New Orleans. And on and on. Look for yourself.

Or not. It’s much easier to buy the big lie. At least, that’s what Adolf Hitler said was the key to controlling a democracy’s masses.

The Gulf of Tonkin…a conspiracy to escalate in Vietnam? No way! Ignore that document now prove that there wasn’t an attack by Vietnamese forces and that LBJ used the ginned-up “incident” to get the Gulf of Tonkin resolution passed.

No…things like Operation Northwoods are mere fancy, best regarded as objects of ridicule. The Joint Chiefs of Staff would never concoct a fake terror campaign, complete with a shot-down drone masquerading as a civilian flight, just to start a war with another country.

Or how about Bobby Kennedy being shot by Sirhan Sirhan as he was rolling towards capturing the Democratic nomination? Now, the Brits have no problem questioning why the fatal wound was in the back of his head while Sirhan was in front of him. A Brit asked the question…and found three CIA dudes hanging around the Ambassador Hotel…men positively identified by former colleagues and two of which were Bay of Pigs vets.

But c’mon…America is the land of lone gunmen. Speaking of which, watch this excerpt from the first episode of a short-lived series called The Lone Gunmen. Created by Chris Carter of X-Files fame, it was sure to be a ratings hit. It was cancelled after only a few episodes. But that first episode, airing months before 9-11, was eerie…to say the least.

According to an actor on the show, the story for the debut installment was proposed by a CIA agent.

Just like the Bay of Pigs guys–men like E. Howard Hunt, Frank Sturgis and Felix Rodriguez–popping up in RFK’s assassination, Watergate, JFK’s assassination and Iran-Contra. Chance and randomness are the only explanation.

And mysteries they remain…at least in the media. Because the media ignores oddities and inconsistencies and ridicules those who do not.

Gary Webb was one journalist who dared. Dared to ask the hard questions about the role of cocaine dealing in Iran-Contra. He was ruined…even though he was mostly right. The crack cocaine epidemic was a by-product of…well…a conspiracy. But forget that…because all those Iran-Contra connections to cocaine dealing and are mere coincidence. Just ask Manuel Noriega! As Poppy said, “No quid pro quo.”

No, America…listen to your trusty leader George W. Bush. Shortly after 9-11 he went to the U.N. and told us to not tolerate “outrageous conspiracy theories.”

He wouldn’t mislead us. And the media would never cower away from trying to make sense of all those strange facts surrounding that event.

Hey, the Russians might carry out bizarre conspiracies and secretive assassinations.

But here…in America? No way.

I mean, the anthrax attacks were pure coincidence. Never mind that the source for the anthrax is narrowed down to two places–Porton Down in the UK and Fort Detrick in Maryland. Both government-run bioweapons labs. Or that Congress is still, years later, asking for answers. Or that White House staff was, according to a public statement by Ari Fleischer, on Cipro before any letters were received. Heck, the fact of randomness is made ever-so more convincing by the fact that the first person to die from exposure to a specifically addressed letter was an editor for the National Enquirer who, as it happens, acquired and ran that photo of the Bush twins drunk.

Yeah, we were wiretapping Princess Diana, playing games with the Osama and the Taliban in the 1990s, mixed up in the Orange Revolution in the Ukraine. Sure we had BCCI, Enron and the California Energy “Crisis.”

Oh yeah…and there was the Neil Bush-started Savings and Loan collapse, the fact that John Hinckley, Jr. and Mark David Chapman crossed paths as members of World Vision Ministries, the many single-car accidents that plagued witnesses on JFK’s murder…and Willie Brown being called by Condi Rice and warned against flying on 9-11.

No, America. Rest easy. The very fact that we have this obvious conspiracy to poison a former Russian spy shows us that our media is on the job, our press not supine.

They know a conspiracy when they see one.

It’s sorta like the exception that proves the rule.

The rule being that we as Americans are excepted from conspiracies. Take off the tin-foil hat and cozy up in front of the tube and watch 24, or Sleeper Cell…and go to bed knowing full well that it’s all just make-believe. Nothing happens for a reason in America.

'A Poisonous Conspiracy Theory. Are We Russian to Judgment?' has no comments