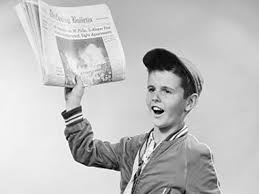 This headline grabbed my attention. It’s an amazing story of a true American. Note the classic characteristics in boldface of, like I said, a true American. Near-Vegetative Man Partially Recovers from Brain Injury, Recites Pledge of Allegiance Terry Wallis of Arkansas lingered in a minimally conscious state for almost 20 years before he suddenly regained some ability to speak and move in 2003. In 2005, a former firefighter in Buffalo, N.Y., turned from being barely aware and almost mute for nearly a decade into a virtual chatterbox for 14 hours. His doctor had been trying a cocktail of drugs. The man described in the Nature paper, despite his improvements, remains severely disabled in a rehabilitation facility for brain injury on the East Coast. (To preserve the man’s anonymity, the researchers would not identify the facility or even reveal which state it is in). He can’t walk. While he has regained the ability to chew and swallow, he must be spoon-fed. He can demonstrate the motion of brushing his teeth, for example, but he can’t actually do it. That’s because tendons in his arms contracted after years of immobility, said study lead author Dr. Nicholas Schiff of Weill Cornell Medical College in New York. The man doesn’t initiate conversation but can reply to others, generally with one to three words, said Dr. Joseph Giacino, a co-lead author of the Nature study. Several weeks ago, he recited the first half of the Pledge of Allegiance without assistance, said Giacino, of the JFK Johnson Rehabilitation Institute in Edison, N.J. It’s impressive that he was able to say half of the Pledge without help and it probably indicates that he’s one of those elite Americans who believe that Saddam was part of 9/11, Al-Qaeda and the War on Iraq are connected, that W is a good Christian, that WMDs were found and that we are killing brown people to bring them the gift of democracy…oh yeah…they also believe the USA is a democracy.

'Extra, Extra…Read All About It!' has no comments