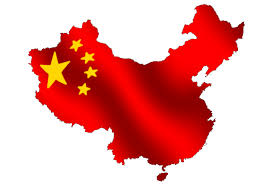 Born out of the wreckage from the Great Recession and incubated by the fallout of our Oil and Gas Presidency.

Quickly instructed by resilient American know-how and graduating just in time to lead the economy of the 21st Century.

Our great green hope was alive. The future glowed with the emerald hue of manufacturing jobs and energy independence. America would once again lead the world in building something. President Obama delivered the birth announcement in 2008 and Congress sent along congratulatory gifts of stimulus money.

Alas, the baby has been strangled in the bassinet.

That’s right, folks. While we were busy playing partisan coochie-coochie-coo, the Chinese quietly killed off the great green hope. Last week, Evergreen Solar of Massachusetts announced that it is shutting down a solar panel factory, shipping 800 jobs and all that know-how to China. Although Evergreen received $43 million in state government subsidies, they couldn’t justify staying here in the good ol’ US of A when the Chinese simply offered them “much higher government support.”

Apparently, the Chinese policy is to allow only one child of this new, green economy—theirs.

The emerging green hope of the Red Chinese is growing by great leaps and bounds. In fact, China recently passed Denmark, Germany and the United States as the world’s leading maker of wind turbines. Obviously, they are not content to fill the shelves of Wal-Mart and Target with petroleum-based plastic widgets, disposable holiday trinkets and mass-produced cookware. They are not content with taking over the steel industry, techno-gadget production and airplane construction. Yes, they are also out to out-build us in airplanes. You can thank GE for that. They’ve just announced a technology-transferring deal to help the Chinese catch us in airplane manufacturing.

And that’s the problem. The real freedom in free trade is the virtual screwdriver given by our trade policy to the hands of big corporations. They’ve used it to dislodge one factory after another, loosening the foundations of the Middle Class and shipping it overseas. Meanwhile, the Chinese leverage their massive surplus of labor and hands-on style of government intervention to transfer as much of our post-World War II wealth as humanly possible. But we shouldn’t blame the Chinese. No, the people who have made this happen are the well-traveled, well-heeled denizens sitting on the boards of supposedly “American” corporations and the fishy financial institutions that feed them. We should blame their free market political puppets and the people who peddle us cheaper, cheaper and even cheaper stuff. They are rich uncles of China’s economic One Child Policy.

You see, the fact behind the fiction of free trade is that “capital,” i.e. incredibly rich people, should be “free” to go where profit margins are largest. And profit margins increase where labor is cheap and malleable. For instance, where the government, the army and the police function almost seamlessly, each vigilantly suppressing the political aspirations of working folks or any disputes they might have with management. That’s a “good labor market.”

It also helps to have government subsidies for just about everything. To have zero requirement to provide health care or pensions or to meet minimum safety standards. And if you don’t have to deal with cleaning up any poisons you leave in the air, the water or the soil? Bingo! Now, that’s a “good profit margin.”

But that’s not America.

So, what’s the result of our almost religious belief in free trade fundamentalism?

We now find ourselves kowtowing to one of the world’s most repressive regimes. To the people who brought you Tiananmen Square, the use of prisoners as unwilling organ donors and some blustery saber-rattling over Taiwan. Although, we don’t really mind the saber-rattling. If nothing else, that keeps the defense industry in tax-payer clover. The green economy actually refers to the “green” they take on April 15th and give to weapons makers. Otherwise, there isn’t going to be a “green economy.”

Perhaps the problem is not that Americans cannot compete, or that China is too ruthless. No, the problem is that the High Prophets of Free Trade care far more about the high profits in their off-shore bank accounts than they do about the country and people who made it all possible in the first place. Their loyalty is to the bottom line. That makes them bottom feeders.

But they are not stupid. They see the future.

China’s economy is global capital’s favored child. It is growing and prospering. Eventually, the billion-plus consumers of China will make up for the stagnant consumption of a decrepit American marketplace. The pyramid scheme called “the credit card economy” is obviously over. The wealth of the Middle and Working Classes has been, by and large, transferred to the top 1%. And now that America’s green economy is suffering from a miscarriage of economic justice, there is little left to keep GE and the rest of corporate America at home. Like the latch-key kids of the 70s and 80s, they will give us plenty of T.V. to watch, some sickly sweet snacks to eat and the promise that they will be home as soon as they get off work.

Unlike the actual parents of those kids in the 70s and 80s, these people are never coming home. They work abroad.

'China’s One Child Policy comes to America' have 7 comments