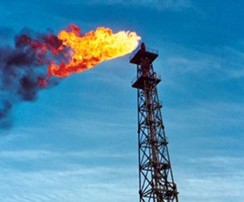 Neither does anyone else.

That’s because the operational theory of why, at the turn of the century, Big Oil tightened its grip on the political system and used it to acquire as much of the “dwindling” resource as possible, often through proxy imperialism, has suddenly become irrelevant.

It’s not as if the fear of an impending, precipitous decline in oil production wasn’t an effective tool to massage markets, influence decision-makers and pique oil-thirsty populations into supporting petroleum-based wars, even if only subconsciously.

Rather, the planet is suddenly awash in oil. New discoveries in Africa, the long-awaited Caspian Sea oil and gas pipeline, expanding reserves in the US and the possibilities of the South China Sea have turned the earth’s ecosystem into a fountain of youthful exuberance for Big Oil.

Add to that the ever-more refined technologies now employed to extract shale oil, to cook up Canada’s toxic tar-sand goop and to build massive new infrastructure projects to move it around the continent and the globe, and you’ve got an oil supply that isn’t going to “peak” anytime in the foreseeable future.

In fact, with oil-fueled climate change opening the last great unspoiled frontier—the Arctic Ocean—the folks at Big Oil could be getting even more bang out of your gas bucks. The big melt from burning lotsa hydrocarbons is a big “two-fer” for Big Oil.

It’s good to be the king, and right now it looks like Big Oil is the king of the world!

But there is a problem.

Every day, Big Oil’s executives, geologists, engineers, lobbyists and political cronies wake up to an existential threat. It cannot be destroyed by a proxy army. It cannot be bribed. And all the lobbying the world will never, ever keep it from rising each and every day, looming over them and challenging their every move.

It turns out that Old Sol not only provides the essential energy that powers all life on earth, but—thanks to the ingenuity of some particularly troublesome human beings—its reliable light can be “transformed” into “usable electricity” through a “miracle device” called a “photovoltaic cell!”

Just imagine—what if people could stop burning oil and gas and even coal, and just use these miracle devices to transform Old Sol’s sunny disposition into the power needed to run just about everything?

Well, if you are one of the masters of the oil universe, you’ve probably lost a lot of sleep worrying about that very question. But worrying is not enough. Big Oil is taking action to stop the Sun’s onslaught on their energy monopoly. Big Oil is working hard to counter market-driven innovations that are not only making solar power more and more affordable, but also making solar power a progressively more attractive investment to Big Oil’s heretofore reliable benefactors on Wall Street.

In fact, Bloomberg New Energy Finance (BNEF) recently issued a report touting the future of renewable energy as an investment. Suddenly, this is not about tree-hugging ethics. Now this is about the bottom line.

According to BNEF, annual investment in new renewable power capacity is going to rise significantly between now and 2030. The report states: “The likeliest scenario implies a jump of 230%, to $630bn per year by 2030, driven by further improvements in the cost-competitiveness of wind and solar technologies relative to fossil fuel alternatives….”

But wait, there’s more: “Improvements in cost-competitiveness means that renewables will account for between 69% and 74% of new power capacity added by 2030 worldwide.”

And it gets even better. Not only are renewables crossing the line from hippie dream to golden goose, the manufacturing sector is moving so fast that there is a “glut” of solar panels. That’s right. Solar panels are no longer “too expensive” or an “unrealistic” alternative to Big Oil’s monopoly hold on energy production. Instead, there is a production glut in solar manufacturing.

Yes, you read that correctly. A glut!

That glut may be the real reason Solyndra, along with other notable solar manufacturers, collapsed over the past few years. They were simply overtaken by rapid advances in manufacturing and cheap Chinese labor. That combination made their original production model quickly and irrevocably obsolete. That’s not an example of pie-in-the-sky green technology cronyism run amok. Rather, it is an indication that market forces are moving at a breakneck speed to give us all the miracle of photovoltaic power at exactly the moment the planet needs it most.

Now, for the first time ever, Big Oil is facing a clear and present danger—one that actually promises to deliver energy without a panoply of oil-related problems:

But don’t start selling off your shares of Chevron, ExxonMobil, Shell or Halliburton just yet. The oil industry has spent billions of dollars on the care and welfare of their collective hold on the energy market and, in effect, the lifeblood of the modern world.

The primary strategy in Big Oil’s preemptive war against the revolutionary, liberating power of Old Sol is to “out-glut” the “renewables glut.”

In fact, US oil inventories reached an 82-year high on May Day, with stockpiles jumping to 395.3 million barrels at the end of the previous week. Take that in for a minute. An 82-year high! The price per barrel has settled above $90—down from a high of $118 in February of 2013, but still a far cry from the $11-$25 per barrel seen during the salad days of the Clinton years.

Not surprisingly, the price at the pump did not dip to 82-year lows. But it has dropped, and CNNMoney touted this as a boon to consumers and the flagging economic recovery with a grabby homepage headline: “Falling Gas Prices to the Rescue.”

But who is being rescued?

Or is Big Oil rescuing itself?

Already fattened up on Bush Era spikes in oil and gas prices, it makes sense that they’d “sacrifice” a few quarters or even years of “flat profits” to flood the market with hydrocarbons and outflank the advances being made by renewables and, specifically, solar energy.

In March of 2013—just weeks before that 82-year spike in oil inventories—the Federal Energy Regulatory Commission (FERC) reported that photovoltaic power plants generated 100 percent of newly added electric power capacity for the entire United States. That was a first in US history, by the way.

This may be the reason why Saudi Arabia is embracing the US shale boom currently transforming America into an energy exporter. In a pure free market sense, this doesn’t make much sense for the petroleum-reliant Saudis. But Khalid Al-Falih, CEO of Saudi Aramco, gushed to the Financial Times about the positive impact of American oil and its crucial role in “reassuring” consumers about the “reliability of oil supplies.”

More to the point, Al-Falih told FT that more US oil production “…just cements in the public and global consensus what we’ve already known. Oil is going to be the fuel of choice…for an extended period of time, and we need to manage it, we need to invest in it.”

And invest in it they are—in deeper and deeper drilling, in political lobbying, in new fleets of tankers and, pulling an ace outta one of the many holes they’ve drilled, in hydraulic fracturing.

The fracking frenzy is the main front Big Oil’s preemptive war against the growing glut in renewable capacity. Armed with a swelling supply of so-called “clean” burning “natural” gas, the plan to “out-glut” the solar glut is playing out in the heartland of America.

A massive spike in natural gas production is not only poisoning water supplies and causing earthquakes, it is undercutting the transition to renewables—solar, in particular—and forcing cash-strapped governments to forgo the future in favor of a cheap and easy present.

Natural gas is, in effect, a “force-multiplier” for Big Oil, preserving the hydrocarbon infrastructure for decades to come and undercutting both rapid advancements in renewable technologies and the American public’s stated desire for more emphasis on solar and wind. They are comfortable with more “natural gas,” too—probably because of the snazzy branding of hydrocarbon gas as “clean” and “natural.”

But nothing trumps the bottom line. And Big Oil knows it. All the bad news about climate and extinctions and pipeline spills in the world will not overcome simple economics, particularly in hard economic times. Perhaps that’s why so many are so convinced that approval of the Keystone XL pipeline is, in fact, “game over” for the planet.

If approved, that new surge of oil into the market—coupled with the fracking boom and a massive, newly identified source of methane “trapped” in ocean seabeds called “fire ice”—will amplify Khalid Al-Falih’s “reassuring reliability” and truly “cement” Big Oil’s monopoly on the future.

And that is a dark future, indeed.

'Big Oil’s War on the Sun' have 3 comments