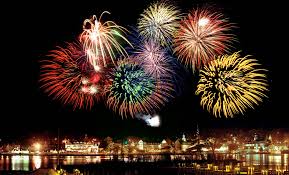 I resolve to eliminate the semi-permeable barrier between myself and the people around me. Facebook. Emailing. Text messages. Voice mails. Headphones and earbuds. Technology now allows us to sustain the feeling of closeness in relationships big and small, but it has also removed much of the humanity and “messiness” that once accompanied all the human interactions we engage in every day. Now is the time to stop the sterilization. Maybe that taste of dissatisfaction about life in 2010 stemmed from a sense of nostalgia for a time when we actively pursued friendships without the safety barriers, without the selective filters of technology we now use to shroud ourselves and, at the same time, to “market” ourselves with managed profiles. The semi-permeable barriers of social networking, mobile phones and iPods are disintegrating decades, if not centuries, of politeness, protocol and kindness. It is allowing us to avoid people and issues we once had to face. It is turning us into beta-tested products of future functionality instead of allowing us the leeway to be messy human beings. Here is my checklist for the new year: 1. Choose the voice. When someone crosses your mind or you wonder how they are doing or just want someone to talk to…pick up the phone and call. Don’t text. Don’t leave a comment on Facebook. Stop the passive-aggressive techno talk. Just talk. 2. Stop screening. Think back to a time before Caller ID. To a time when every phone call was a raffle and you were often surprised by the luck of the draw. If someone is calling you…there is a reason. Respect it. Face it. Issue avoidance be damned. And…remember, there is a person on the other end. Someone you once thought enough of to give ‘em your number. Maybe they just need someone to talk to and a need to know someone will pick up. Maybe you will need that, too, someday. Make the investment. Maybe it will pay off. 3. Emailing should not replace a phone call. Yes, use it to write letters. There are some things that are best communicated with the written word. Some conversations flourish with the use of written language. In fact, emailing is fading in favor of the text message and the FB comment. But don’t email when you really want to talk. And why not try writing a letter and putting it in the mail? Maybe a card. Something. The feeling of getting actual mail is, in these cold and mechanical times, irreplaceable. 4. No texting. Unless you know someone is driving, or can’t find them in a loud bar or concert…stop it! In fact, it should be only used for purely utilitarian reasons, not as a replacement for talking or visiting. If you are at a concert or a ballgame or a museum or on a walk…be there, in that moment and that place. Try leaving your phone at home. Try it. It’s okay. Those of us of a certain age remember what it was like to leave the house without a phone. Maybe it is up to us to bring back the practice of watching an event or walking down the street without looking down at a phone. It will certainly make walking down a sidewalk a lot easier on all of us. 5. Get Wired. Use landlines whenever possible. Use cords. Use your home computer in one place, don’t bring it to the couch and use it in front of the TV. I mean, really? Now you have to engage in two distractions at once? You cannot even give your undivided attention to the TV? Coffee shops are now devoid of conversations, with people staring numbly at screens in a caffeinated techno-morgue…stop it! Get rid of wireless at home. Limit your cellphone use. Not only will it reconnect you to the world, but you will also stop cooking your body with radiation. That’s what it is, by the way…a form of radiation. 6. Unplug. Try the sounds of the world over the same playlist of songs you’ve been listening to for the last month. Working out? Okay, I can see that “Hair Band” mix helping pump you up. But everywhere? Those earbuds are, in fact, your way of telling people to leave you alone. Absolving you of having good manners. Of caring. Earbuds, looking down at your phone…these are ways of disconnecting from the people around you. It is making us rude. It is draining the oil away from the social machinery. 7. Try dropping by. Just once per month, try dropping by someone’s home and saying “hello.” And don’t be “upset” that someone dared to invade your privacy and see you…on a whim and in person. 8. Undivided attention. Try it. Don’t screen calls, but don’t pick up the phone when you are eating or talking to someone or paying for your groceries. Treat the person in front of you like a human being, for Christ’s sake. Behaviors that would’ve been incredibly rude twenty years ago…now are commonplace. Accepted. That’s the problem…technology is making acceptable all manner of bad manners. It is making us less human. 9. This is for my generation…those of us who were kids in the 70s and 80s…who remember a time without home computers, laptops, mobile phones, iPods and all of the other pervasive technological status symbols, interpersonal filters and narcissistic networking ploys that muddle what used to be people in pure interactions with people. We are the keepers of a flame. Those who came after us don’t remember the way it was. Maybe all of the fascination for Mad Men, comfort foods, men wearing hats and the hipsters in their vintage clothes…maybe it is an expression of a deep dissatisfaction with the cold, technological times we live in. I am sure you’ve noticed that people seem, by and large, unhappy. We are losing something. We need to stop the losses. Perhaps we need to reconnect, without our wireless connections.