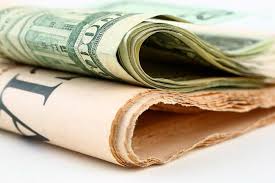 For the better part of four decades television news was called “programming.” The 6 O’clock News, the Evening News, news specials…no matter the format, the moniker was the same—it was a “program.”

But, something funny happened on the way to the public forum.

Somewhere along the way, news programs turned into “shows.” Look up and down the schedule of any cable network and you’ll see one “show” after another. During those aforementioned four decades, the word “show” meant entertainment. The Ed Sullivan Show. The Tonight Show. The Merv Griffin Show. Hell, there was even Your Show of Shows!

At the same time, the networks produced news and educational programs to fulfill strictly-enforced FCC license requirements. By law, they had to provide a set amount of public interest and public service broadcasting during a given day, week and year. News programs made up a good portion of that requirement. It was the price they paid to run profit-making entertainment shows on the public airwaves.

News was news, and shows were…shows.

Then, so to speak, came Bill Clinton.

The revelations about Bill’s johnson and Monica’s mouth were also a revelation to the number crunchers at cable networks. With profit margins waning, overseas bureaus increasingly shuttered after the fall of the Berlin Wall and suffering an audience share hangover after the heyday of the profitable Gulf War, quickly consolidating media corporations looked long and hard for a new spurt of revenue.

CNN and Fox, in particular, capitalized on Zippergate, opening a floodgate of cheap-to-produce, time-consuming shows that drowned out news-gathering in favor of opinioneering. Instead of sending out reporters and crews on long, costly fact-finding trips and stone-turning investigations, the number crunchers realized they could easily fill hour after hour of the news day with low-cost or, if you can believe it, free media-star wannabes.

A new class of talking head emerged. They had books or book ideas. They plugged their columns. Hoped for radio shows. They were the jugglers and dancing bears of this new, news-show world. At little cost to the network, the “pundits” were willing to go on a set or get beamed by satellite into split and quad-screen graphical boxes. Once there, they’d incessantly bloviate, debate and be righteously indignant about the latest Monica mini-story, artfully read in grave tones by an “anchor-host” off of the Associated Press Newswire.

You mean we can simply sit here on the set with our anchor-host, quickly turn them into a well-crafted personality and then get self-promoting media whores to march onto the self-same set and just let them talk…and talk…and talk some more about a “story” we just read off of a computer screen?

And the ratings will go up as our overhead goes down?

And the more prurient and titillating we make the story, the more this model works?

The show must go on!

Sure, it worked. But Bill Clinton gave non-stop gossip news the feeling of being hard news, if you will. Imagine the gossipy possibilities of politics! They were sitting on a goldmine of personalities and peccadilloes, of Hollywood-like affairs and break-ups and scandals. Washington, D.C. was just like Hollywood, but with the power of life and death! And taxes!

Welcome to the era of the “news show,” my friends. News “programs” could not compete with the profit margins of news “shows.”

Ironically, Clinton’s championing of the 1996 Telecommunications Act—which opened the door to Murdoch and the massive consolidations of that decade—actually fed the non-stop Monica beast that almost took him out. FOX, then a new network with little interest in or resources committed to actual reporting, took off with its personality-driven shows that focused mostly on blathering about stories like Zippergate. They got viewers. Got ratings. Got advertising. And got rich.

By 9/11 and the invasion of Iraq, news organizations were basically entertainment operations. They were revenue streams for their parent corporations. Sure, they did commercial-free broadcasts for a few days, but they also captured audience share and did little to turn that revenue into the sort of international news-gathering that typified the golden age of television. Or the silver and bronze ages of television, for that matter.

Now, looks like we’re living through the nickel-plated age. The networks peddle over-produced, shiny souvenir shop mementos that they try to pass off as the real thing.

The Ed Show? Really? When do the Ukrainian dancing bears come on, before or after the Amazing Flying Party Spokesmen do their version of “Who’s on First?”

Fox and Friends? Wasn’t that a top-rated variety show in the early 70s? Who is guest starring this week?

Yikes! The Dylan Ratigan Show and the Rachel Maddow Show? MSNBC seems hell-bent on challenging FOX by dropping all pretenses of news programming and matching them name for market-tested name.

FOX never had any pretense to begin with. They like to brand their shows simply with the catchy names of their tear-stained, plastic flag-waving figurines: Hannity, Glenn Beck and the O’Reilly Factor.

On CNN, they also like to brand the “hosts” into the title of the program. Hosts. Not anchors. Whether it’s Wolf “I started out working for a powerful lobbying organization” Blitzer or Anderson “Ain’t I Cute and Empathetic” Cooper, the news is just a vehicle for the star. The news is incidental to the graphics and endless loops of poorly shot footage from an iPhone or a Flip camera.

Now, the media finds itself down near the bottom of list when the public is asked in polls: “who do you trust?” Lawyers, politicians and the media. All three are consistent losers in these polls. Oddly, all three “vocations” also provide the bulk of the faces we now see on the networks and most of the shrill voices we keep hearing on these shows.

Free from FCC regulations. Free from any responsibility to the public interest and free from fear of future regulation, there is little reason to change. These three vocations use the new, star-driven media to get out their message, squeeze out thoughtful information and take care of their bottom line.

News is now just a way to show them the money.