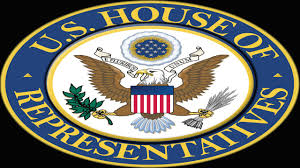 Your yearly salary is a comfortable six-figure affair. You have great benefits, get to take all the holidays on the calendar and enjoy lengthy paid vacations. In fact, you get to chose from nearly a dozen plans when selecting your heavily subsidized health care coverage.

You’ve flown on corporate jets, been repeatedly feted at lavishly catered events and regularly attend dinner parties with your peers, your benefactors and celebrities. And a bevy of your well-heeled friends got together to endow, and then frequently replenish, a fund that will help you keep your job and, if need be, help your spouse and children secure jobs, too.

Wait a minute…that doesn’t describe you?

Well, there’s an excellent chance it accurately describes the men or women who represent you in Washington, D.C.

Of 435 members of Congress, 261 are, by last count, millionaires. All are paid a tidy sum of $174,000 and all have access to America’s richest power brokers. Or, more precisely, the richest Americans have access to them. And if your Representative or Senator isn’t a millionaire? Well, they’re certainly in the right place if they’d like to become one.

It seems with each passing year, and each passing bill, there’s less and less of the average American “represented” in our much-ballyhooed representative democracy. Really, our representatives are more like intermediaries. Most are professional panderers who run interference for corporate cabals. They peddle “New & Improved” government schemes, but spend their time opening loopholes for those who can afford to buy ‘em.

The great gulf between self-proclaimed “public servants” and the actual public they keep promising to serve was on full display during the State of the Union. Our national gaggle of millionaires, lawyers and MBAs came together to listen intently as a Harvard-trained law professor read carefully-crafted platitudes off of a pair of teleprompters. This time, though, they dropped the traditional pretense of un-crossable party lines in favor of sitting well-fed cheek by over-used jowl. Inspiring stuff, that is. There is nothing quite like the power of some senseless, highly publicized killing to bring together the bipartisan team charged with the duty of concocting a game plan to “Win the Future!”

That’s right, folks. The future is a game and the President wants to win it. That was one of the few memorable, albeit bizarre, applause lines interlaced throughout a tiresome, squishy speech that ran about sixty-one minutes too long.

The orchestrated intermingling of Democrats and Republicans obscured the typical “half gets up and half stays down” audience-applause death match of past speeches. As if set to a drill instructor barking out orders—“left, right, left, right”—it had come to symbolize the lock-step partisanship that defines our politics, cable “news” and, in the post-Bush/Tea Party era, so much of American life.

There is, however, a little more truth in the seating arrangement than most of those “representatives” would care to admit. When it comes to brass tacks, and the brass rings that come with doling out those tacks, there is little difference between the two parties. Sure, a few divisive social issues offer ample opportunity to posture and rant and remind us why we should fear the other side. But look back over the last 30 years and you see “the middle” dutifully supporting tax breaks for the super-rich, job-crushing trade deals for multinationals and deregulated freedom for Wall St. to run Ponzi-like schemes. Don’t forget the wars, Gitmo, the bailouts and the Patriot Act. All bipartisan.

Those representatives represent someone, just not Mr. or Ms. Average American.

Perhaps that’s why the Tea Party got so popular, so quickly. Like ‘em or not, many of the Tea Party candidates more closely reflect the backgrounds and ideas of those who campaigned to elect them. The voters saw themselves in their candidates. They might be kooky, but many are something most GOP and Democratic tools are not—they’re genuine. They actually believe their shtick. And they’re tired of GOP pandering.

And perhaps that’s why there was some buzz about a Dennis Kucinich-Ron Paul alliance. Both are thought of as “kooks” in their own parties and both are on the same page about the wars, the corruption, preserving Constitutional liberties and the need for representatives to “represent” their constituents instead of their monetary benefactors. Despite the media’s dismissals, they actually represent genuine ideas and adherence to principles. In fact, they often expose the two-system for what it is—one-party with two wings. Their continued popularity shows that the Left vs. Right catfight is increasingly a fallacy propagated by media sideshow barkers who sell us a bogus product called “politics.”

In reality, it’s about insiders vs. outsiders, elites vs. average folks and public relations vs. public service. The “middle” is where money meets its maker, all cloaked under the cover of gut-wrenching compromises and false dichotomies. Just like the State of the Union.

Of course, the GOP “went on the attack” as soon as the speech came to a merciful end. Obama, ever the radical socialist, went “way to the Left” by adopting GOP talking points: a ban on earmarks; a freeze in discretionary spending; even more tax cuts for corporations. Ever the bleeding heart, he promised to “protect our borders.” And, ever the apologist for the America’s past and present transgressions, he callously referred to the USA as “not just a place on a map, but a light to the world.” Viva la revolución!

The President did say one thing you can take to the bank. He said to the assembled crowd that there “isn’t a person here who would trade places with any other nation on Earth.”

Duh! The median income of those assembled is somewhere north of $900,000 per year.

But forget other nations. Would they trade it for Cleveland? Or Detroit? Unfortunately, there are at least 280 million Americans who would love to trade places with them and their benefit-laden version of America. That cushy, monetary insulation must be why the President confidently reassured them that “the state of our union is strong.”

Not to worry, though, if you live in that other, weaker “union.” It’ll surely work out for the best when our representatives lead us to victory over the dreaded “future.” Or, is that in the dreaded future? Either way, let’s just hope we get a pizza party and a trophy.