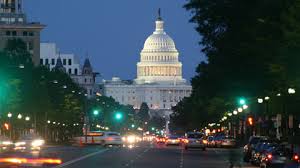 The NFL punctuated another profitable season with its bloated, advertising-laden Super Bowl bash. The end of their big game also signaled the kick off of America’s other ad-revenue bonanza. That’s right, folks. The 2012 Presidential Election is underway.

Not officially, of course. But that hasn’t dissuaded possible candidates from piling on the corpse of the American economy. They’re all searching for some red meat to toss at their die-hard supporters during the primary season. They’re all looking for just the right bone to pick. Unlike football, this “season” will drag on for nearly two years and, after we’ve been beaten numb by a barrage of ham-fisted platitudes, culminate in Stupor Bowl LVII.

One economic issue will produce enough hot air to fill a fleet of blimps. You can count on all of them blowing hard about…entitlements. More specifically, Social Security and Medicare.

The very word “entitlement” is a political football, implying one of humanity’s least attractive characteristics. How often have you heard some snob referred to as “entitled” or bemoaned someone who walked around with a false sense of “entitlement?” In fact, clinical psychology associates a strong sense of entitlement with narcissism.

Does that mean our tax dollars actually fund a national case of narcissism?

And, just like it has over the preceding thirty years, the conversation keeps coming back to that dreaded Baby Boomer “time-bomb” ticking away at the very heart of America’s future—those darn entitlements.

In fact, Former Senator Alan Simpson, a likeable guy with a reliably folksy style, recently warned that leaving Social Security, Medicare and Medicaid on “auto-pilot” would “crush” the U.S. economy. Funny, but isn’t the economy looking a bit crushed already? And isn’t the point of these “entitlements” to soften the blow of a “crushed” economy? Or to mitigate the unfortunate tendency of a fully-functioning free market system to economically crush some people? It’s meant to provide a sense of “security” to the hurly-burly “social” structure of capitalism. To “care” for you medically when you get older or if your income declines or falls short. Wasn’t that the whole point of the New Deal?

It’s not that Simpson is being disingenuous. The $14 trillion national debt is a huge problem, particularly since it’s floated in no small part by foreign investors. And there is no doubt that we spend too much. But we also take in less and less from the people who benefit the most from the game—the super-wealthy, the investor class and corporations. They use legislatively-engineered loopholes and offshore bank accounts to avoid the tax burden the rest of us “also-rans” must pay to support a system that makes the “winners” so rich.

Frankly, the real issue is one of semantics. The entire budget is, in fact, filled with entitlements, many of which are secured by corporations and the wealthy folks who run them. They use the budget as a slush fund to protect their interests. To secure easy access to natural resources and to create business-friendly tax credits. They also fund congressional sponsors of pocket-lining earmarks and an array of subsidies for everything from high fructose corn syrup to advertising assistance in overseas markets. Heck, the budget even pays for government-funded trade missions that produce lucrative deals for business benefactors. These are, in effect, all entitlements.

And there is no bigger “entitlement” than defense spending. It is corporate America’s über-entitlement.

Although we are reminded repeatedly that the military is there to protect our freedom, more often than not its use or mere presence does little more that protect business investments and support corrupt regimes with financial ties to US corporations. It’s also used to secure or retain access to the resources corporations want to sell back to us. Oil is the obvious case in point. Whether it’s the invasion of Iraq, or the incredible amount of weapons we sell to Middle East dictators, our heavily subsidized defense industry is the guarantor of all those business investments our wealthiest folks made and continue to make in the region. Look at the landscape of last sixty years and you will find natural resources and business ties wherever you find troops on the ground or weapons being sold. Or you will find a new “market” they want to “open.”

It’s no secret. When you hear politicians and planners say that “American interests” are at stake, just look at who’s invested there, what is being mined or extracted, or how big a customer that country is in our military marketplace. Follow the money.

You can follow it right back to Washington, D.C.

Since 9/11, the region has been a virtual boomtown. Fairfax and Montgomery counties have two of the highest per capita incomes in the nation and two of the best public school systems. The area is essentially recession-proof. Why? Because yearly increases in defense and homeland security spending fill the budgetary trough with public money. And, because the “War on Terror” will never end, it’s a reliable source of income. Look no further than the Pentagon itself for this assurance. At a recent “military investment conference,” the Pentagon’s lead weapons buyer told big-shot defense contractors and Wall Street money changers that the Department of Defense is committed to continued, “long-term” profitability for weapon-makers, despite economic and budgetary pressures. Ashton B. Carter, the “buyer,” said, “Taxpayers and shareholders are aligned.”

Actually, legislators and their corporate buddies are aligned in keeping the defense budget entitlement flowing into their bank accounts. If nothing else, the fear being “unpatriotic” makes most legislators reliable supporters. Since it was first turned on during the Cold War, the national security spigot is money in the bank for entitled defense contractors. For them, national security is the ultimate in social security.

Now, it might actually be a good investment for the American people to spend big on securing oil with brute force. But the folks who rely on our taxpayer-funded security service also refuse to give us a discount on the oil we helped them get in the first place. Quite the contrary. Despite using Uncle Sam’s deep pockets to capture one of the world’s largest oil reserves and parcel it out to a web of sycophants, the price of gas continues to rise. In business, that’s called a bad “ROI,” or “Return On Investment.”

They get all the bucks and we foot the bill for all the bangs. And mourn all the deaths.

Think about it. It’s a perfect investment opportunity. Imagine owning stock in both an oil company and a defense contractor! Bonus! Not only do you sell profitable weapons to the taxpayer-funded military, but you also get to use that military to protect your overseas oil investments! Your deals with corrupt regimes are sealed with taxpayer-funded foreign and military aid, and the US navy protects your expensive tankers and key shipping routes. You then sell the gasoline you’ve acquired to the people whose taxes helped you get the oil in the first place. And, in the process, you make a profit selling arms around the world to friends and future foes alike, often with the help of the US government.

More and more, however, the American people realize that the world is not quite as scary as we’ve been told. Homeland Security finally retired that color-coded “Denny’s menu-of-fear” about four years after everyone started ignoring it. And, now that we’ve seen defense-related spending rise to $1 trillion in 2010, taxpayers are not as “united with shareholders” as Ashton B. Carter claims. A poll shows that people are not so sure we have the wherewithal to finance an empire that has us deployed in over 150 countries.

Meanwhile, the newly-elected Congress prefers to bloviate about meaningless reductions to an array of hot-button grudges held by social conservatives. Among the $100 billion in cuts they’ve proposed, they plan on taking out Public Broadcasting and AmeriCorps. Wow. That’ll fix the budget. And the defense budget? They ain’t gonna budge it. Not much. Frankly, their piecemeal proposals conveniently keep the problem of Social Security and Medicare alive, because, in the final analysis, the longer it is thought to be “in crisis,” the easier it will be to eventually pull the plug on them both…forever.

Until then, many of those politicos want to increase the retirement age and reduce benefits so granny has to greet at Wal-Mart to feed her cat. And herself. Maybe even from the same can.

Most of them are practiced at playing the budgetary shell game that takes a flush Social Security trust fund and borrows from it to pay for all those corporate entitlements. Then they tell us Social Security is in “crisis.” Do you really trust them with the trust fund?

Ultimately, the future of Social Security and Medicare relies specifically on cutting the other entitlement garnishing every spending bill—the defense behemoth.

Do we really want to see our elderly mired in poverty? Suffering from untreated sickness? All while we support business’s profitable safety net of military bases around the world? Or do we want to reintroduce corporate America to real cost of doing business in the “free market” they’ve created?

The death of defined benefit pension plans and likelihood of a cat food retirement for millions means it is time to look in the mirror and take seriously how ugly that empire looks to the rest of the world and how much that sense of entitlement is mortgaging our future.

'Entitlements “R” Us' have 2 comments