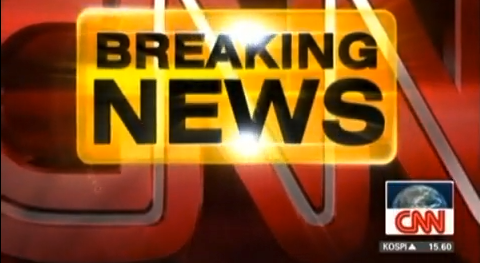 Just watching the opening minutes of the cable news coverage of the attacks in Norway…it is easy to see how easily reporting slips into speculation. It is so common that it just seems normal.

On CNN, their comely, bare-armed news reader immediately threw the “coverage” to a satellite link-up with London, where they had their terrorism “expert,” some guy named Paul Cruikshank, poised to weigh in on the attacks.

So, the glittery gal spent five minutes getting their paid expert to speculate. It took no time flat for it to be framed as an Al Qaeda plot. Then came all the possible motives, all the “hallmarks,” all the blah-blah-blah. Maybe it will turn out to be exactly that…but, until the reporting is done and the facts established, all they did was cram the airwaves with a bunch of opinion.

And that happens all the time. In fact, it is par for the course. Get a headline off the wires and fill up the segment with speculation from experts. It isn’t news. It’s opinion. But they pawn it off as news and, in their laziness and contempt for basic rules of journalism, they offer little more than sexed-up fear and malformed misinformation.

Hey, CNN. Go get some facts. Report. And stop taking the easy route of relying on a paid expert sitting in an air-conditioned studio in another country. That ain’t news. Although, based on what I see on your celebrity scandal-obsessed network, that may be news to you.

'Reporting vs. Speculation' have 2 comments