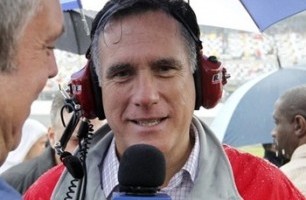 If Mitt Romney has proven one thing, it is that cloning is still a tenuous and imprecise science, because that is exactly what he is…a failed attempt to clone Ronald Reagan.

We are seeing evidence of that fundamental malfunction each and every day.

The MittBot has the hair, tries (quite painfully) to recreate the smile and the homespun pacing and has shown a willingness to reverse all moderate stances on social issues to please a base built on Christian rage and fear. He tried to frame this election as Carter vs. Reagan 2.0. He even resurrected “are you better off now than you were four years ago?”

This is not Invasion of the Body Snatchers, although that’s exactly the sort of Christian Conservative Pod Person the GOP base wishes they were getting. Sorry, Santorum.

This is not Twins, although some certainly hope to find an Arnold Schwarzenegger corollary to the Danny DeVito reality presented by Ron Paul.

And no, this is not even The Stepford Wives. That effort is wholly dedicated to creating female anchors for FOX News.

No, the effort to clone Reagan is, in the case of the MittBot, more like Multiplicity.

In that somewhat flat flick, Michael Keaton’s character begins to generate clones of himself to be in various places at the same time. Sounds a lot like Romney’s challenge, which is to simultaneously occupy as many different political positions as possible.

The problem — for Keaton in the movie and for the GOP in this election — is that each time a new clone is made to meet a new perceived need, the quality of that clone declines until we end up with a woefully compromised copy of a copy.

Ultimately, we end up with this: 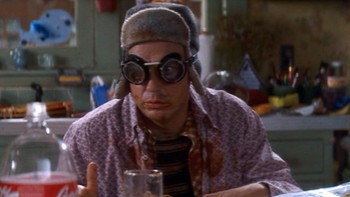 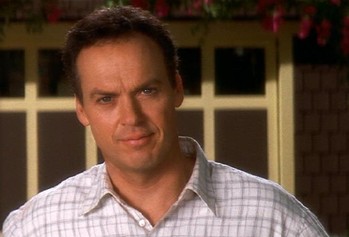 And the GOP has ended up with this: 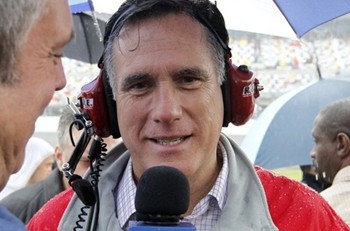 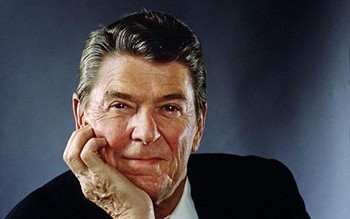 If nothing else, this clone — like the imbecile in the movie — offers a little bit of comic relief in the midst of another painfully overpriced and ineffectual presidential campaign.

Unfortunately, this means that the biggest issues — empire, entitlements, environmental crisis — are once again likely to be lost to a political reality show in which we are left with the one guy who didn’t get voted off the island.

It does, however, illustrate the extent to which the GOP is now a FrankenParty of sewn-together spare parts assembled from varied interests — Christian zealots, dogmatic libertarians, Tea Party foot soldiers and the malingering elites of the Eastern Establishment. And I think we all know which of these factions provided the “Abby Normal” brain!

It is possible that this is, in some bizarre way, good news. Perhaps it portends a split or the coming of a new political party. Or, perhaps, the villagers will storm the castle.

Maybe the body politic will finally throw its creator over the wall!

Ironically, that is exactly who Romney represents — the old, staid financial elites of the GOP establishment that created this oddball coalition in the first place. Alas, his private equity pedigree and the misguided attempts at transforming him into a clone of the Great Communicator only exacerbate his inability to look like a man of the people.

Or even to look like…a real person.

The GOP planned to debut a hologram of Ronald Reagan at the much-panned Republican National Convention. Instead, they just rolled out little more than a poor facsimile of the Great Gipper in the Sky.