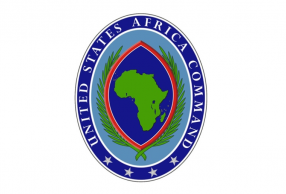 What is happening in northern Africa?

Suddenly, we’ve got a war in Mali, “terrorist-jihadist-militant-one-eyed-something-or-others” in Algeria and the dreaded Al Qaeda of the Islamic Maghreb threatening the entire region!

Question: When Leon Panetta talks, does anyone listen?

Why? Because Panetta knows exactly what is happening, according to an overlooked story from The Hill:

Panetta: ‘No question’ US counterterrorism campaign in Africa led to Mali conflict

“There’s no question, as you confront [Islamic extremists] in Yemen, in Somalia, in Libya, that they’re going to ultimately try to relocate. So, you know that certainly, I think, is a consequence,” Panetta said Monday.

Team Obama’s often-overlooked expansion of the War on Terrorism—in Yemen and Somalia, into Uganda, Kenya, Libya and various points around Africa—is actually inciting a response. Apparently, some people don’t like US troops, drones, advisers and weapons popping up in their backyard.

Perhaps coincidentally, the son of a Kenyan has taken full advantage of AFRICOM, which is the Africa-centric corollary to, among others, NORTHCOM (North America) and PACOM (the Pacific) and the candidly-named CENTCOM (yes, the Middle East is and has been the Pentagon’s “Central” Command).

AFRICOM was created right before Obama took office and it is growing in power and influence. Troops and trainers are currently “doing the continent,” and we can expect a lot more action in the months and years ahead.

Forget Iraq, with all those bombings and all that carnage US forces left behind. Africa is brimming with oil, rare earths, and mineral resources. And it features a patchwork of easily-corrupted governments. Can you say “Nigeria?” Shell and Chevron can, and have for years!

To that point, Panetta just threw down another gauntlet:

Panetta in London says terrorists will find ‘no refuge’

And so it goes.

Despite the all that doom and gloom about the impact of the dreaded sequester on defense contractors, there is good reason to believe that the War on Terrorism is still a growth industry.

Single-bid contracts will keep on coming, easily surpassing the $1.6 trillion issued since 2000. And Washington, D.C. will continue to be America’s lone recession-proof economy.

'A Moment of Truth from Leon Panetta' have 2 comments