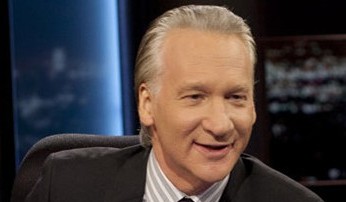 Bill Maher is a funny guy.

But he’s not very reflective.

That’s because, quite ironically, he’s fallen into the War on Terror trap—the comfortable and comforting stereotype of angry Muslims as irrational ideologues armed with religious hair-triggers and little else.

Like so many of the so-called “Left” in America, Maher has basically accepted the key notion that a whole population of like-minded people have decided to kill Americans because of an irrational religious belief system.

Maher’s go-to example of the Muslim world’s “unique” religious insanity is the way Muslims seem to go ballistic whenever “The Prophet” is offended—in cartoons, bad movies or by American soldiers burning Korans.

It’s not that it hasn’t happened. It has. Muslim outrage over real or perceived sleights to The Prophet and Islam—which forbids graven imagery of God and, in some cases, Mohammed—is no laughing matter.

But isn’t it interesting that the supposedly “Liberal” Obama Administration is currently fending off scandal-hungry Republicans because they tried to pawn off a “terrorist” attack on a paramilitary target (the Benghazi “diplomatic facility” also housed a “CIA annex”) as little more than a predictably frenzied Muslim response to an offensive movie?

That’s where Maher picked it up on an episode of “Real Time” when the topic strayed from GOP efforts to hang Benghazi on the Democrats to Maher’s relentless drumbeat about the inherent nuttiness of Muslims. Bill even entertained the possibility that it is better to keep dictatorships in control of Muslims because, like the Arab Spring in Egypt, when you let them have some freedom, they naturally become a mob of theocratic loonies. In other words, their kooky religion means Muslim masses cannot be trusted to govern themselves.

Unfortunately for Maher, he had Glenn Greenwald—America’s leading voice of reason and roving moral conscience—sitting across the table from him. Not coincidentally, Greenwald lives in Brazil and writes for a British paper, but those aspects of his pseudo-exiled status haven’t stopped him from holding a sharply-focused mirror up to America’s darker side, or from reaching a growing audience of disillusioned Americans.

And when it came time to hold up a mirror to Maher’s jingoistic and oddly unreflective take on Egypt, Greenwald did not disappoint:

Maher’s dismissive take on the consequences of American imperialism is not only puzzling, but it is also a bit alarming. If this is the view of a high-profile “Liberal” regarding America’s ongoing assault on key Muslim countries and its proxy wars around the globe, the future of the “Left” looks pretty bleak.

Really, hasn’t that been the story of the Obama years thus far?

Like the Cold War before it, the Neo-Con’s War on Terror has been transformed by Obama into a normalized fact of American politics that both sides must heed, lest they forgo their status as “patriotic Americans.”

And Bill is nothing if not patriotic. The way we know he’s true-blue? He’s got the one thing necessary to be a real, post-9/11 “patriot” actor—a blind spot.

To accept the drone war and the black hole of Gitmo and a policy of extrajudicial assassinations and all those convenient tropes about Muslim “radicalization,” one must remain blind to the implicit and, more shockingly, to the explicit causes of Muslim furor against—and let’s be honest here—the highly militarized American empire dominating their lives.

That blind spot keeps the culpability out and the easy assumptions in. How else can one square their beloved American “values” with actual American actions that kill so many innocents—men, women and children—in far-off lands?

When Greenwald countered Maher’s arguments with obvious comparables of religious extremism—Lt. Gen. Boykin’s “Our god is bigger” rationale for destroying Iraq and radical Judaism’s role in extending a religiously-based homeland in the Occupied Territories—Bill’s bizarre response was to attack Greenwald’s “silly liberal view that all religions are alike because it makes you feel good.”

Really, Bill? Are you the same crusader for rationality who made “Religulous?”

Did you forget about George the Younger’s claim that his decisions, particularly about going to war, were answerable to a “higher father?”

Or the imposition of Evangelical teachings at the Air Force Academy?

Or the way “God” and “faith” are now litmus tests all politicians must pass if they have any chance of being elected?

How about the odd alliance between Christian Zionists and Israeli advocates of a greater Israel, both of which rely on “holy books”—the New and Old Testaments, respectively—to establish their God’s role as a metaphysical real estate agent?

In Maher’s case, the blind spot is almost comical. An avowed, proud and exceedingly loud atheist, it is amazing that he is unwilling or unable to see the role religion played and still does play in America’s imperial ideology. Like many of the right-wingers he likes to razz, he’s blotting out Christianity’s role in the genocide of the American Indians, the missionary impulse toward “Little Brown Brothers” in Asia or the way propaganda about “Godless Communism” was the centerpiece of Cold War jingoism for the better part of the “American Century.”

But the most glaring example of Bill’s blind spot was the segment that immediately followed his tense exchange with Greenwald. It was a recurring gag titled “The Search for America’s Craziest Congressman,” this time featuring Rep. Paul “Evolution is a lie from the pit of Hell” Broun (R-GA) and Rep. Michelle “The Muslim Brotherhood controls our foreign policy” Bachmann (R-MN). Two incredibly religiously fundamentalist Christians harboring an array of strange views, Maher even termed them as a “danger to democracy.”

Next he brought out Zachary Quinto, an openly gay actor currently making a name for himself as the rebooted Mr. Spock. Defying all logic, Maher started the discussion on newly-out-of-the-closet NBA center Jason Collins, referencing the critique of Collins’ gayness by ESPN commentator Chris Broussard. Maher lampooned Broussard for opening his commentary with “As a Christian,” which Bill pointed out means he’s a moron, and then he admonished those who “…use the Bible as a cudgel against the Gay.”

But the irony didn’t end there.

Maher moved the discussion to the NRA and gun rights, picking up his consistent theme about Americans loving guns and being violent. He predictably attacked the “fantasy” held by many “right-wing” gun owners that they may need them to rise up against tyranny here in America.

Then came the coup de grâce.

In his “New Rules” segment, Bill got some good laughs about the Christian heavy metal singer who tried to have his wife killed by a hired assassin. The joke turned on the fact that the Bible does, in fact, offer a variety of valid reasons to kill one’s wife and nearly two dozen verses that expressly support it.

Had Bill looked in the mirror after delivering that punchline, he’d have seen that the joke was suddenly and irreversibly on him.