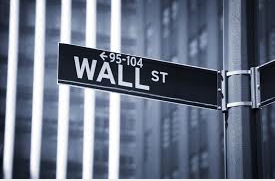 Newsvandal has a new story on Consortiumnews: America’s Surge Toward Oligarchy. It details the “cradle to grave” control of the Dodd-Frank financial reforms and how the plutocracy pays off its members in so-called “public service.”

In fact, the banks have been buying off regulators to help them comply with the reforms they’ve already watered down. It’s a practice rife in Washington and it amounts to a fast-track to the plutocracy leading from the nation’s capital to Wall Street and vice-versa.

Thus far, the biggest banks have held on to their “too big to fail” position, but the more important question is whether the American plutocracy also “too big too fail?”

While the elite of the elites get richer and richer and, therefore, can afford to exercise more and more influence over elections, another new study shows that nearly “one-third of American households — 38 million of them — are living a paycheck-to-paycheck existence.” And a new Gallup poll shows an increasing number of households teetering on the brink of “hardship” due to a lack of savings.

This rise in economic insecurity reinforces the plutocracy’s political strength by diminishing ability of non-plutocrats to exercise power or force their policy preferences through the machinery. Most Americans simply cannot afford to lobby lawmakers, attend rulemaking meetings or hire people away from agencies to guide them through the system.

'Dodd-Frank and America’s Plutocracy' has no comments