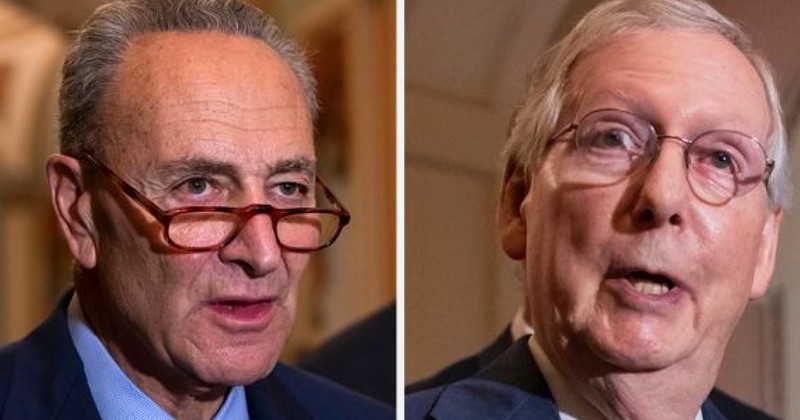 The Kavanaugh drama is entering its final act. Senators voted to move the nomination to the floor for the final “debate” and vote. And if you compare the pre-cloture speeches by Grassley & McConnell vs. Feinstein & Schumer, you can see and hear exactly why the GOP always wins head-to-head messaging battles.

The two Republican Senators forcefully repeated talking points, key phrases and attack words … some of which Kavanaugh himself used during his testimonial tirade … and those same hot-button flash grenades were consistently deployed by the entire GOP machine over the course of the last week. It’s been a study in the power of message discipline. And Grassley & McConnell also went hammer and tong after their colleagues on the other side, attacking their credibility and their motives. They made the Dems look callow and inept.

Meanwhile the two Dem Senators flaccidly beat around the bush … refusing to fully impugn Kavanaugh or their frothy opponents. They were unwilling or perhaps unable to voice the anger and passion of their constituents … which, as we have seen repeatedly, is exactly what the GOP has done since the coming of the Southern Strategy. It’s a technique that culminated in the rise of the Tea Party and the election of Donald Trump. And it’s not just about the GOP “manipulating” their supporters … it’s also about their supporters finding “representation” through the political posturing of their leaders. It is transactional.

The Democrats, on the other hand, find themselves perpetually distanced and disembodied from their base. They don’t act as a megaphone. Instead, they repeatedly put a lid on their base’s instincts. And that’s why Obama won twice and Hillary failed twice … because rhetoric matters.