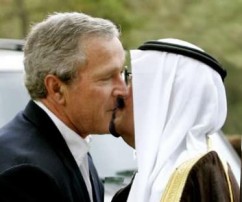 Our President…and yes, he’s “ours”…was asked today about the Israeli bombing of a suspected nuclear power plant being built in Syria a couple weeks ago.

Now, let’s put aside the strange pass Israel gets from us and the rest of the world to simply fly over a sovereign nation and bomb away at anything they don’t like. The site wasn’t even close to anything like a power plant…yet…and under international treaties the Syrians can legally build nuclear power plant.

But again…let’s move on.

A reporter asked Prezzie about it and made a reference to a similiar strike by the Israelis on a plant in Iraq back in 1981.

Prezzie said to reporter David Gregory, “Ya know, Dave, I don’t remember what I was doing in 1981.”

Momentous year, that was…his dad became Vice President after being forced onto his hated rival’s ticket by a strong arming Senator Nelson Rockefeller at the GOP National Convention.

…the guy his dad tried to beat in the primaries and was now “serving” as Veep.

Kinda memorable, I think. Don’t you?

Even more memorable is the fact, reported for only on the day of the shooting and then it disappeared, that John Hinckley, Sr. was one of daddy’s longest political contributors. That the Hinckleys and Bushes were long-time family friends who lived in the same Houston neighborhood. The Hinckley boys knew the Bush boys. John Jr. and W were in the same circles more than once.

I’d remember that, wouldn’t you?

And John Jr.’s brother Scott was meeting with W’s brother Neil the very day of the shooting to discuss a gov’t investigation into the Hinckley’s oil company, Vanderbilt Oil.

Perhaps it was due to W’s busy schedule running his oil company, Arbusto, into the ground. He got that money from a middleman named James Bath. Bath was also the guy who arranged for his deferment from the National Guard. Bath got the money for Arbusto from a guy name Salim bin Laden.

Our Prezzie loves the Saudis…

…so you’d think he’d remember that. Particularly with the name “Bin Laden” in the news so much.

But no, he doesn’t recall.

Perhaps it’s not his fault.

Because his dad, the guy who’d have become President in 1981 if his contributor’s son had been successful, also has some memory problems.

When interviewed, daddy said he couldn’t recall where he was when he heard that President Kennedy was assassinated.

He might be the only man in America at the time who doesn’t remember, but he’s only human.

I wonder, though, if he remembers calling the FBI the day of JFK’s murder to warn of them of a possible assassination attempt.

I mean, we have this document:

But then, he also doesn’t recall briefing J. Edgar Hoover three days after the murder on the reaction of Miami Cubans to the assassination. There is documentation of that, too.

Memories can fade. Lies, though, seem to persist.

'Thanks for the Memories…or Not.' has no comments