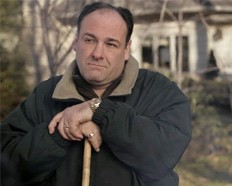 What if Tony Soprano had drones? Imagine the possibilities—to closely monitor your protection racket, to efficiently clip your enemies and to perpetually project your power throughout your family’s territory. And it could all be done with push-button ease from the Bada Bing. But you don’t have to wait for the J.J. Abrams Sci-Fi “re-boot” of the Sopranos franchise to see exactly how this all might unfold. That’s because it is happening right now, with America in the role of the Capo dei Capi and the globe-spanning American empire as the family business it runs with a cold and calculated efficiency. Everyone is a potential target in the War on Terror’s lingering “With Us or Against Us” protection racket, and drones are the crooked-nosed enforcers that kill without remorse, without hesitation and without accountability—except to the inner sanctum of top bosses who operate according to their own secret code and compile their own secret hit lists. Perhaps that’s why the President of Rwanda, when pressured by Assistant Secretary of State Johnnie Carson to “put a bag” on a Congolese troublemaker in his “crew,” asked the global Godfather’s consigliore for a favor. According to an interview excerpted in The Guardian, President Paul Kagame said “…since you are used to sending drones and gunning people down, why don’t you send a drone and get rid of him and stop this nonsense? And he [Carson] just laughed. I told him: ‘I’m serious’.” Of course he was serious. That’s the way imperialism works in the 21st Century. If all this sounds a bit fanciful and outlandish, the fact is that Kagame’s plea is rooted in the very real practice of whacking a regime’s political enemies as a quid pro quo for use of airspace by US drones. Although the story was quickly lost to the monomaniacal coverage of the Boston Bombing, former Pakistani President Pervez Musharraf verified the terms of the US protection racket, which was agreed to during his time as the US-backed leader of his country. Recast as a stool pigeon, Musharraf sang like a canary before his sudden arrest and ensuing tangle of legal woes essentially “put a bag on him” before Pakistan’s election. But the questions he raised are more pertinent than ever, particularly as it relates to the ongoing war almost no one in America knows about—the war in Yemen. According to a sidebar on a USA Today story about yet another “suspected” US drone strike killing four suspected militants in that repeatedly bombed country: “Drone attacks in Yemen have spiked since the new U.S.-backed president took power last year.” So, what accounts for that spike? Is it simply that the US finally found a crusader against “Terror” who is committed to ridding his country of evildoers? Or, in light of Musharraf’s revelations, is the US simply eliminating the internal enemies of yet another crony Capo who cut a deal to keep him and his crew in power while the American protectorate over a strategically-located region remains firmly in place? How can we ever really know that President Abdrabuh Mansur Hadi and the US are not using “Al Qaeda” as a convenient catch-all cover-story to hide something far more mundane than a War on Terror? And what about all those other drone strikes over the last decade—in Afghanistan and Somalia? Because the mainstream media is absent, supine or intimidated, those vital questions about exactly what a “militant” is or who these victims really are—from Pakistan to Yemen and beyond—is largely dependent upon information coming from the people with a vested interest in spinning the story into the best light possible. How are we to know if this is truly a War on Terror, or just the same old imperial protection racket so blatantly and obviously a part of the way America has traditionally done business? Unlike “terrorism,” it’s nothing personal. It’s just business. Big business, in fact. In truth, American Imperialism has always had a mafia-like quality to it. Massive interventions, permanent occupations and outright annexation have not been the preferred “M.O.” of the US around the world. Rather, the Godfathers of American Exceptionalism prefer protection rackets—picking out a local Capo to govern his territory while, in turn, giving US corporations “a taste” of “the action”—bananas, oil, minerals, construction contracts, market access, cheap labor—in the little dictator’s country. If the dictator needs something—weapons, “special” enforcers, loan sharking, money laundering—they simply come to the boss and ask. In turn, the dictator —from Panama to the Philippines, from Egypt to Iran, and so many more—gets “protection” at home and abroad. But the messier parts of that protection racket don’t really square up with America’s self-aggrandized view of itself and its mission. At least, not with the view that’s been sold in high school civics classes, in those glossy images of popularized American history or by the mainstream media’s factory of flag-waving fealty. Now, the drone war is laundering all those illusions through yet another protection racket—the fear of radicalized terrorists whose only motivation is the mere existence of America. It protects the people and their leaders from the truth and consequences of global empire. Americans can still choose to accept or reject these illusions about the benign or justified exercise of US power around the world. But for too many innocents on the front-line of this drone war, America is making them an offer they simply can’t refuse.