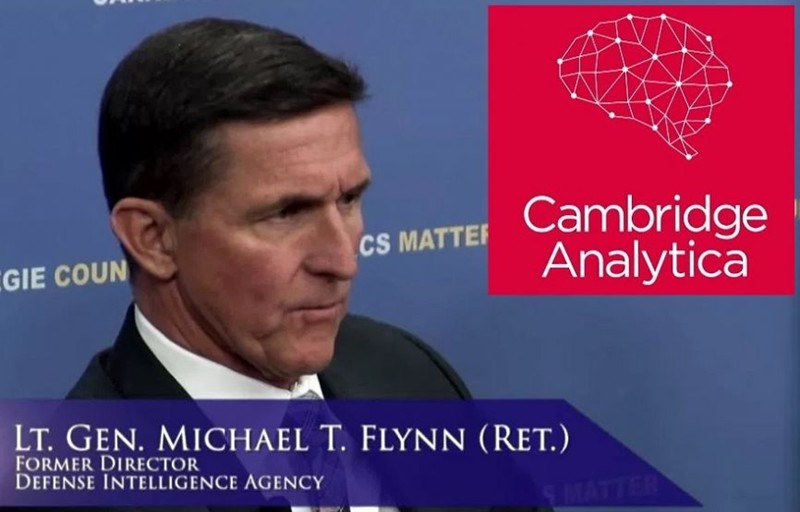 The newscycle is spinning on the Washington Post’s new story about the Obama Administration’s response to Russia’s cyberattack. It’s fairly detailed, it claims that the CIA got smokin’ hot intel directly linking Putin to election interference and it’s been expertly parsed by the indefatigable Marcy Wheeler of Emptywheel. As ever, it seems to leave as many questions as it answers.

But a new report that investigators are probing for potential links between Team Trump and recently revealed hacking into 21 state voter databased is the first bit of info that has me wondering if the trail of collusion is getting warmer. Let me try to put this together.

Up to now the “collusion” deal has focused on the DNC hacks. The chain of evidence on that is super weak. There’s Guccifer and Roger Stone, but then there’s also the countervailing oddities of Crowdstrike and Craig Murray and continued denials by Assange. Assertions by 17 intelligence agencies notwithstanding, unless we see some direct, independently provable link … it’s gonna be hard to convince a lotta peeps … and still harder to prove collusion in any still far-off impeachment trial.

Unless Trump’s peeps were stupid enough to leave a paper trail or emails or talk to Russian agents over unsecured phone lines … that case seems a bit cold. But now we have this new front … the hacking of 21 state-level voter databases. It looks like it was a data pull, not a prelude to altering vote tallies.

Why is this important? Because of Cambridge Analytica. It is a data broker/electioneering firm that took credit for the micro-targeting of voters through social media by ID’ing them as potential pro-Trumpsters/Anti-Hillaryites and then collating data from their posts and their voting history. They used that to produce specifically tailored messages and stories (largely on Facebook) designed to drive them away from Hillary and/or toward Trump. And they sought to turn their election success into US contracting gold after Trump as inaugurated.

So, who is the money behind it? That’d be billionaire Trump and Breitbart supporters … the Mercers. In fact, Steve Bannon was Veep on Cambridge’s board. Also, it is a subsidiary of the Strategic Communications Laboratory group, a British company that specializes in the kind of data use that could easily be categorized as “psy ops” and “disinfo.” And surprise! Michael Flynn served as an advisor to SCL in 2016 … which makes sense since he had led in the Defense Intelligence Agency and pro’lly knows a thing or two about psychological warfare. Also, Flynn is obviously pretty comfortable on cashing-in on his service to the American people.

So, what if this data breach was a goldmine for the Trump Team’s vaunted social media campaign? And who was atop that effort? Jared Kushner. Forbes remarked that Jared ran that “secret data operation–like a Silicon Valley startup.” And startups are really good at raising capital. And I would venture to guess that the capital-starved Kushner, who was severely over-leveraged on 666 Fifth Ave and searching for a deal, might have seen the long-term benefit of wheeling and dealing with Russian moneymen seeking a new laundering opportunity. Flynn, who now looks way more like a hungry profiteer than a disgruntled patriot, could’ve been a nexus for this transaction.

In fact, there is reporting that Jared and Ivanka were big supporters of bringing in Flynn. And the same goes for Manafort … another dude who knows how to do deals on the shady side of Eastern Europe.

And if true (because this is all inference), it would at least explain why Trump wouldn’t just cut bait on Flynn. Or on Bannon, for that matter. Anyone who knows where the bodies are buried … you gotta keep those peeps sweet. And the most important people in Trump’s campaign were the Mercers, Bannon, Flynn and Kushner. They were “masterminds” who engineered the political victory. Data was a huge part of their plan. And so was money. Which is why Mueller bringing in investigators with experience unpacking money laundering could unravel this thing. And following the money could be why the DNC hack is fading into the background and this new hacking inflection point is coming to the fore.

One thing is increasingly certain … Flynn looks more and more like the key Jenga piece at the center of the teetering tower of Trump. If he flips, or has already flipped — as Sen. Sheldon Whitehouse (D-RI) speculated earlier this week — then it could be a long, sweat-filled Summer inside the White House.

'Does The Data Point To Flynn?' have 2 comments