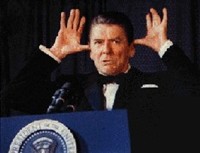 And right now, we are in the midst of an epic word game.

The name of this game is “crisis.”

First it was the “Financial Crisis.” Now it is the “Foreclosure Crisis.”

But the word “crisis” doesn’t even begin to tell the story of what happened, or what continues to happen, in America’s maelstrom of financialization, debt-trading trickery and asset hoarding.

Understanding the difference between the two is essential:

This “Great Recession” has been a scandal from day one.

It did not happen organically, nor was it just a matter of circumstance or the business cycle. It was a well-played game of slick mortgage salesmanship, cheap money lent, bad debt sold, insurance bets hedged and the whole system played like a golden harp.

The fact that so many reaped profits by betting against the market and their clients, thus making money on both the blowing and the popping of the bubble, belies the artful framing of the financial crash as a mere “crisis.” Both Wall Street and their cozy compadres in Washington worked hard to minimize the “scandal” and play up the “crisis.” To this day, the “asset hoarding” phase of this epic scandal is widely referred to as the “Foreclosure Crisis.”

This is where we need a stiff dose of American history.

Why? Because it happened before.

The Savings and Loan Crisis (1987-1994) became a “scandal” of epic proportions, ensnaring members of Congress, dropping the country into a nagging recession and leading to a massive bailout that eerily portended the coming of the Great Recession.

Back then, the initial crisis quickly turned into a scandal as the public witnessed scenes of pensioners lined up at rapidly collapsing “thrifts” and S&L “banks” in a mad scramble to withdraw what may or may not have been left of their life savings.

Back then, those scandalous S&Ls were not too big to fail or jail.

The how and why of the S&L mess reads like a playbook, one later employed by Wall Street wizards passing quietly through the revolving doors of successive presidencies.

It all started with Reagan Era deregulation and “tax reform.”

In 1982, he signed the Garn-St. Germain Act, which further removed the wall separating risk-taking S&Ls and traditional banking. At the signing ceremony Reagan even remarked, “All in all, I think we’ve hit the jackpot.”

It stoked a go-go building boom, bad investments and wild speculation. During Clinton and then Bush, the end of Glass-Steagall, artificially low interest rates, artificially high returns and lax enforcement improved upon that model.

Then as now, the financial class targeted the wealth of the middle and working classes.

In the 1980s, people poured money into Certificates of Deposits, drawn in by interest rates that seem outlandish by today’s standards. From 1981 through to the beginning of the crisis, rates even spiked to over 17%. Mostly they fluctuated between 6% and 10%. The promise of big returns gave newly deregulated institutions tons of cash to play with. Like kids rolling the dice in Monopoly, they invested it wildly—houses, office buildings and office parks. Later, financiers used the 401k frenzy, reckless mortgage lending, another go-go housing boom and a massive flood of consumerized credit to separate middle and working class folks from their wealth.

Ultimately, it all crashes. All that speculation is inherently unsustainable. They learned that during the ’80s and leveraged it in the ’00s. As the market hits the ceiling, gamblers start hedging their bets and cashing in their chips. But they know the game is rigged. Political allies quickly plan easy escapes, funding bailouts that set the scene for the real killing—taking cash on hand, or put in their hands by bailouts, to go on a spending spree, buying up the assets they initially helped to build up, but at a massive, post-crash discount.

Back then, the government sold off “toxic” assets through the Resolution Trust Corporation. Sometimes the very people who issued the risky loans at the S&Ls simply turned around and gorged themselves in the post-crash feeding frenzy, buying up those defaulted-upon buildings, office parks and even office furniture for pennies on the dollar.

In some ways, the “asset hoarding” phase is the whole point.

Unlike today, bad press and scandal dogged many of the S&L’s big players, including the Where’s Waldo of hyper-connected hi-jinx—Neil Bush. And yes, some bankers even went to jail!

Obviously, the financial class learned from history, unlike so many of their victims.

Perhaps that’s why this time they’ve avoided the scandals, even as the “asset hoarding” phase continues unabated. Right now, private equity firms, investment funds, big bankers and speculators of all stripes are using the “Foreclosure Crisis” to gobble up cheap, vacant homes around the country. While Wall Street and corporate profits climb ever higher, a new class of mega-landlords is emerging from the rubble of the so-called crisis.

This Leona Helmsley Clone Army is on the march, often populated by the very people who made the “lending mistakes” in the first place. And why not? They made the money on the upside. Cashed in their hedge bets on the downside. And then got the poor sods known collectively as “the American Taxpayer” to lend them the cash they needed to speculate and merge like mad during the hyped-up misdirection of the “crisis.”

Forgetfulness is the mother’s milk of America’s version of the business cycle.

And the fact that they’ve successfully socialized the costs of this scheme by framing it as a collective “crisis” is the biggest scandal of all. 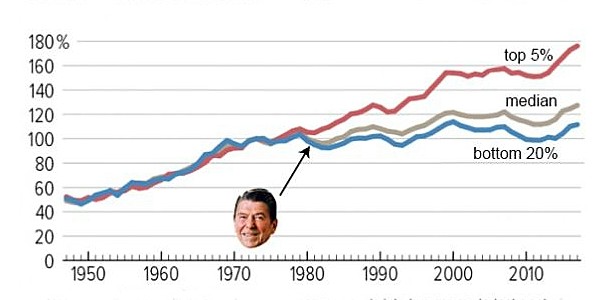